Why You Just Have to Travel to Bordeaux 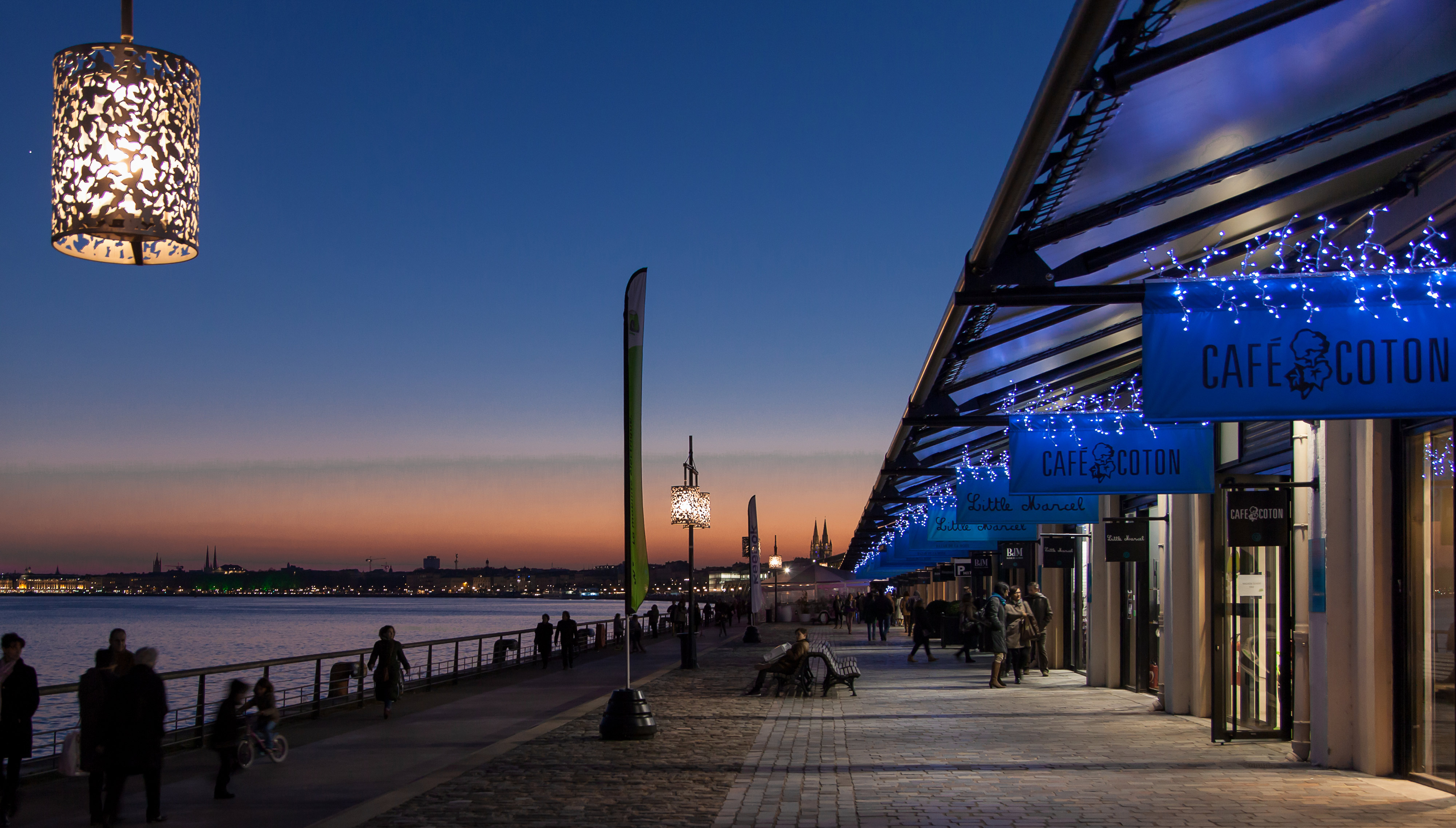 We at MeetnGreetMe love exploring and sharing hidden gems, local advice and exciting stories brought to you by local insiders. Recently we shared with you the stories full of life hacks about traveling to Amsterdam, saving money in Singapore, and hidden gems in Portugal. Today we are moving to Bordeaux – an amazing French city with rich history and super delicious cuisine. An amazing local MeetnGreeter Bosede Eniola will be our guide to this city.

Bordeaux is the capital of the Aquitaine Region and the administrative seat of the department of the Gironde. Situated in the south-west of France, the city of Bordeaux is built on the river Garonne which is wide and deep enough for merchant freight ships and even ocean liners to travel. The west of Gironde is coastal and flanked by the Atlantic Ocean.

It is the capital of the Nouvelle-Aquitaine region, as well as the prefecture of the Gironde department. Its inhabitants are called “Bordelais” (for men) or “Bordelaises” (women). The term “Bordelais” may also refer to the city and its surrounding region.

Bordeaux is the world’s major wine industry capital. It is home to the world’s main wine fair, Vinexpo. Bordeaux wine has been produced in the region since the 8th century. The historic part of the city is on the UNESCO World Heritage List as “an outstanding urban and architectural ensemble” of the 18th century. Bordeaux has the second highest number of preserved historical buildings of any city in France.

Bordeaux is called the “Port of the Moon” because of its romantic location on a crescent-shaped bend of the Garonne River. In this splendid setting that allowed trade to flourish, the city has a rich cultural heritage dating back to antiquity, to mention a few:

Flanked by the Quai Louis XVIII alongside the river, the esplanade offers peaceful waterfront views. Built from 1818 to 1828, the square’s monumental fountain honours the Girondins. There are also statues of Montesquieu and Montaigne. Another noteworthy site nearby is the Jardin Public, where you can visit the botanical gardens and the natural history museum. 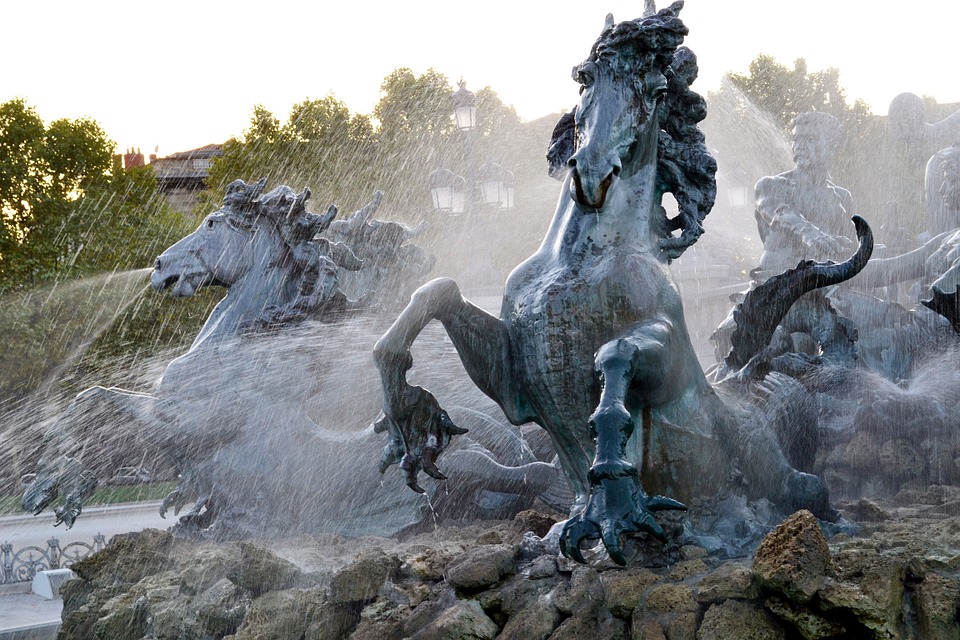 La Cité du Vin is a unique cultural facility where wine comes to life through an immersive, sensorial approach, all set within an evocative architectural design. La Cité du Vin gives a different view of wine, across the world, across the ages, across all cultures and all civilizations. 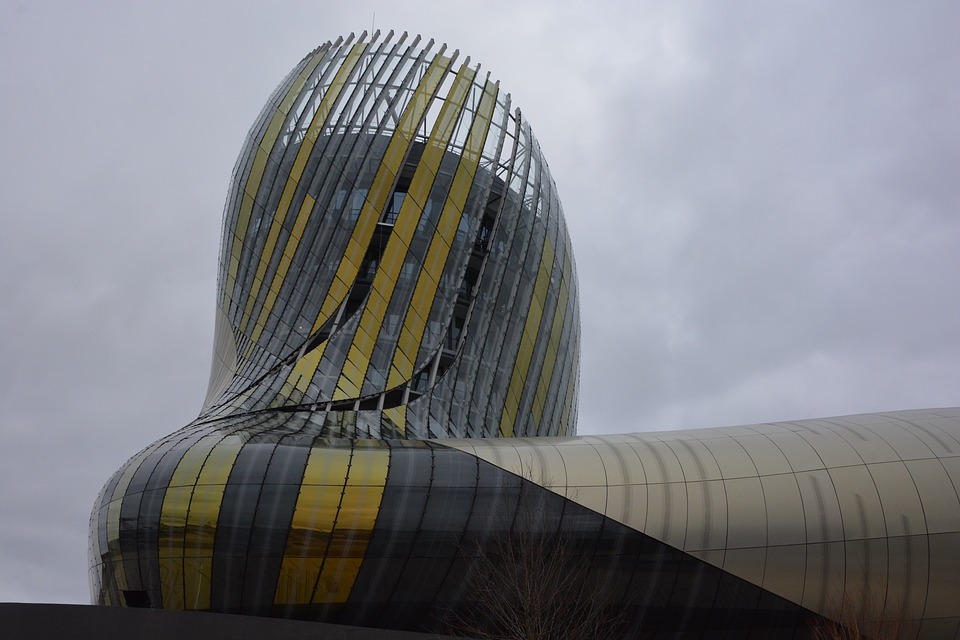 Le Miroir d’Eau (Water Mirror) is an outdoor artistic installation created in 2006. The result of a collaboration between fountain maker Jean-Max Llorca and landscape architect Michel Corajoud, the Mirror d’Eau features granite pathways and two-centimetre pools of water. The fountain system alternates between mirror and mist effects. The reflection changes with the time of day and the weather. 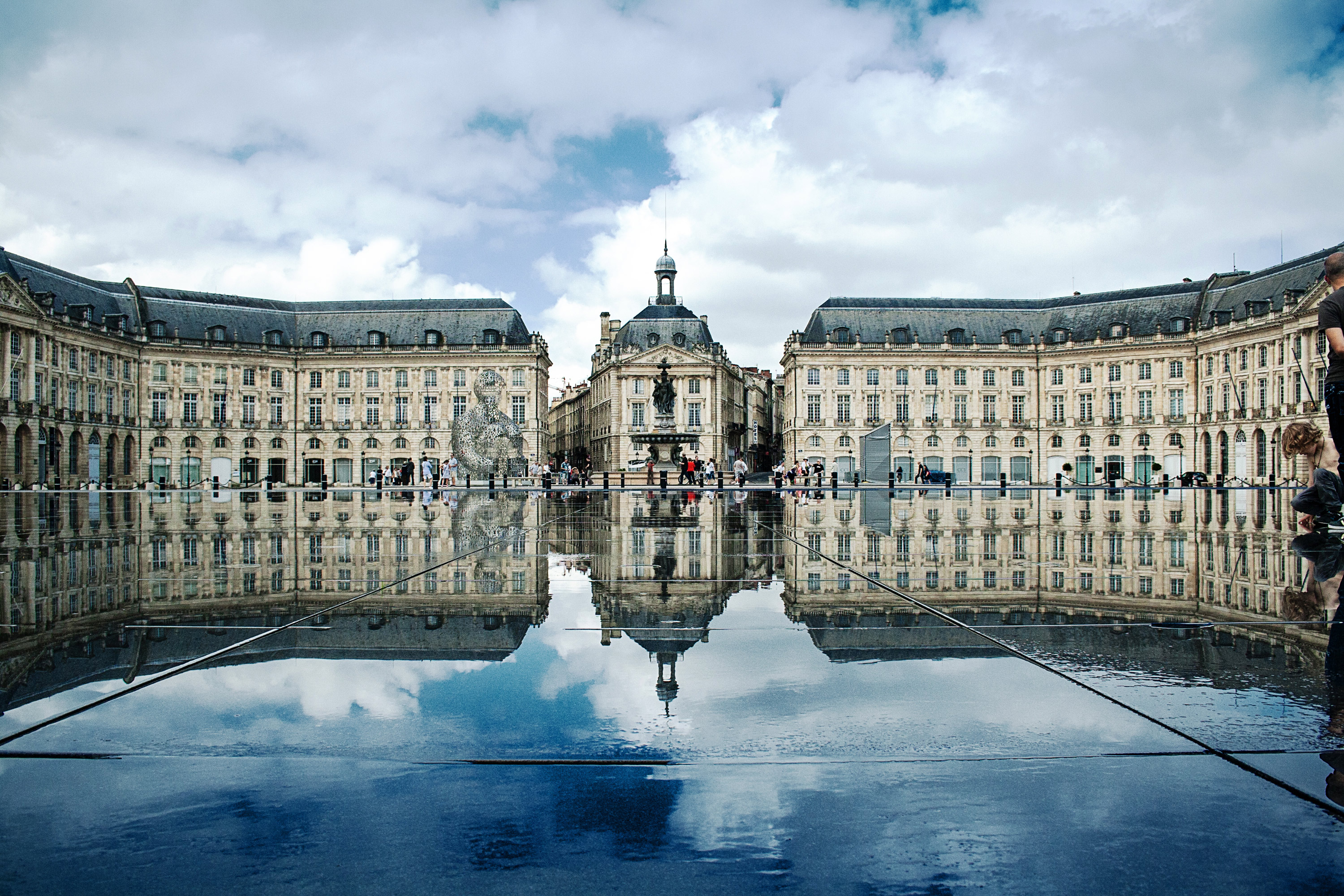 The Grand Théâtre is the centerpiece of the Place de la Comédie, a hub of city life and the ancient site of the Roman Forum. For a memorable experience, spend an evening at the theater to enjoy a performance by the National Orchestra or National Ballet of Bordeaux. 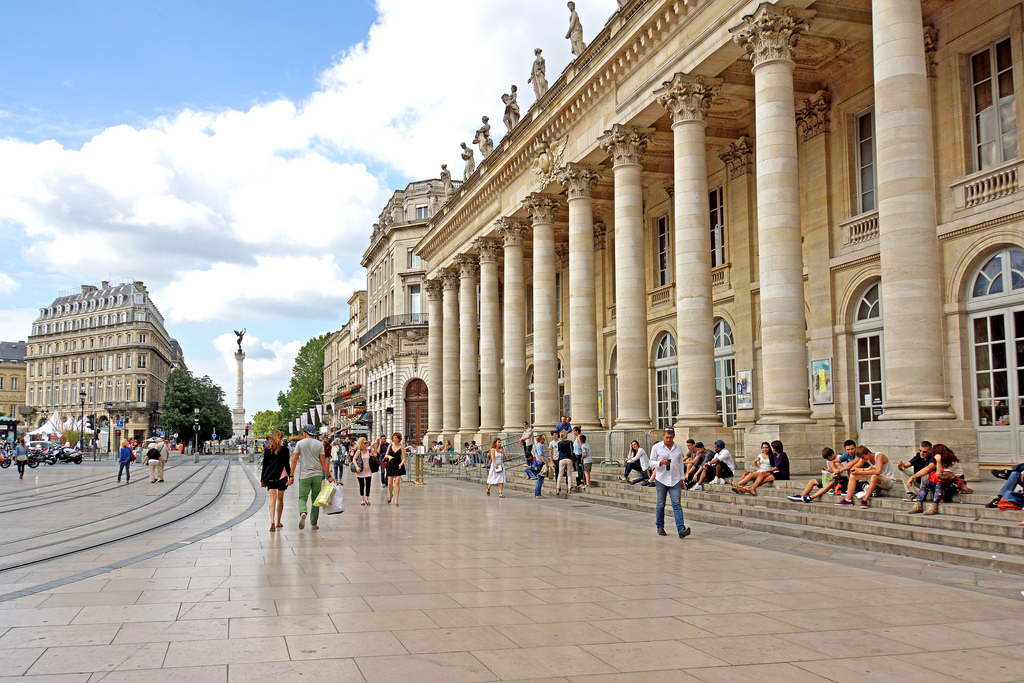 Elegant classical buildings from the 18th century are Lining the quays of Bordeaux for a half mile. This impressive collection of architecture along the river was designed to welcome and impress visitors. 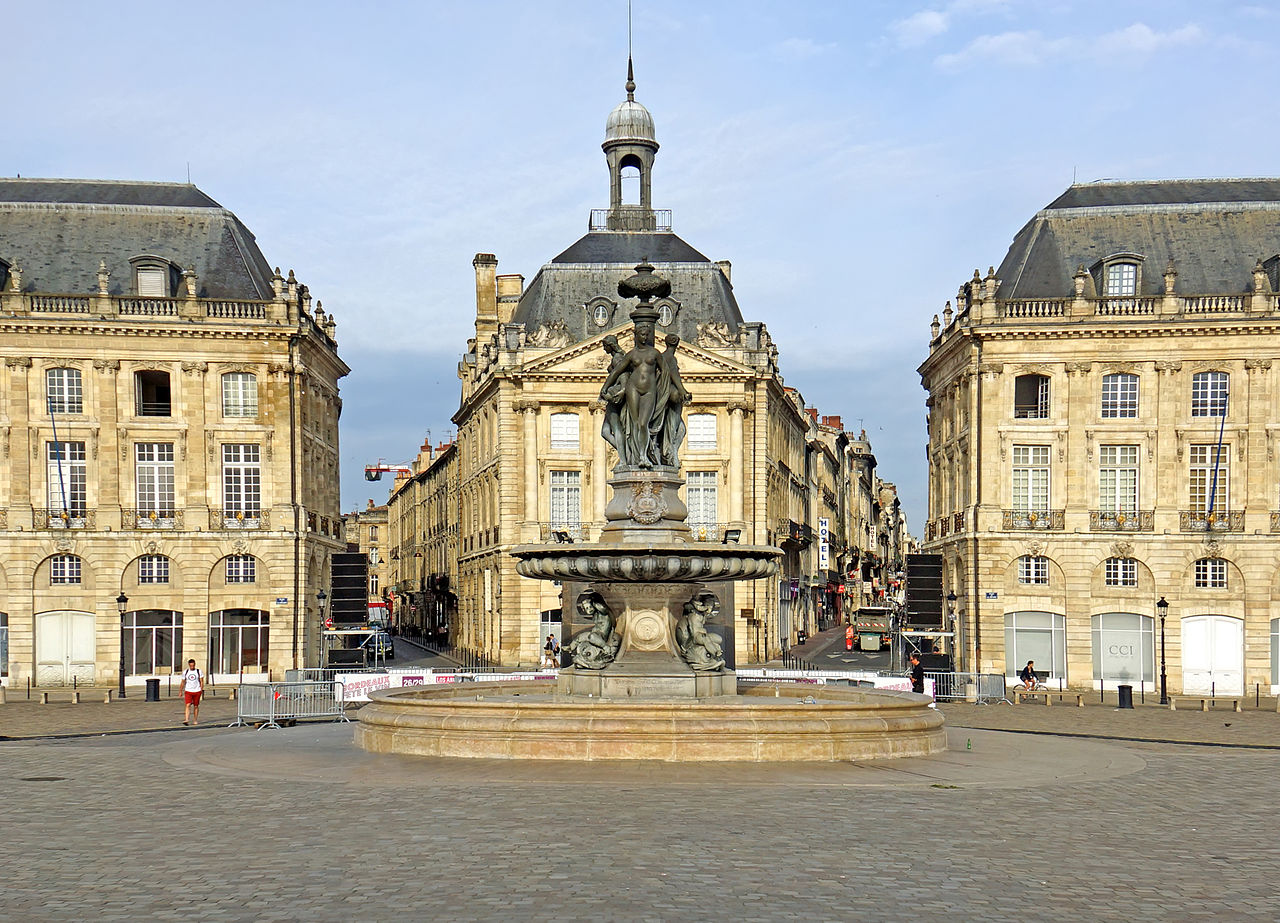 Must Try Food in Bordeaux

Discover Bordeaux’s wine, food and culture As well as being renowned for its wines, Bordeaux boasts a fascinating history, rich culture, and myriad opportunities to enjoy delectable dining. Bordeaux is carnivore city and its most famous and sought-after dish is “entrecôte sauce au vin”, also called “entrecote bordelaise”, – or simply, a world renown dish of rib steak cooked in a rich gravy made from Bordeaux wine, butter, shallots, herbs and bone marrow.

• Foie Gras – is a food product made of the liver of a duck or goose.

• Confit de canard – Duck confit is a French dish made with the leg of the duck. The confit is prepared in a centuries-old process of preservation that consists of salt curing a piece of meat and then poaching it in its own fat. 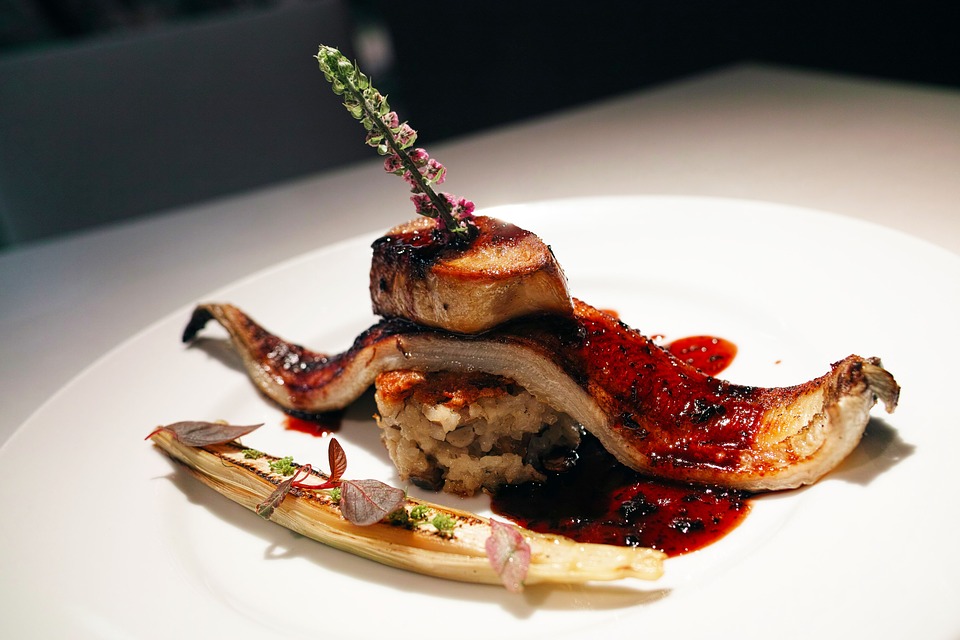 Simple: to stroll the most graceful streets in France, eat well, drink better and then have the liveliest possible time in a city lately in touch with its Latin side. It is no hazard that, following its 2007 classification as a World Heritage Site, Bordeaux in 2015 bagged the title of Europe’s Best Destination – against opposition from many of the continent’s finest cities. In the past, the place was indeed full of good taste and tradition. “The very essence of elegance,” concluded HM Queen last time she visited Bordeaux. The center had a grandiose 18th-century harmony unmatched in Europe.

We thank Bosede Eniola for this amazing story about Bordeaux. If you want to share with the world the most interesting information about your city, feel free to contact us at hello@meetngreetme.com and we’ll be glad to co-create with you.

Top Attractions to Visit in Lisbon, Porto and Sint...
Five Reasons to Visit Hvar Island This Year
Charming Paris – Best Things to Do in the Ca...