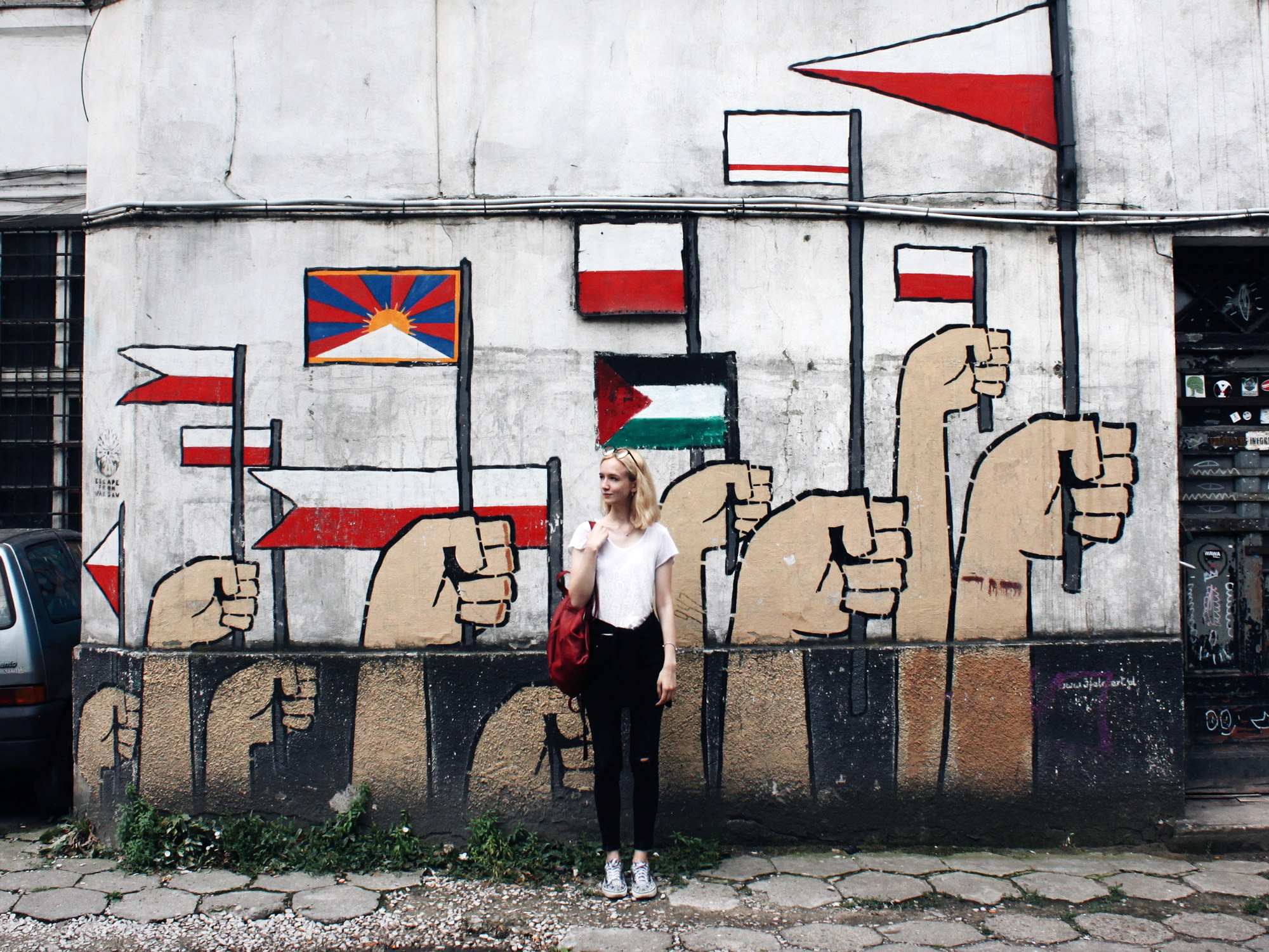 You have probably noticed that in recent years Warsaw is present in a great number of various ratings. You could see it in top-lists of cheap European capitals, most-populous cities in EU, major touristic hubs and best places to study at the university. Moreover, in 2017 the city came 4th in the “Business-friendly” category and 8th in “Human capital and lifestyle”. It was also ranked as one of the most livable cities in Central and Eastern Europe.

People visit this city for various reasons: work, academic degree, sightseeing, shopping or nightlife. For many, it is also just a waypoint. However, the city is happy to welcome everyone, so read the article, pack your bags and see it with your own wide-opened eyes. 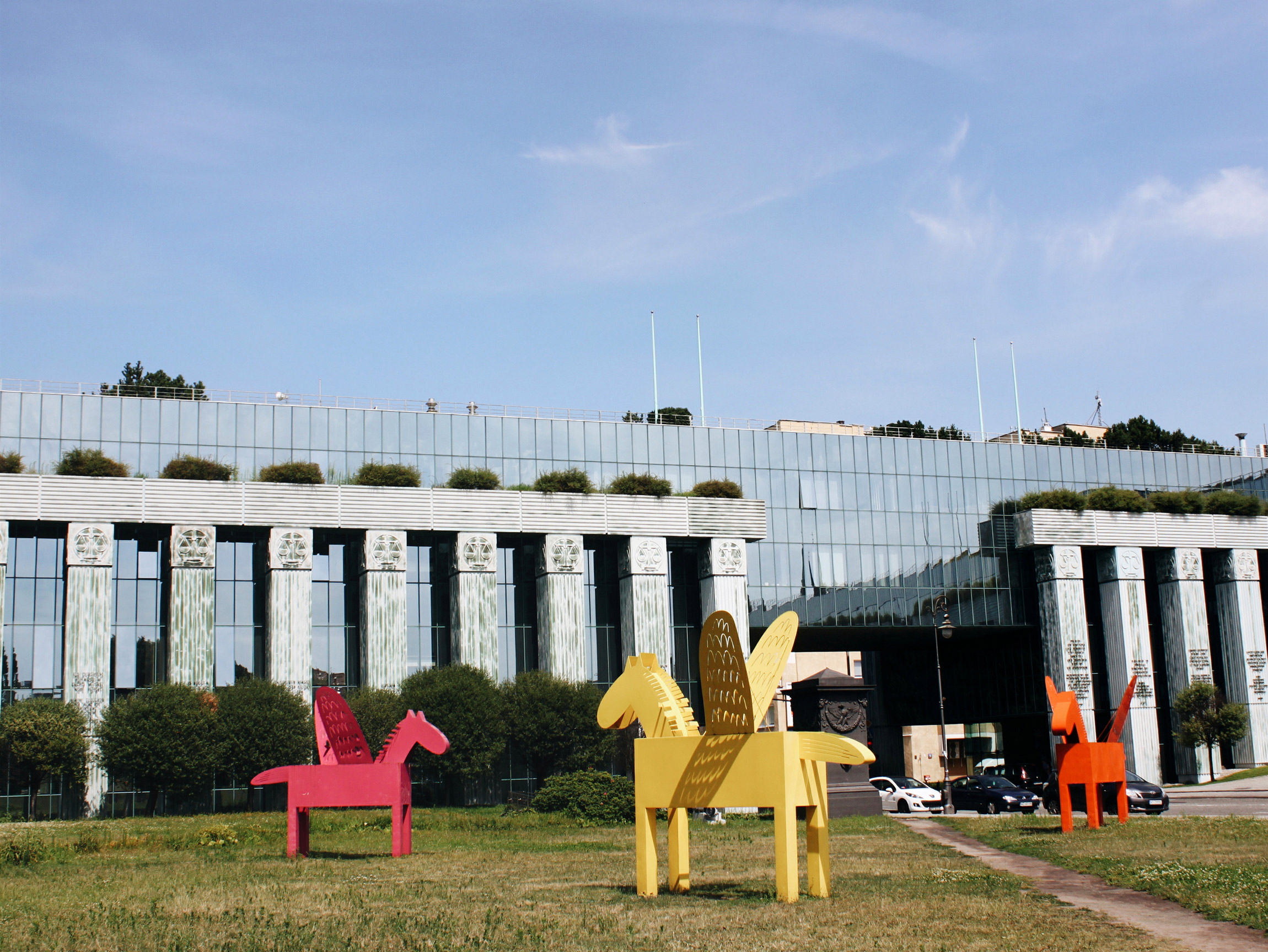 You will probably arrive in Warsaw by plane directly to the Chopin airport located in the city, so the best option here is not to spend money on the taxi and take one of the buses (number 175, 188, 148, 331 and night N32) that will take you right to the city center. The bus station is situated in front of the main entrance (if your flight arrives late and you don’t like to find an accommodation in the night, book a Marriot hotel situated at the airport). In case your flight is to Modlin airport, take one of the ModlinBus shuttles.

To ease your navigation I can recommend you a free mobile app called “jakdojade” that will create fastest routes and show schedule of public transport. 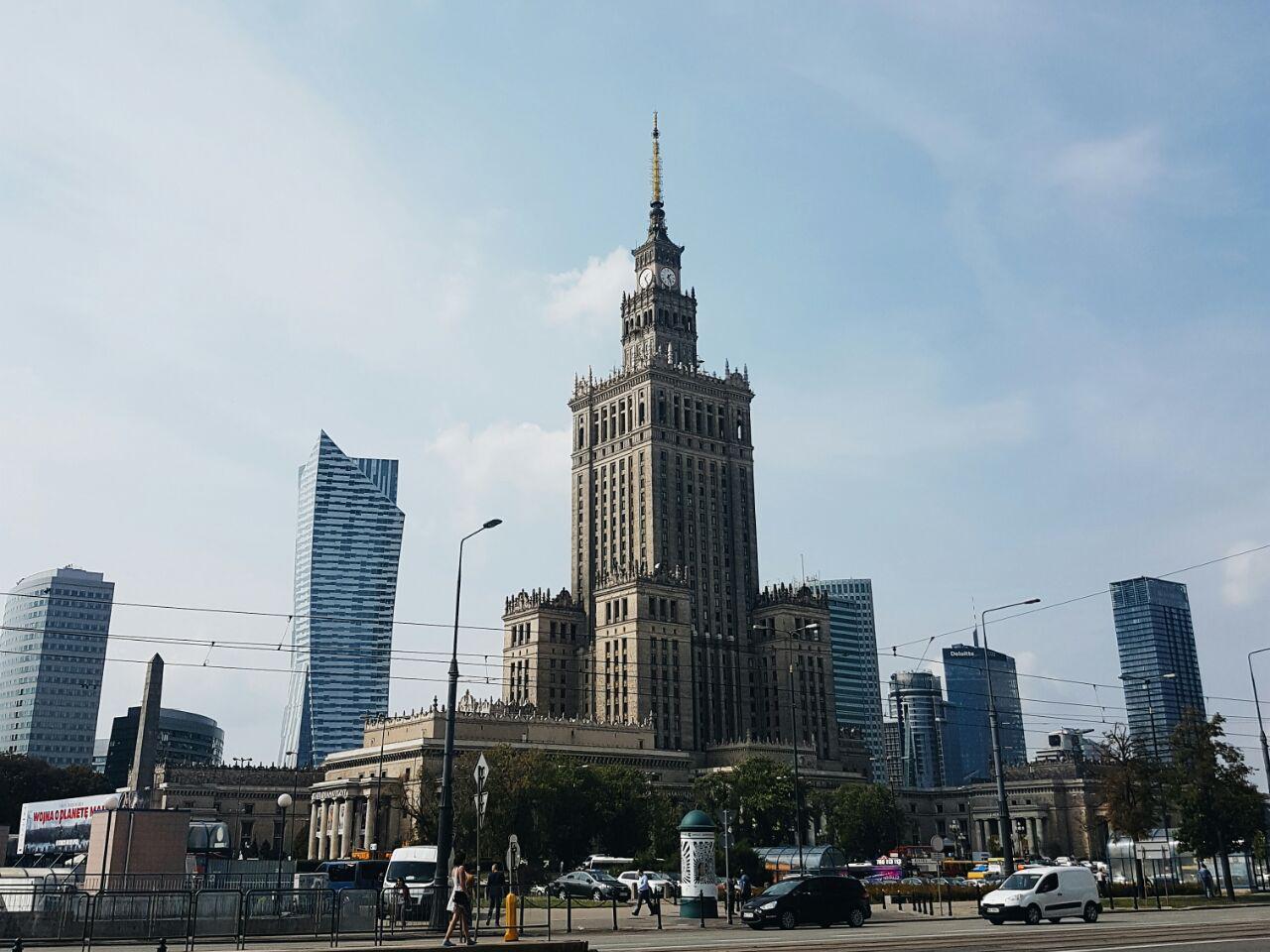 the Palace of Culture and Science

The building you will definitely not miss is the Palace of Culture and Science. It was designed by Soviet architect and many polish people don’t like the building as they consider it to be a symbol of Soviet domination. However, now it is a modern center for various companies and cultural activities such as concerts, cinemas, theaters, libraries, sports clubs, universities and even scientific institutions. It is also the tallest building in Poland and one of the tallest on the European continent – it will not let you to go astray in the city center. Mind the terrace on the 30th floor with a panoramic view of the city. 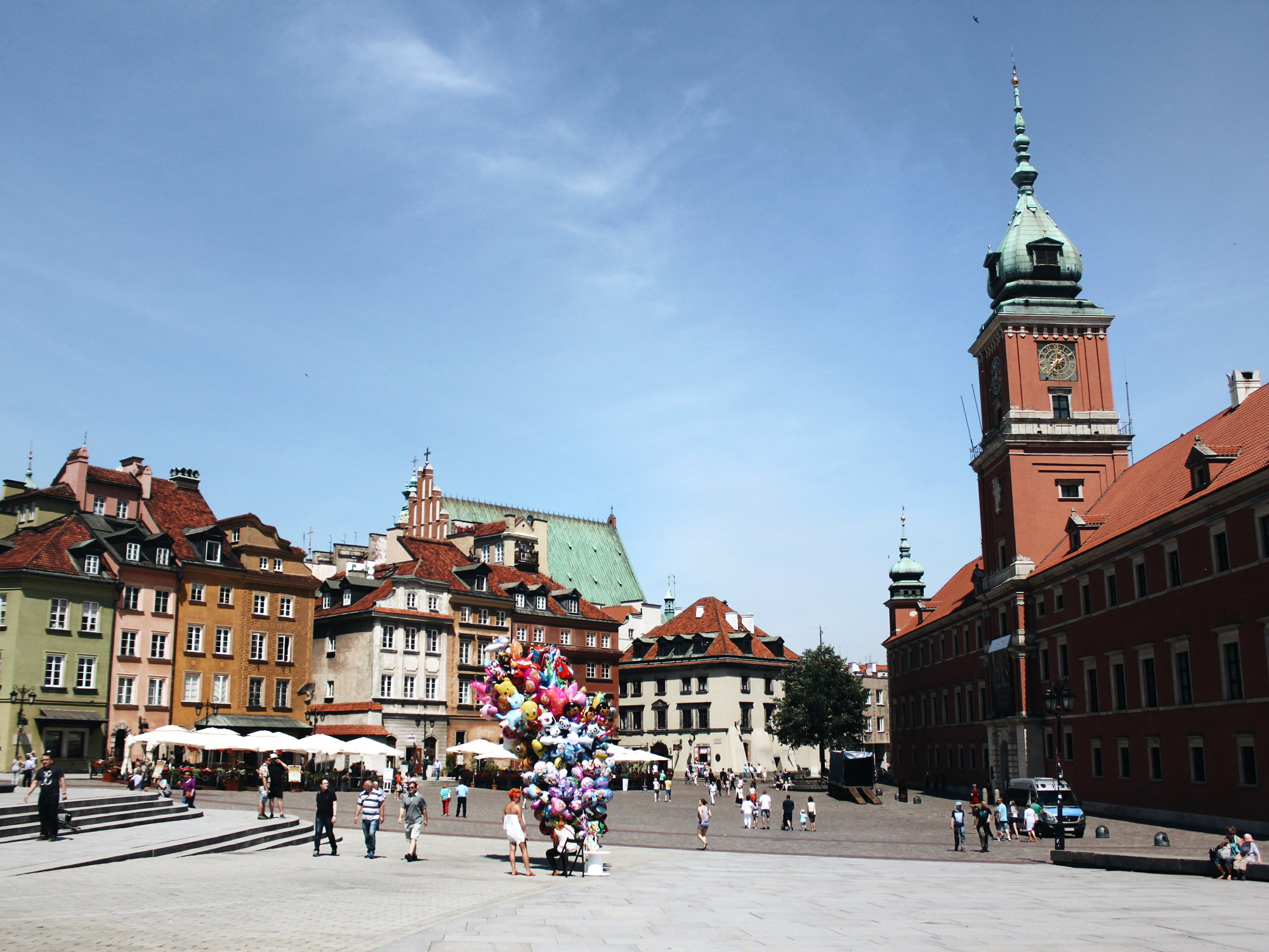 The second thing you will not miss is the Old Town. Orienting point is Krakowskie Przedmieście Street surrounded by historic palaces, churches and manor houses. Here you can find Presidential Palace, Potocki Palace, University of Warsaw, Czapski Palace, Holy Cross and Visitationist Churches. A small pleasant bonus – interactive Chopin benches. Just press the button and you will hear one of the great composer’s works. 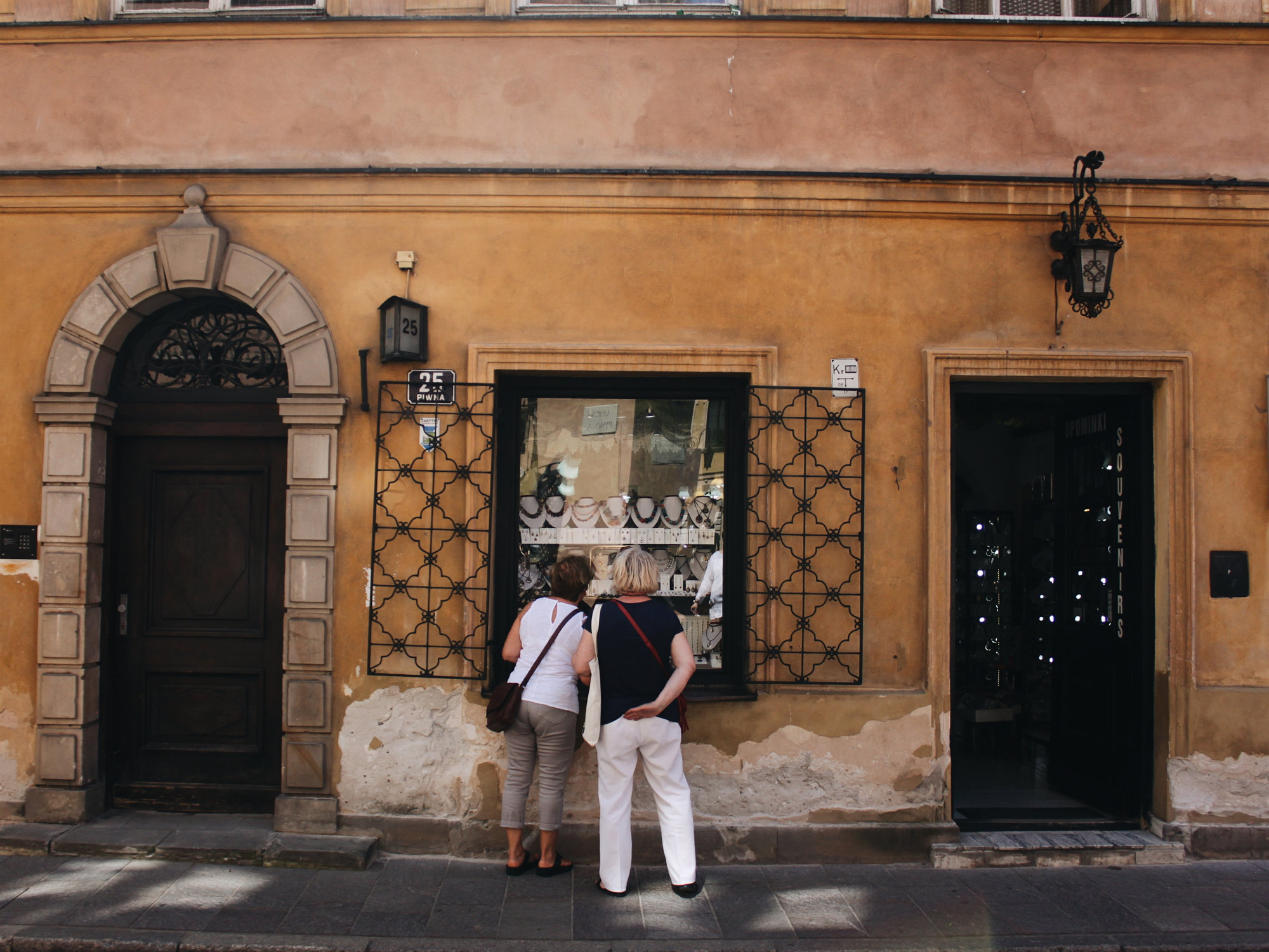 Actually, the old town was almost fully destroyed during World War II and then meticulously rebuilt. That is why Warsaw is called a Phoenix city; you can read about it in our previous article. The true heart of the Old Town is the Old Town Market Place and Castle Square with Zygmunt’s Column. Wander through the streets, touch the old medieval defensive walls and find the statue of the mermaid.

Did you know that the mermaid is Warsaw’s symbol and can be found on statues throughout the city and on the city’s coat of arms? There is even a legend telling that long ago two of Triton’s daughters set out on a journey through the depths of the oceans and seas. One of them decided to stay on the coast of Denmark and can be seen sitting at the entrance to the port of Copenhagen. The second reached the Vistula River and plunged into its waters. She stopped to rest on a sandy beach by the village of Warszowa, where fishermen came to admire her beauty and listen to her beautiful voice. A greedy merchant also heard her songs; he followed the fishermen and captured the mermaid. 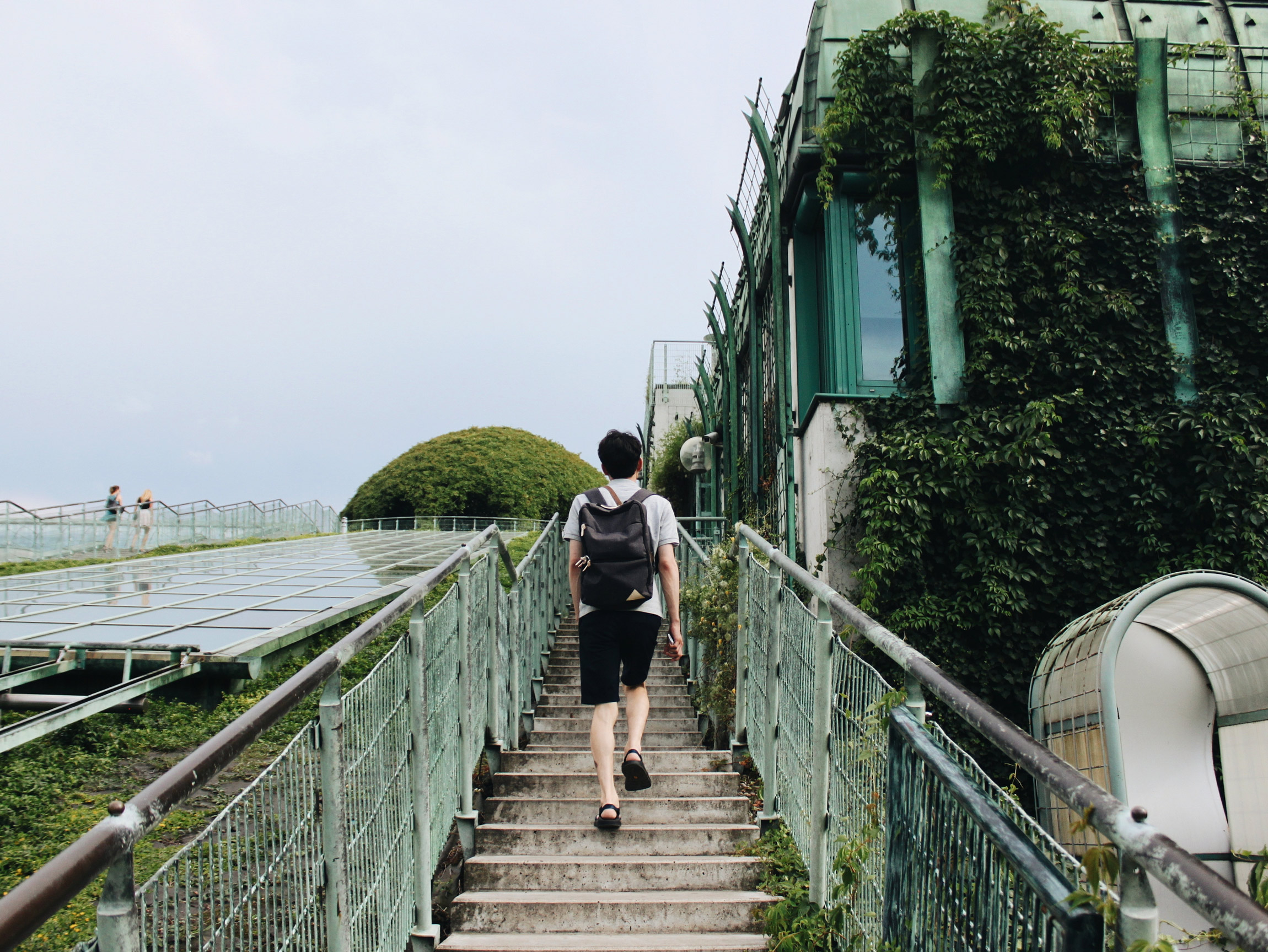 After exploring the old town head to the Vistula river. The place I adore and visit every time I am in Warsaw is situated on its bank – Warsaw University Library Roof Garden with an area of more than 10,000 m2 (half of which is covered by beautiful plants) and sweeping views of the river and the city of Warsaw. It makes for a good getaway from the city and it is a joy to explore for every plant-lover!

Useful tip: In case you are hungry after roof promenade, pop into the canteen with low prices and traditional polish dishes (situated on the first floor). 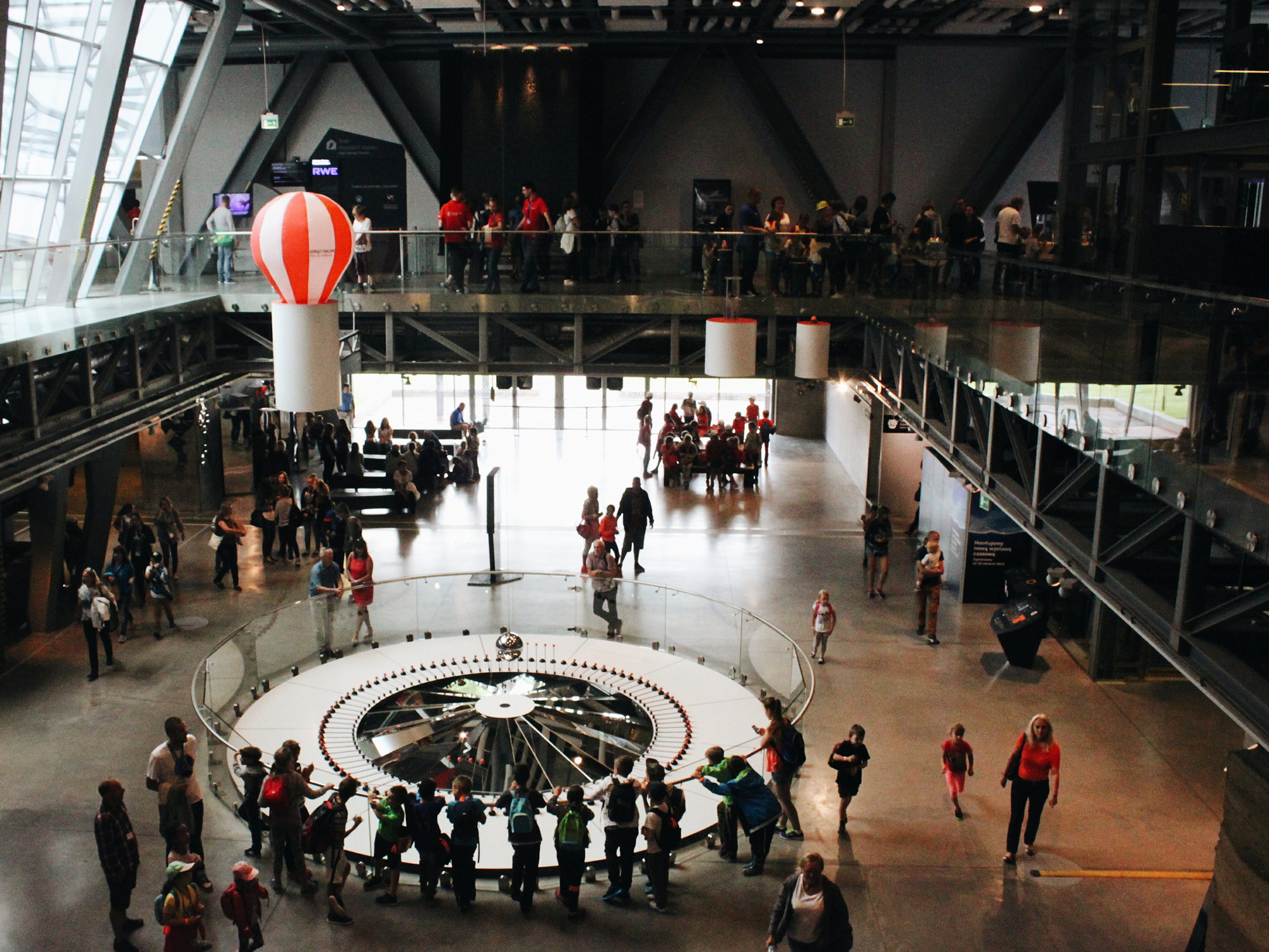 Next to the library, you will find another major tourist attraction – Copernicus Science Centre. As it is written on their website: “it’s a space that will inspire you to observe, ask questions, and look for answers” and I could not agree more! It is a kind of a science museum with over 450 interactive exhibits that enable visitors to single-handedly carry out experiments and discover the laws of science themselves. For example, you can learn about different kinds of electromagnetic radiation, participate in robotics workshop, join High Voltage theatre or discover chemistry laboratory. It may sound too childish, but I bet you will not regret even if you are in your 80s.

This place can be crowded, so think about the tickets beforehand and buy it online. Opening hours and ticket prices you can find here. And a small warning: once you are there it is difficult to leave, so plan your visit for at least 4-5 hours. 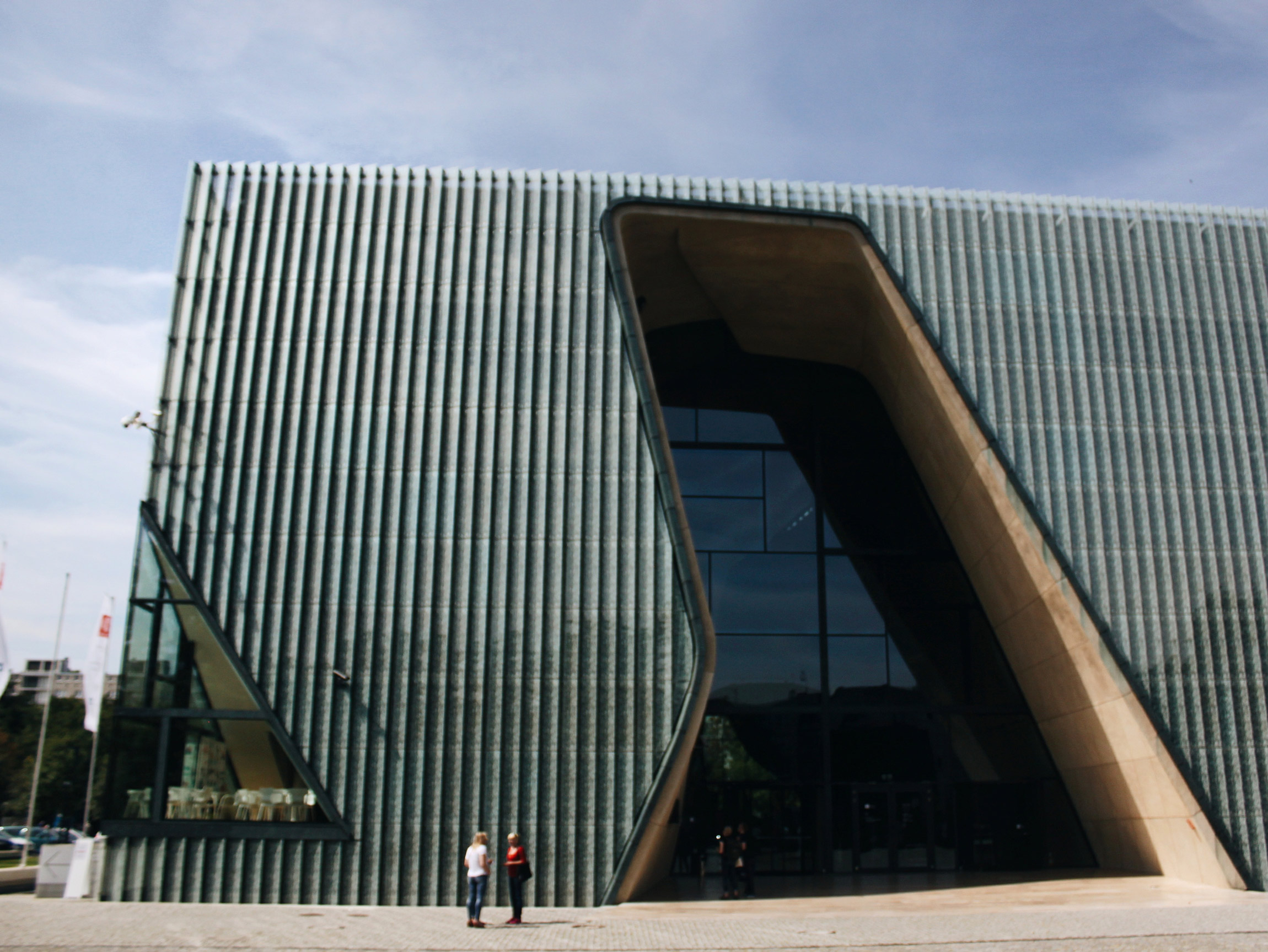 POLIN Museum of the History of Polish Jews

In case you want a more serious pastime, visit POLIN Museum of the History of Polish Jews situated on the site of the former Warsaw Ghetto. The museum is one-of-a-kind and holds the title of “best museum in Europe” because of the building’s design and architecture. Find all the information here.

If you are keen on music, your must-go spot is Fryderyk Chopin Museum. This multimedia museum is one of the most modern museums in Poland. Its collections are displayed on five levels of exhibition space in 15 rooms – you will be taken through all of them to see the composer’s life from the birth to the death.

As for some streets with cozy cafes, nice restaurants, and designer shops, remember these three: Mokotowska, Nowy Świat and Chmielna.

A huge shopping spot is Złote Tarasy located next to the Palace of Culture and Science, but do not neglect small modern stores, just like Super Salon store with books and magazines.

If you are a nature-lover, visit a Warsaw Zoo or just head to Łazienki Park (or Łazienki Królewskie), it is the biggest park not far from the center with palaces, villas, monuments, and an amphitheater. And it is also a home to peacocks and a large number of squirrels. 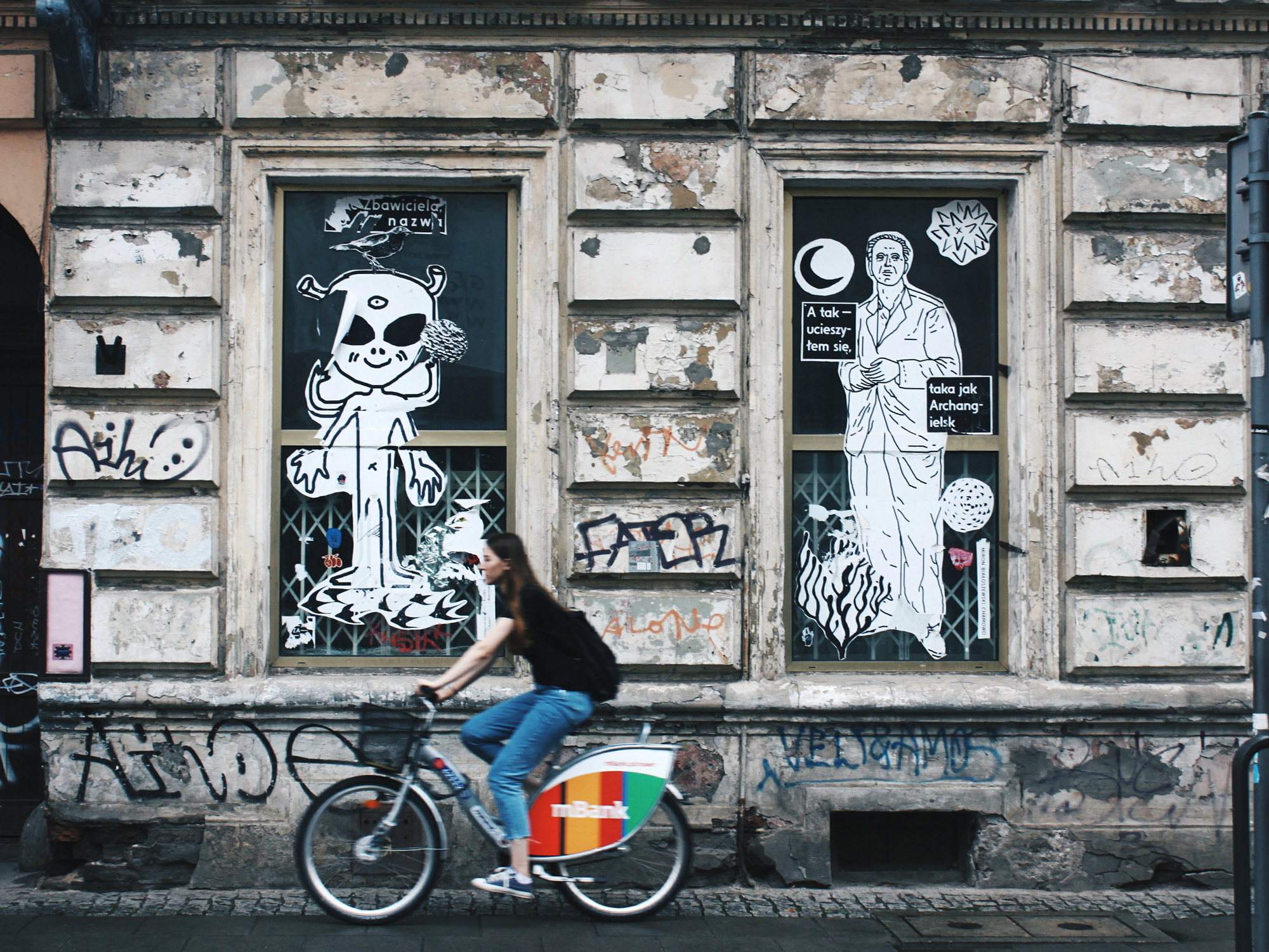 Warsaw has so many things to offer you: entertainment and education, crowded bars and silent streets, street art and UNESCO historical buildings. All you have to do is not just to rely on ratings, but go in the thick of things yourself. And choose one of our dearest polish MeetnGreeters to show you the city from the unique point of view the local sees it.

Have a good time in Warsaw!