The most breathtaking natural landmarks in China 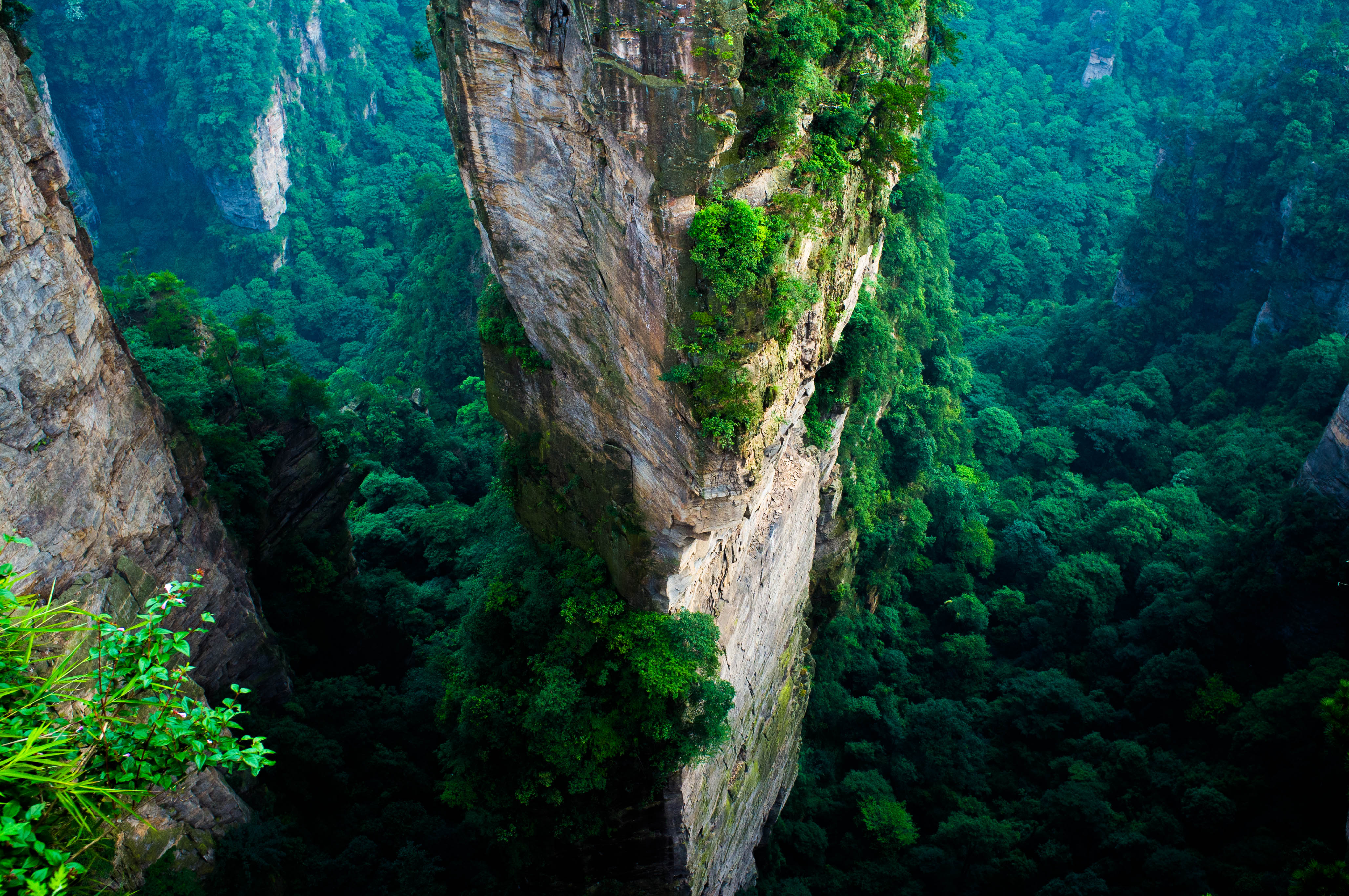 Together with MeetnGreetMe local travel experts we love to take you around the world, both to popular tourist destinations, such as Rome, Paris and London, to some more sophisticated travel destinations, such as Nepal, Sicily and Colombia. Today we are taking you to nothing less exquisite and unique – China.

The Chinese nature is something absolutely stunning and incredible. It attracts thousands of tourists with its peculiar beauty and numerous photographers heading for breathtaking views. 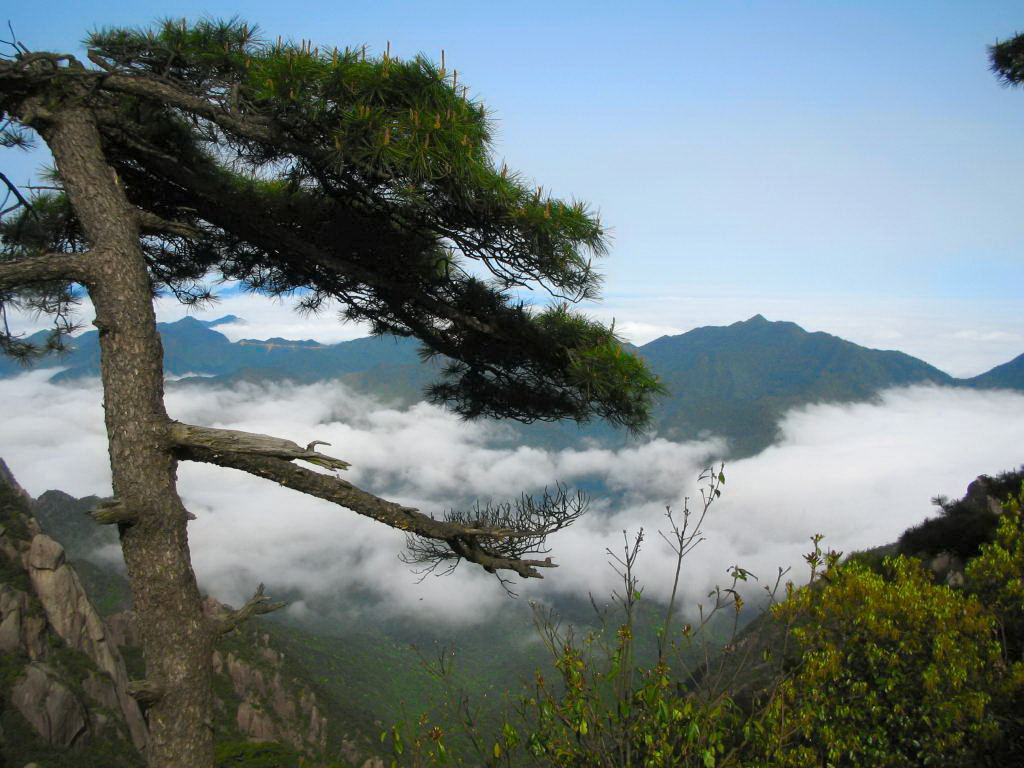 Mount Sanqing is a Taoist sacred mountain 40 km north of Yushan County. Sanqing stands for the “Three Pure Ones” in the Chinese language and it is called like this because Mount Sanqing is made up of three main summits: Yujing, Yushui, and Yuhua. The summits represent the Taoist trinity. The highest hill is Yujing, it is 1817 m above sea level.

In 2005 Mount Sanqing became a National Geopark and in 2008 also a UNESCO World Heritage Site. Moreover, Mount Sanqing is a national key scenic spot, a grade AAAA national tourist area, a national natural heritage and a national geopark. Chinese National Geography recommends it as one of the “top five beautiful mountains in China” and geologists from China and America all agree that it has “the most spectacular granite along the verge of the Western pacific ocean”. And we can’t agree more. 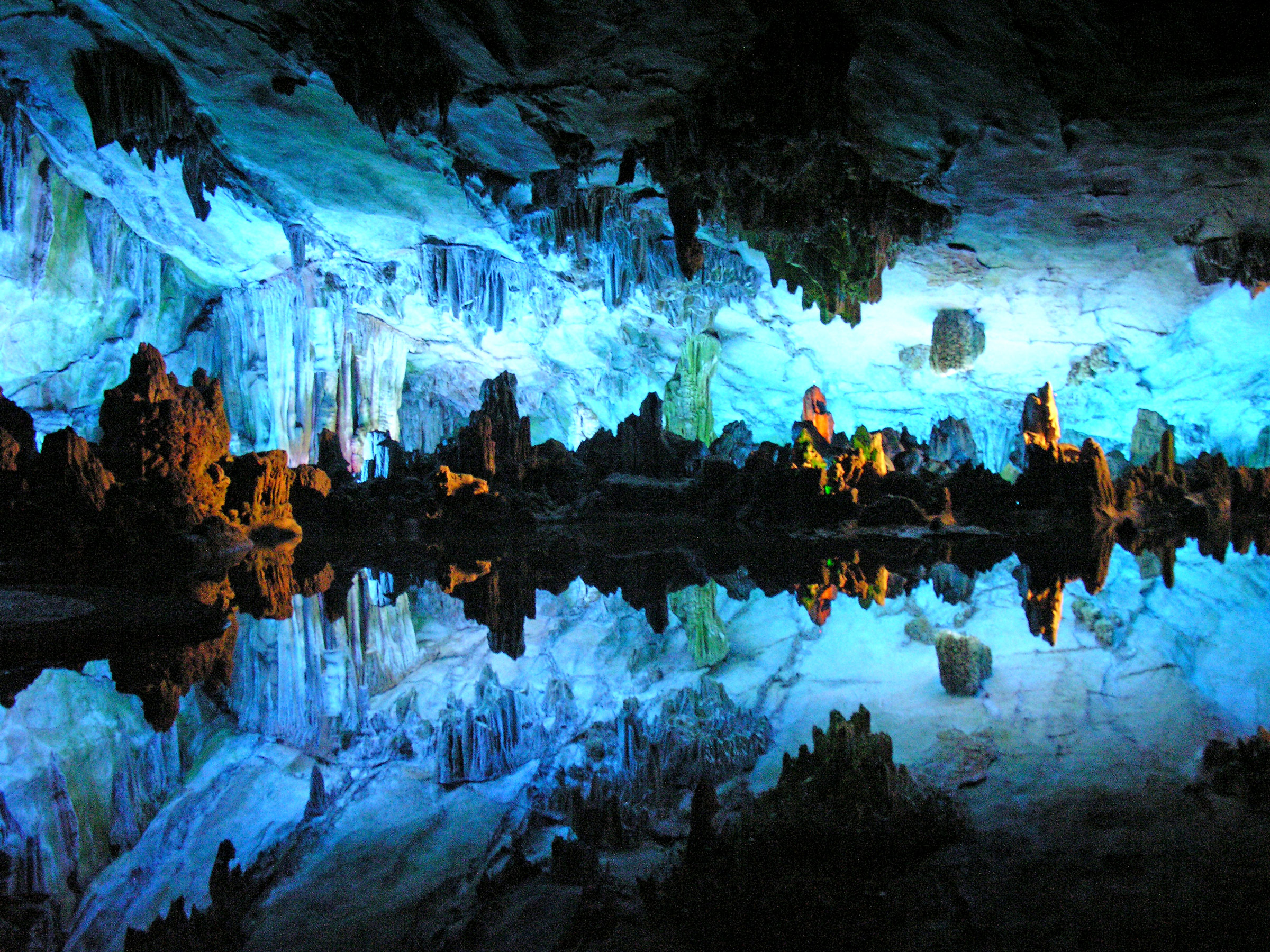 Reed Flute Cave with its multicolored stalactites and stalagmites is a major tourist attraction in the city of Guilin. The cave exists for over 180 million years, just imagine: it was formed in the Mesozoic Era, or the Age of Reptiles. So in the days of Jurassic dinosaurs, a natural limestone cave was formed and until today it is one of the most visited attractions of Guilin for over 1200 years. Inside the cave, there are more than 70 inscriptions written in ink, which date back as far as 792 AD in the Tang Dynasty. These aged inscriptions tell us that the cave has been a Guilin landmark since ancient times. 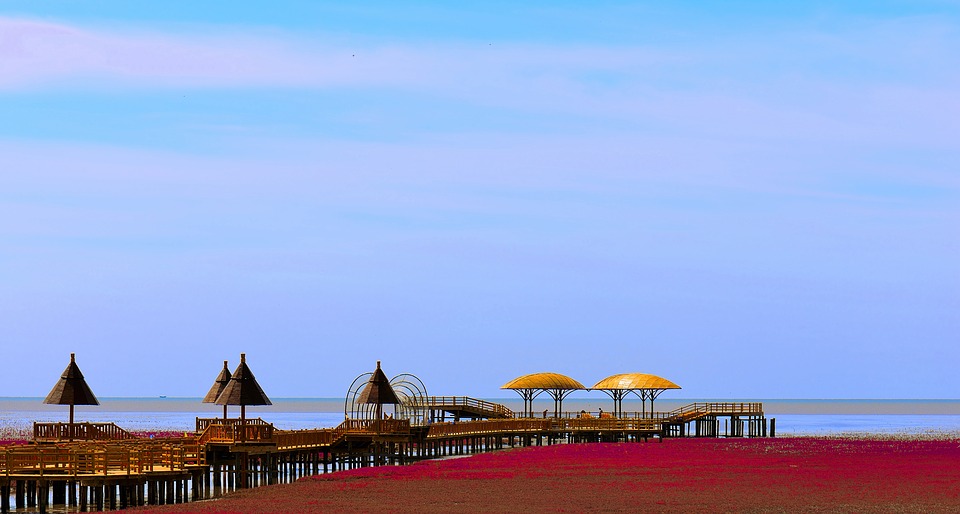 If you are convinced that a beach without sand isn’t a nice beach, then just skip this paragraph. Because it is about an extraordinary Panjin Red Beach in Dawa Country, China. This beach is not covered in white sand at all and is red because of Sueda seaweed. Sueda starts growing in April and May and is green during the whole summer. In autumn it turns vividly red and attracts much attention from tourists and photographers.

The Red Beach hosts the most completed ecosystem: this area is home to more than 260 kinds of birds and almost 400 kinds of wild animals. 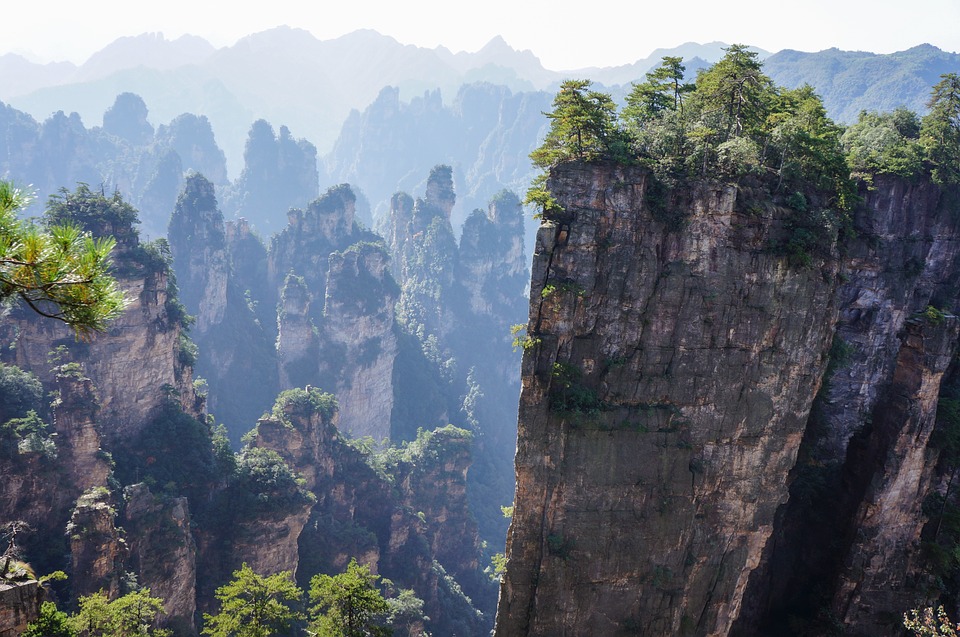 Have you watched the famous Avatar film directed, written and produced by James Cameron? If yes, you should remember the breathtaking views that inspired the scenery in the film. The Zhangjiajie National Forest Park is a unique national forest park, one of the several national parks within the Wulingyuan Scenic Area. It was exactly this park that inspired filmmakers by its extraordinary beauty.

The park has more than 3,100 immense quartzite sandstone pillars with some over 2,600 feet tall thus reaching to the clouds and the pastoral streams flowing beneath to the verdant forests throughout. Zhangjiajie is truly a must-visit destination in China for any traveler. 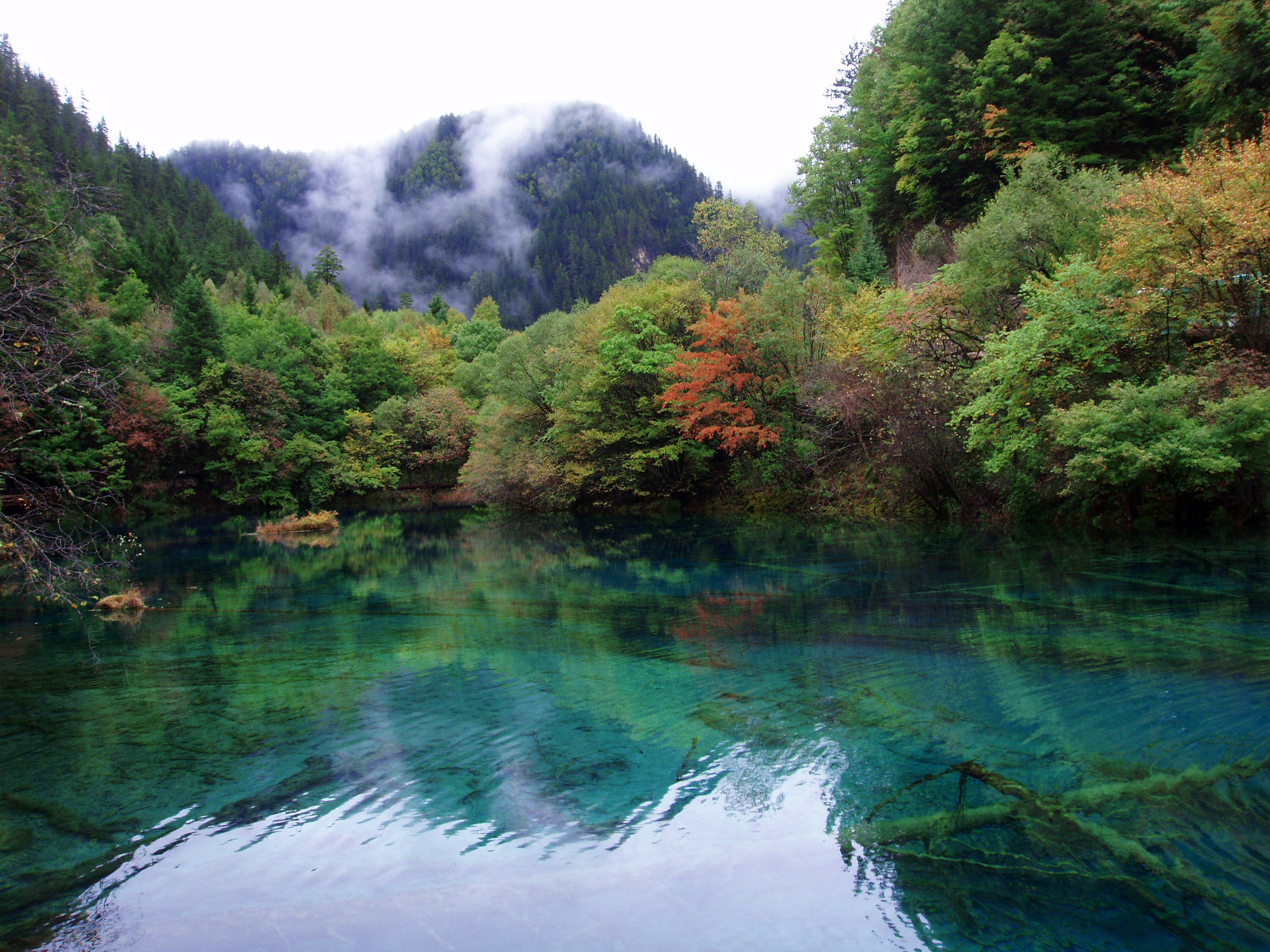 Jiuzhaigou Valley is a place of incredible beauty. Its name in Chinese means “Nine Village Valley”. Today it is a nature reserve and national park to the north of China with magnificent lakes, waterfalls, and forest on mountains’ hills. No wonder it is in the list of UNESCO World Heritage Site. Jiuzhaigou Valley is composed of three valleys arranged in a Y shape. The valleys are great for hiking and camping off the beaten track. Some of the locations have very romantic names like “Five Flower Lake,” “Panda Lake,” “Mirror Lake”, “Pearl Shoal Waterfall” and “Primeval Forest”. 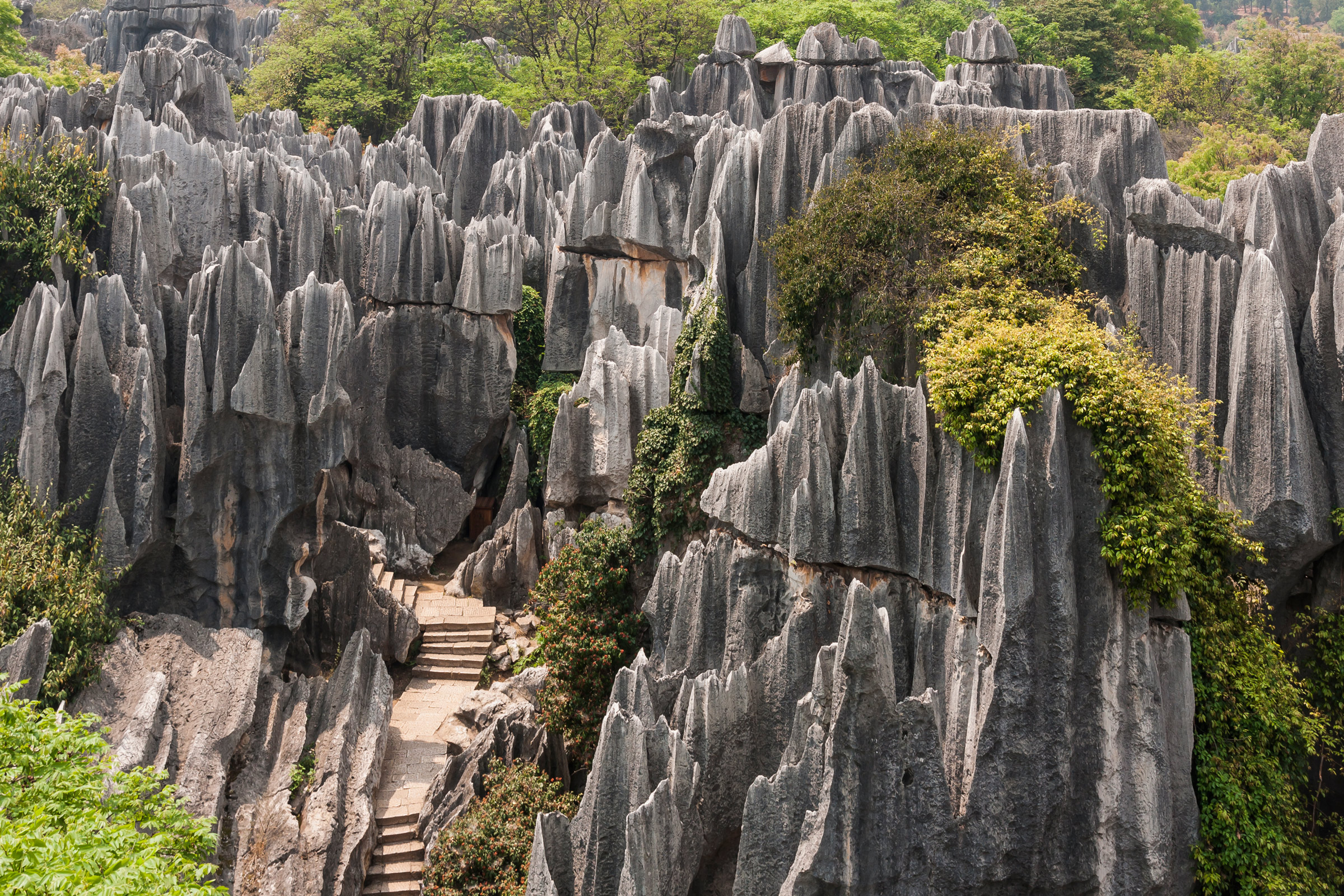 According to legend, there was a beautiful girl Ashima of the Yi people who was born in the forest. She fell in love with a man but was forbidden to marry the chosen suitor. That’s why she turned into a stone in the forest that still bears her name. Until today many Yi people celebrate the Torch Festival on the 24th day of the sixth lunar month with folk dances and wrestling competitions.

If you prefer the scientific point of view, then you will be interested to know that some 270 million years ago Stone Forest was a shallow sea. Due to the accumulation of sandstone in this basin and uplift of the region with exposure to the wind and running water, the landscape was shaped in this way. Now, these formations extend for 400 km2 looking like a vast forest of stone. Hence the name “the Stone Forest”. 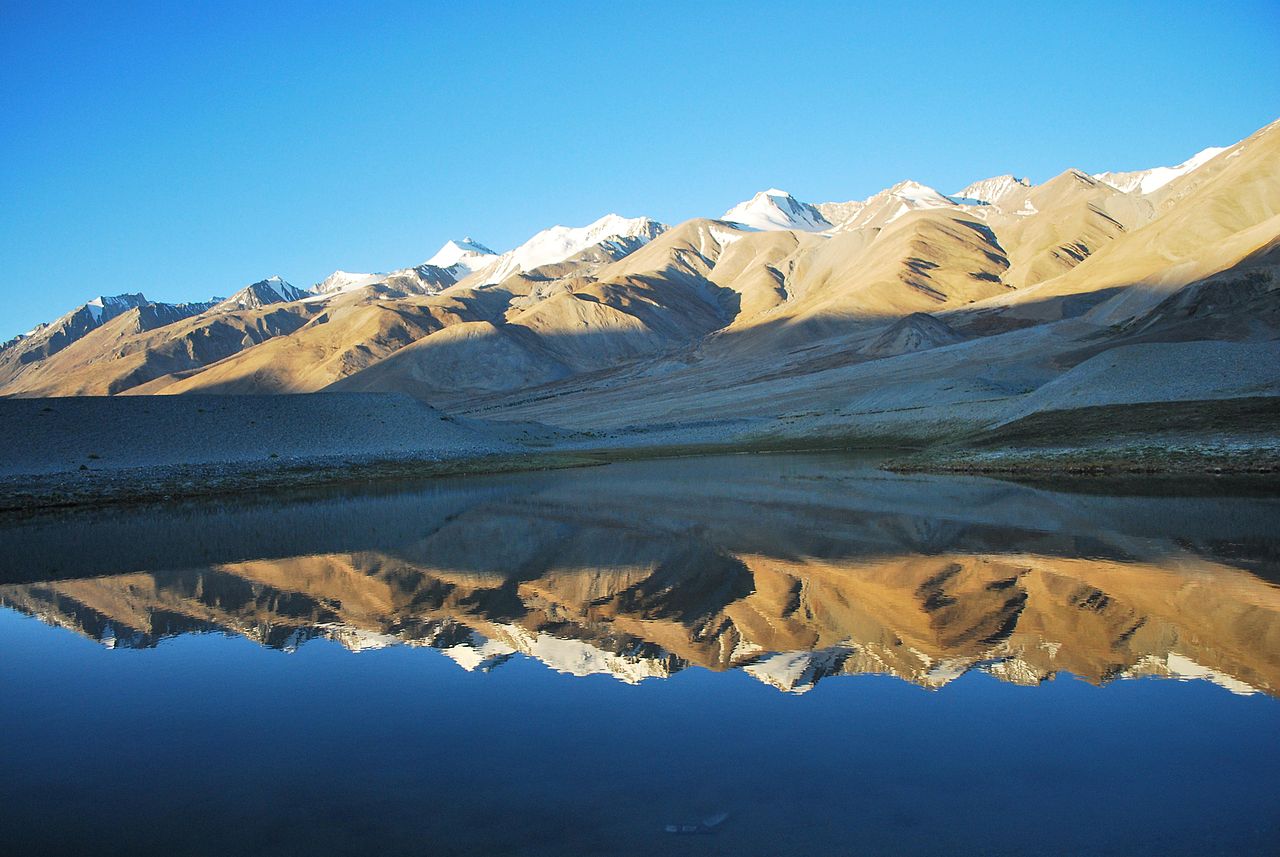 Pangong Tso Lake is located in disputed territory between India, China, and Tibet. This lake is located at a height of 4,350 m and is surrounded by the majestic Himalayas. In Tibetian Pangong Tso means “high grassland lake”. The crystal clear blue lake sprawls over an area of 100 kilometers. It is one of the most charismatic lakes situated on the Changtang plateau in eastern Ladakh region. The brackish water plays with sunlight to produce different effects of light. The best time to visit Pangong Tso is June – September.

The best time to visit Pangong Tso is June – September. 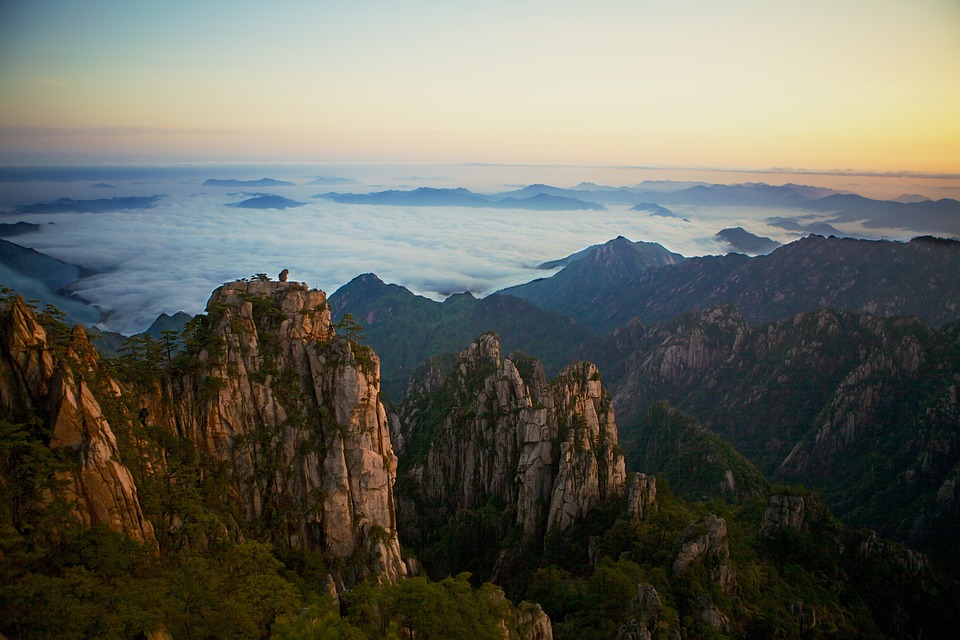 The Yellow Mountains is one of the most famous mountainous areas in China. The area is well known for its beautiful scenery, splendid sunsets, oddly-shaped granite peaks, Huangshan pine trees, hot springs at the foot of mountains to become younger, winter snow, and mystical seas of cloud. Huangshan is a frequent subject of traditional Chinese paintings and literature, as well as modern travel photography. Huangshan means yellow mountains in Chinese. But it is called this

Huangshan means yellow mountains in Chinese. But it is called this way not because of the colour of the mountains. In 747 AD the area was renamed after Huang Di – the legendary Yellow Emperor. In this area, you will find not only scenic views but also many Buddhist temples built there. 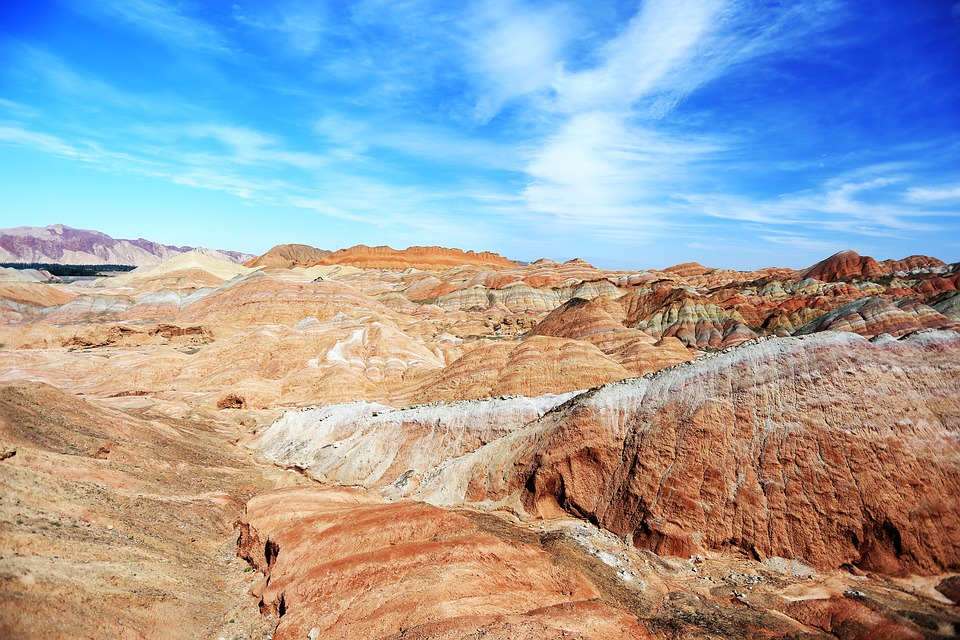 It is an unbelievably colourful landform area also known as “the eye candy of Zhangye”. Zhangye Danxia is widely-known for the unusual colours of the rocks, which are smooth, sharp and several hundred meters tall. They are the result of deposits of sandstone and other minerals that occurred over 24 million years. The result is similar to a layered cake. Wind, rain, and time then sculpted extraordinary shapes, including towers, pillars, ravines, as well as humans, birds, and beasts with varying colours, patterns, and sizes. The best time to visit Zhangye Danxia landscape is in the morning and at sunset in June – September.

The best time to visit Zhangye Danxia landscape is in the morning and at sunset in June – September. 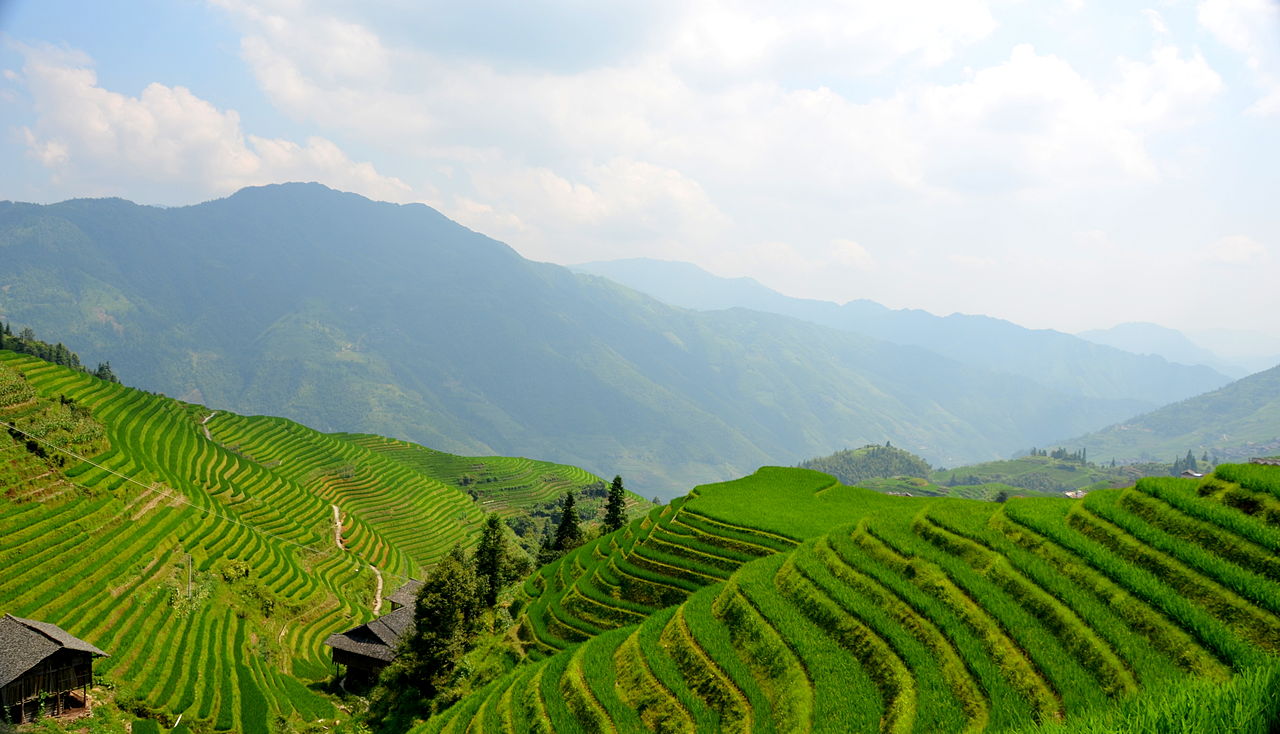 Dragon Backbone’s Rice Terraces, or Longji Rice Terraces date back to the Yuan Dynasty (1271-1368) when their construction began. However, it took 4 centuries to finish the construction in the early Quing Dynasty. The Dragon’s Backbone Rice Terraces is a breathtaking natural beauty. In spring, the water is irrigated into the fields and the terraces resemble great chains or ribbons hung on the hillsides. In summer green waves rush continuously down the mountainside from the heaven. The theme of autumn is the harvest, with the mountainside decorated with the gold of ripened millet. Coming into winter, the whole mountain will be covered with white snow, just like dragons playing with water.

Come here to get wrapped up in the local culture. The Zhuang and the Yao nationalities are local ethnic minorities living in the area. Their women still wear unique and colourful dresses, travelers can join them to sing and dance as well as to stay with local families and enjoy the Longji tea or wine.

So, would you like to discover these breathtaking views yourself and see them with your own eyes? If yes, ask our local MeetnGreeters in China to help you plan a trip and make the most of it.