The Most Unmissable Festivals in Spain 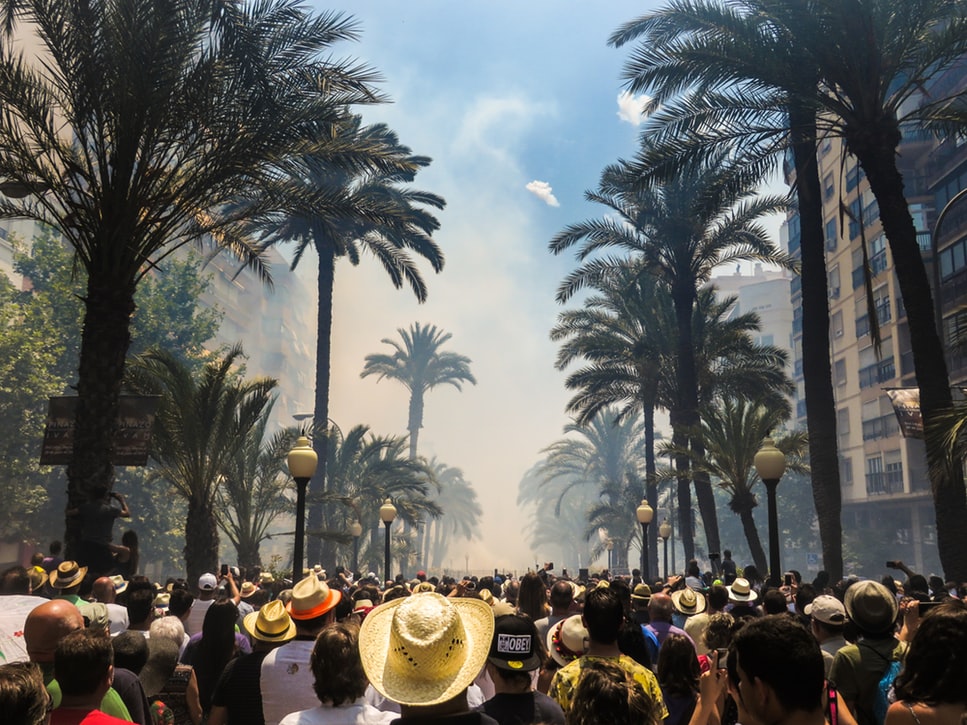 Spain may be known the world over for tapas, art, and bullfighting, but the Western European country is also home to some of the best festivals the world has to offer.
Whether it be a chaotic event where locals lob tomatoes at each other, or a bonfire night like no other, Spain definitely knows a thing or two about hosting a truly memorable festival. We’ve asked our contributor and a travel expert, Dakota Murphey, to make a list of the most authentic and unforgettable Spanish festivals.
Listed below are eight of the most unmissable festivals you can find across the country, with number six, in particular, a must-add to your travel bucket list.

And don’t forget: in case you want to delegate all the planning to resourceful locals – MeetnGreetMe is here for you. 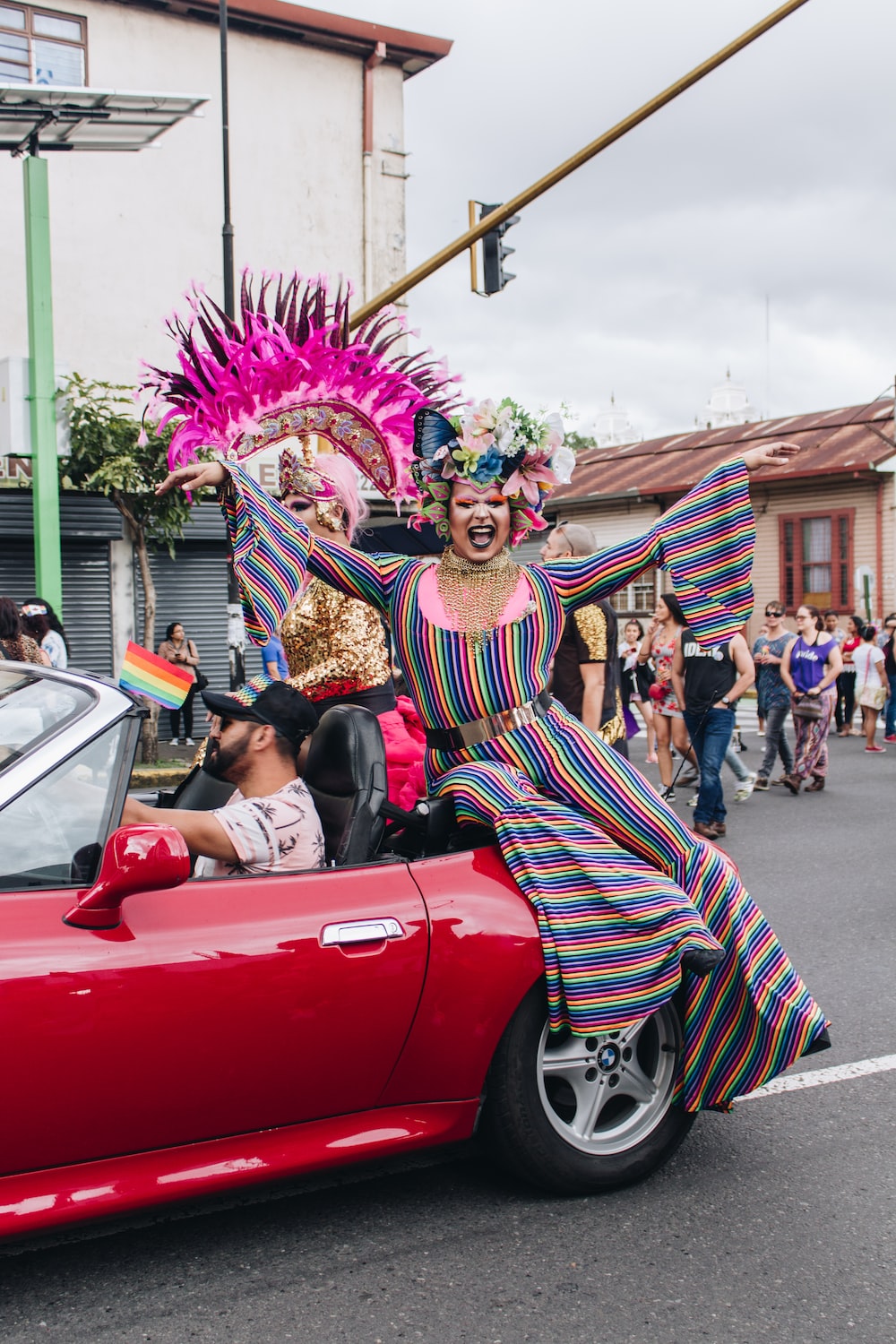 With Carnival celebrations taking place throughout Spain, you won’t be too far away from on wherever you are in the country.

Tenerife, Cádiz, and Sitges are the particularly well-known destinations for extravagant Carnival celebrations, where you can expect to find an abundance of colorful costumes, spectacular parades and, of course, food, music, and alcohol. What’s not to like?!

The festivities take place in the weeks leading up to Easter and really exemplify just how colorful the Spanish way of life really is.

No matter how well-traveled you are, you will be hard pushed to find a more vibrant event anywhere else in the world. 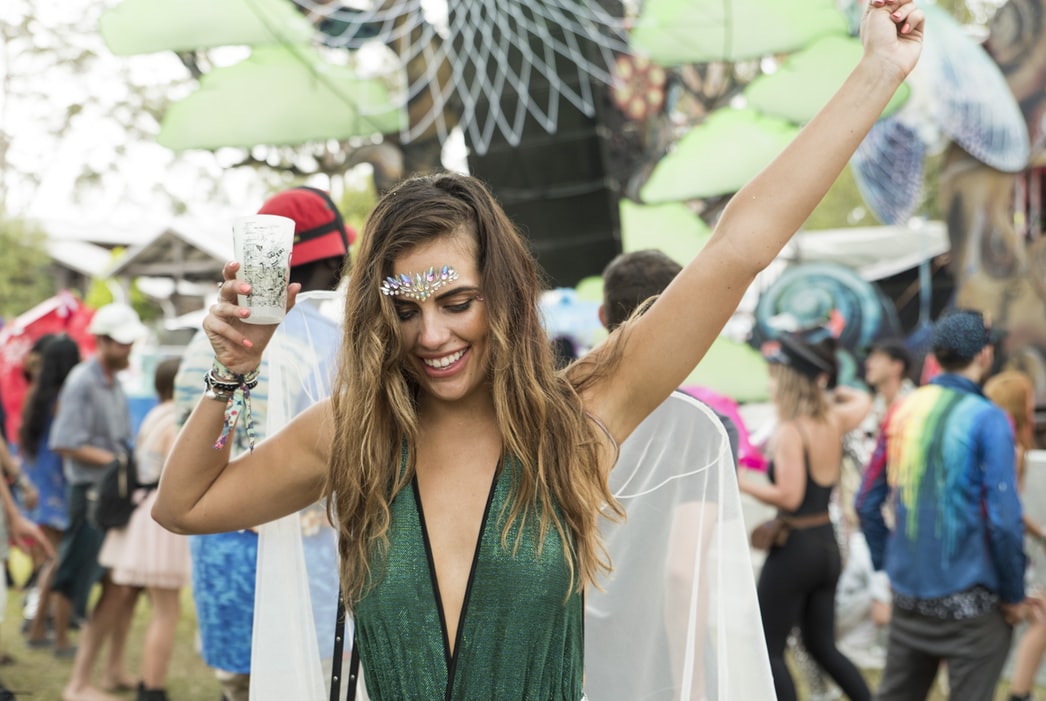 Primavera Sound’s first festival was held in 2001 and it has since become one of the most popular festivals in Barcelona and Portugal, with a reputation for having one of the most forward-thinking line ups in Europe. This festival offers a wide range of big-name artists, as well as up-and-coming
contemporary acts. 2019 was no exception with artists ranging from Miley Cyrus to Erykah Badu.

Primavera Sound is also popular for its secret performances which are held at pop-up stages throughout the festival. This all takes place through the festival’s app where a notification is sent to festival-goers only hours before the show takes place.

It’s an unmissable experience for those who love music and sunshine! 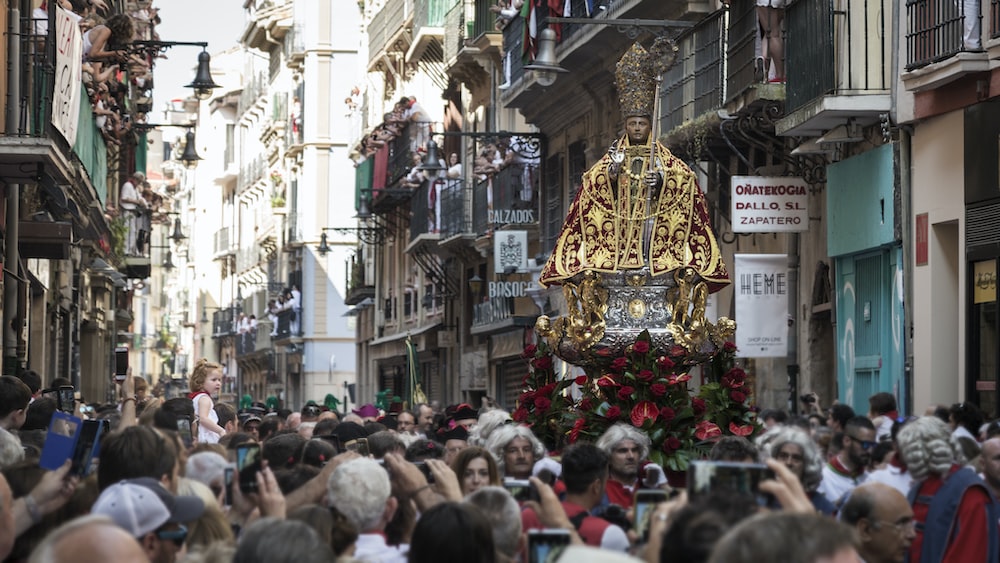 Regarded as one of Andalucía’s most important events, the Feria de Málaga dates all the way back to 1487. Back in the late fifteenth century, the festival was created in celebration of the city being taken by the Catholic Monarchs Isabella I of Castile and Ferdinand II of Aragon.

Nowadays, the festival is one of the country’s best summer events, taking place in the middle of August each year. During the festivities you can expect to find street markets, music and traditional dances throughout the city, with the feria de dia (fair during the day) being the must-see attraction in the city center itself. Later on in the evening, the feria de noche (fair during the night) takes place just outside of the city, featuring attractions, food stalls, and dance tents.

It truly is a must-see event, only adding to Málaga’s reputation as Andalucía’s most underrated city. 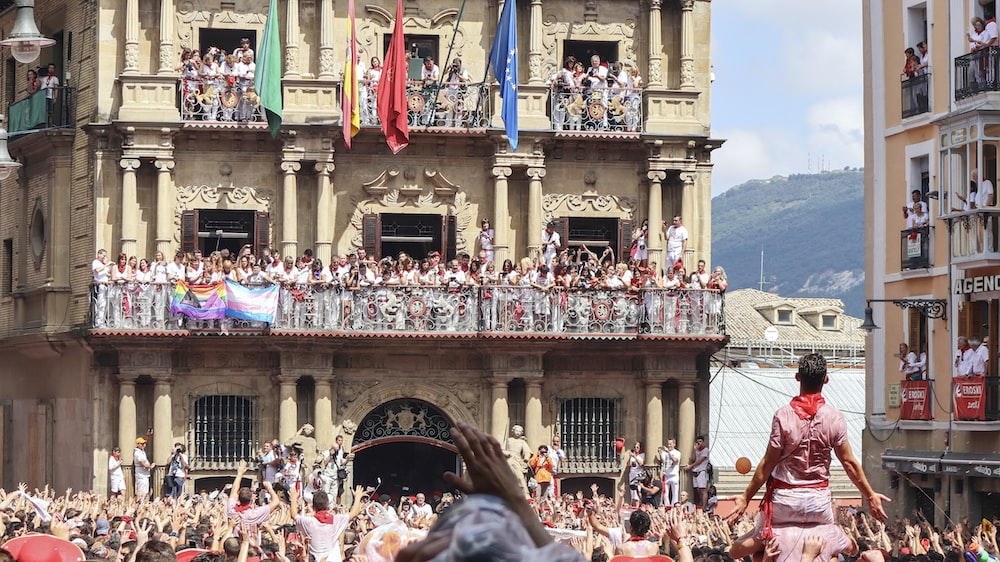 Unless you’ve been living under a rock pretty much forever, you will know that Spain is pretty famous for bullfighting. Every July, Spanish locals celebrate this history at the San Fermin Festival in Pamplona, where hundreds of locals and tourists alike put their speed to the test by running away from a stampede of bulls. Yes, really.

Originally started in honor of the patron saint San Fermin, the festival is an incredibly lively affair, featuring a number of fiestas, bullfights, markets and, of course, lots of eating and drinking. Its main highlight though is ‘Encierro’ – the 800-meter bulls vs. locals’ race between the Calle Santo Domingo and Pamplona’s bull ring.

Unsurprisingly, the event can get pretty dangerous though and a number of people have been gored by bulls in the past. As such, you might be better off spectating this one, rather than joining in yourself. 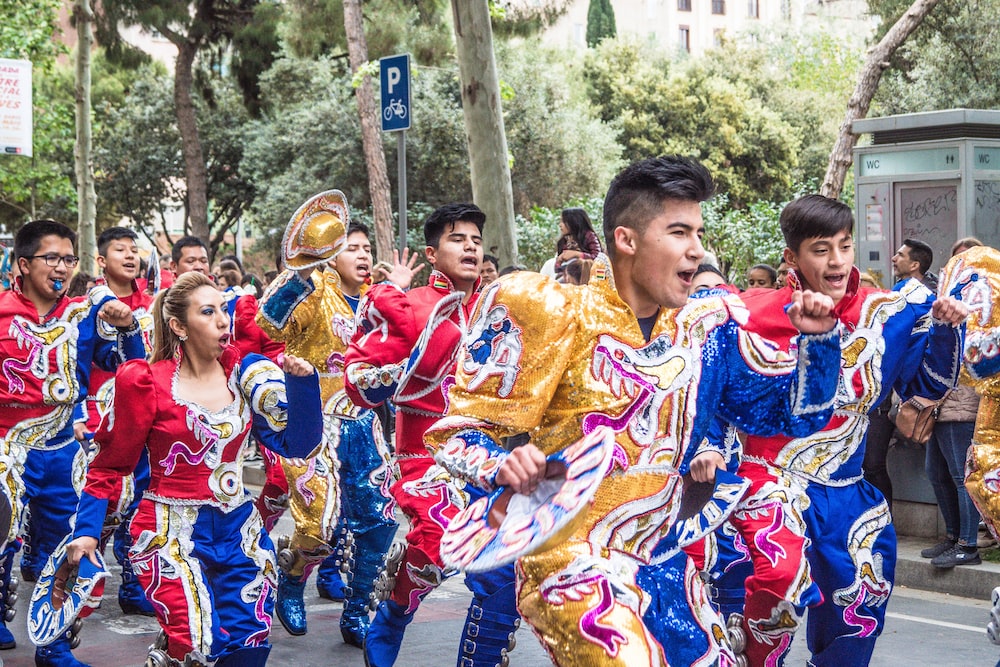 If you’re looking for a truly unique and fairly surreal experience, look no further than Valencia’s Las Fallas festival. For four days in the middle of March, the city transforms into a carnival of incredible spectacles – from huge papier-mâché figurines, to spectacular performances.

At the end of the event, the festival finishes with a truly breath-taking display of fireworks and large-scale bonfires, which are left to burn right the way through the night. It really is an event that needs to be seen to be believed. 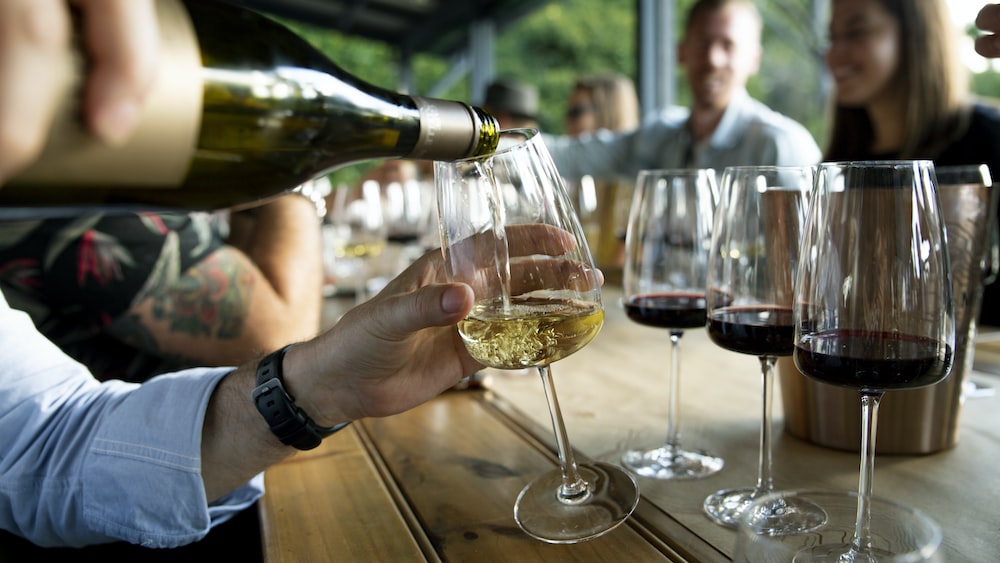 Whether you like wine or not, this festival is literally crazy. In fact, the wine sort of becomes a bit of an afterthought really, as Spanish locals spend most of their time chucking it over each other rather than actually drinking it.

The Batalla del Vino, as it’s otherwise known, takes place in June every year in Haro – a small town in the Rioja region of Spain. Starting the day relatively calmly with mass at 9 AM, the event then descends into chaos, with the town hosting a variety of wine drinking competitions that soon get out of hand, but in a good way.

The festival is a ton of fun and a must-visit during your time in Spain. Just make sure not to wear your best clothes to it – we all know how hard red wine stains can be to get out. 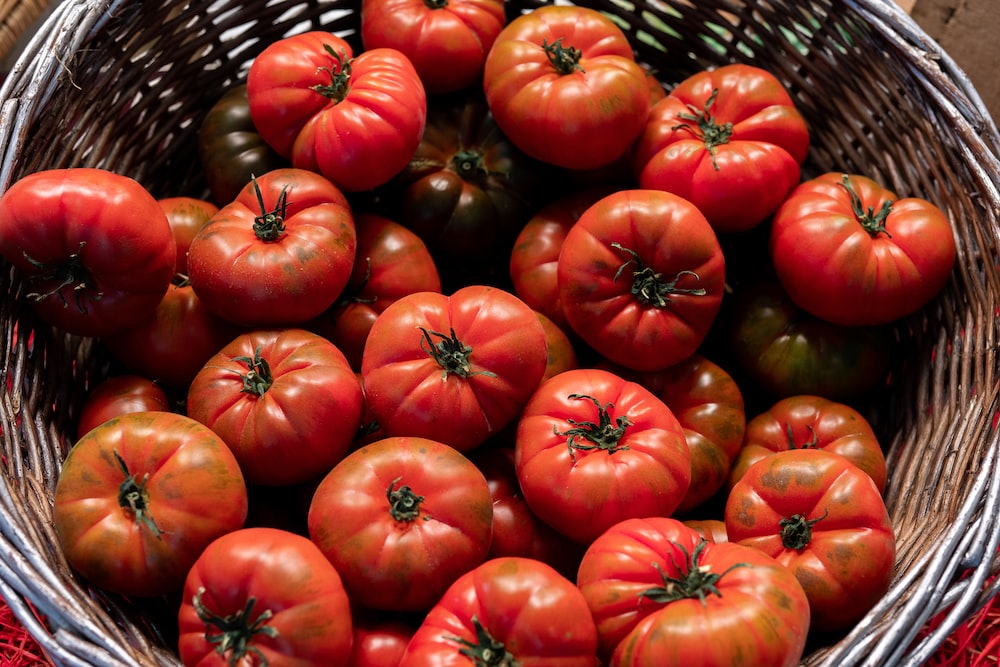 Another of Spain’s more chaotic events, the weird and wonderful La Tomatina festival centers around thousands of Spanish locals throwing tomatoes at each other – seriously, what is it with the Spanish wanting to throw food and drink over one another?!

Taking place in the tiny town of Buñol, near Valencia, the event originally started back in 1945 following a disruption during a parade, where angry locals lobbed tomatoes at each other in protest. The now 74-year-long tradition takes place on the last Wednesday of August every year and attracts thousands of tourists from around the globe. 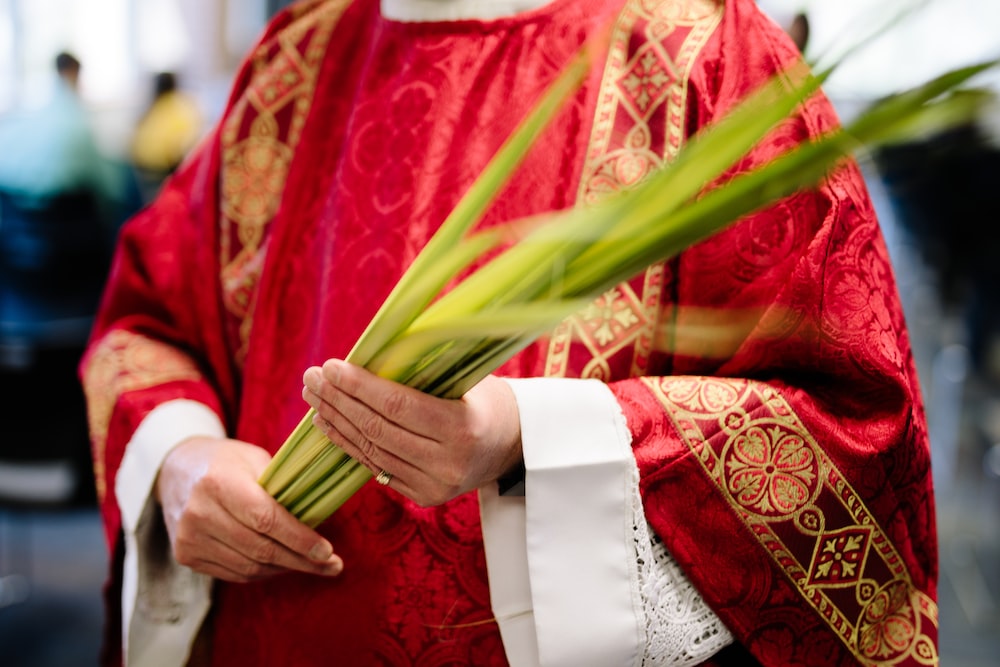 From two pretty chaotic events to one of the country’s most beautiful, Holy Week – or Semana Santa as it’s known in Spain – is a stunning festival which celebrates the lead up to Easter.

With elaborate events taking place on each day of the weeklong build-up, the festival features a number of ornate religion-themed floats, paraded around by members of local parishes and religious brotherhoods. During the festival, you will find Spanish locals dressed up in traditional wear, and live bands playing relaxing music throughout Spain’s various towns and cities.

Holy Week may be celebrated right throughout Spain, but its most famous processions are found in Seville and Málaga, while Valladolid and León are growing in popularity too. It really is a fantastic traditional Spanish festival and, what’s more, you’re much less likely to have a tomato thrown at you.

A truly authentic trip requires certain planning and local expertise but with the help of local travel assistants, you can enjoy the trip tailored to your interests and needs effortlessly! Don’t hesitate and try to surprise us with your request here :)