Shopping in Rome, or where Romans shop for designer clothes and accessories 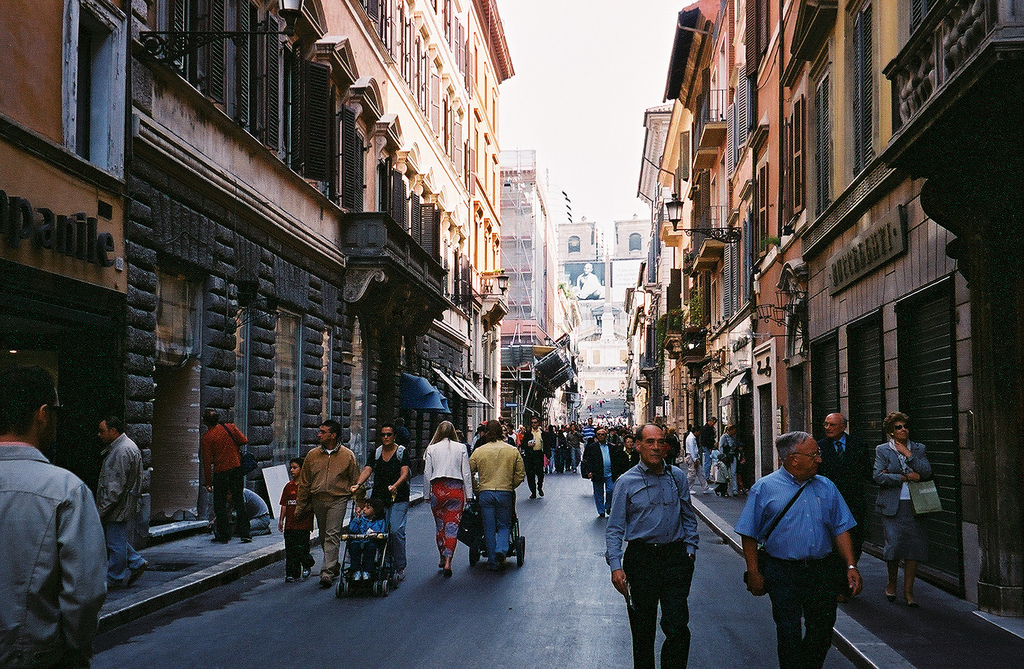 What is Rome for you? Is it the city with the best pizza and pasta cooked in small family restaurants? Or is it a sprawling cosmopolitan city with almost 3 mln residents and constant crowds of tourists staying at luxury hotels? Or maybe it is your number one destination for arts, history, culture and ancient beauty? Well, for shopaholics Rome is a mecca in Italy for designer clothes, expensive or budget shopping, boutiques of worldwide known brands, handmade accessories in small shops and amazing details that will make you look gorgeous, smart and simple at the same time. 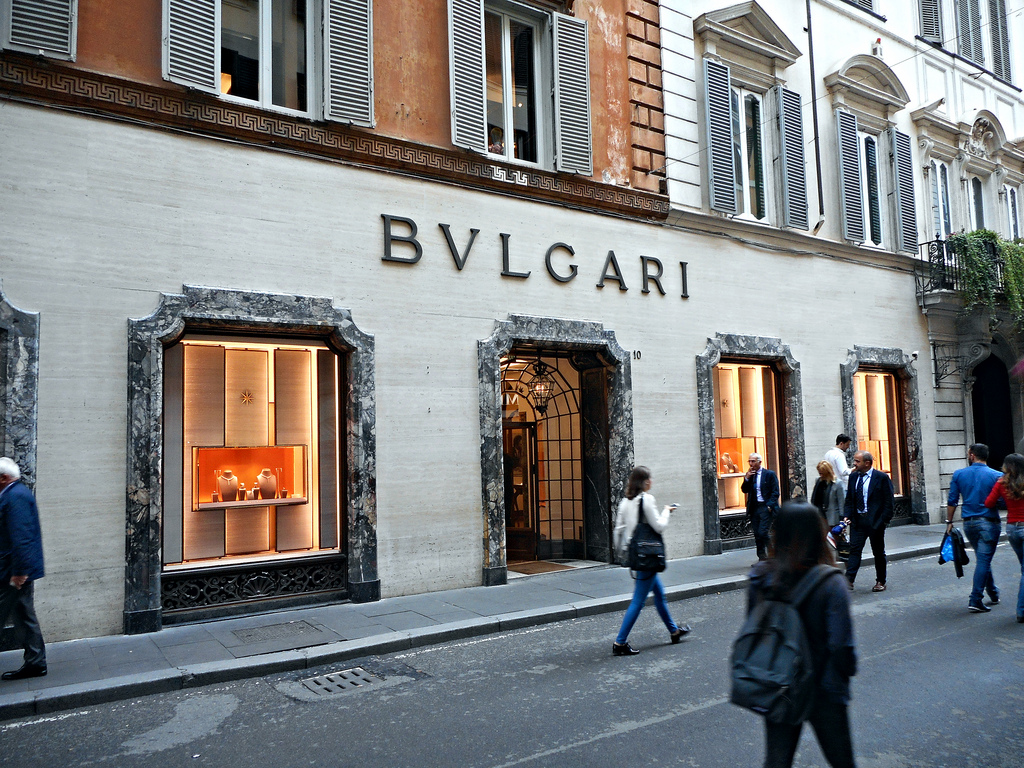 Bulgari at Via dei Condotti in Rome, Italy

Via dei Condotti begins at the Spanish Steps – a steep slope between the Piazza di Spagna and Piazza Trinità dei Monto. Streets branch out from the Spanish Steps in several directions and lead you to a great number of designer clothing shops – this is Roman shopping central!

Via dei Condotti is home to Gucci, Louis Vuitton, Max Mara, Dolce & Gabbana, Michael Kors, Battistoni, Salvatore Ferragamo, Jimmy Choo, Giorgio Armani, Burberry, Hermès, and company. The list is very long and is full of designer brands, expensive boutiques, and fashion shops. Even if this is not for your budget, go to via Condotti to haunt celebrities who shop for a leather handbag or a new designer dress. This most prestigious street in Rome can be compared to Fifth Avenue in New York or Bond Street in London.

Via del Corso was once the main street in ancient Rome and until now all the ancient objects are under there. Today it is still a very long street with a great number of shops for a smaller budget. In any case, visit Via del Corso to shop for Nike, Puma, Polo Ralph Lauren, Zara, Calvin Klein, H&M, Stone Island, Leather shop, the Disney store and many-many others. This street is always full of tourists and Romans as well and it connects Piazza del Popolo with Piazza Venezia. 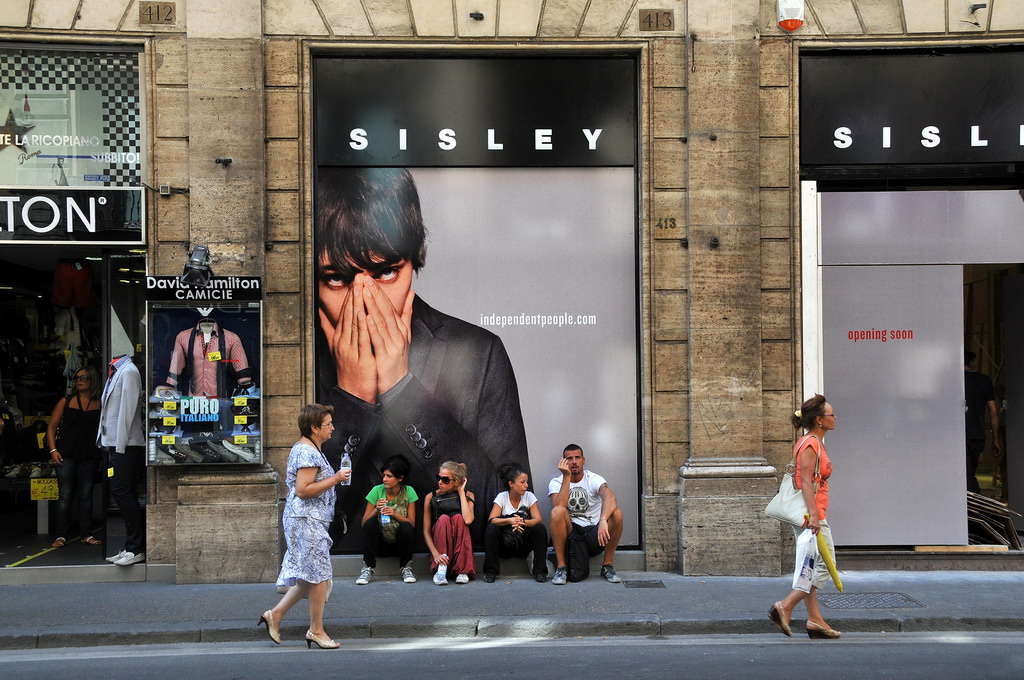 Sisley at Via del Corso in Rome, Italy

Via Cola di Rienzo is on the other side of the river Tiber and is close to Vatican City. It’s located in commercial Prati neighbourhood and is less crowded than Via del Corso, for example. It has not only worldwide famous brands but also Italian ones. So head for this street to buy an Italian dress or leather jacket in Bertozzini, Luisa Spagnoli, Liu Jo, Intimissimi, Twinset, Abitart, Coin Excelsior, Stefanel or Falconieri.

Via del Boschetto is situated in the Roman hippest neighbourhood, Monti. The street dates back to almost 3000 years ago and is rich in history. Here you’ll find an array of cafes and vintage shops with one-of-a-kind handmade clothing and jewelry.

Via Vittorio Veneto is a vibrant street immortalized by Federico Fellini in his 1960 film La Dolce Vita. The street is famous for its café society, sophisticated hotels, and unique stores. If you are looking for handmade clothing, vintage Italian shoes or a high fashion leather bag, this is the right place to buy them all.

Best Hotels for Your City Break in Rome
Shopping Guide in Italy: What and Where to Buy
When in Rome, Shop as the Romans Do

2 responses to “Shopping in Rome, or where Romans shop for designer clothes and accessories”