My Solo Trip to Goa, India 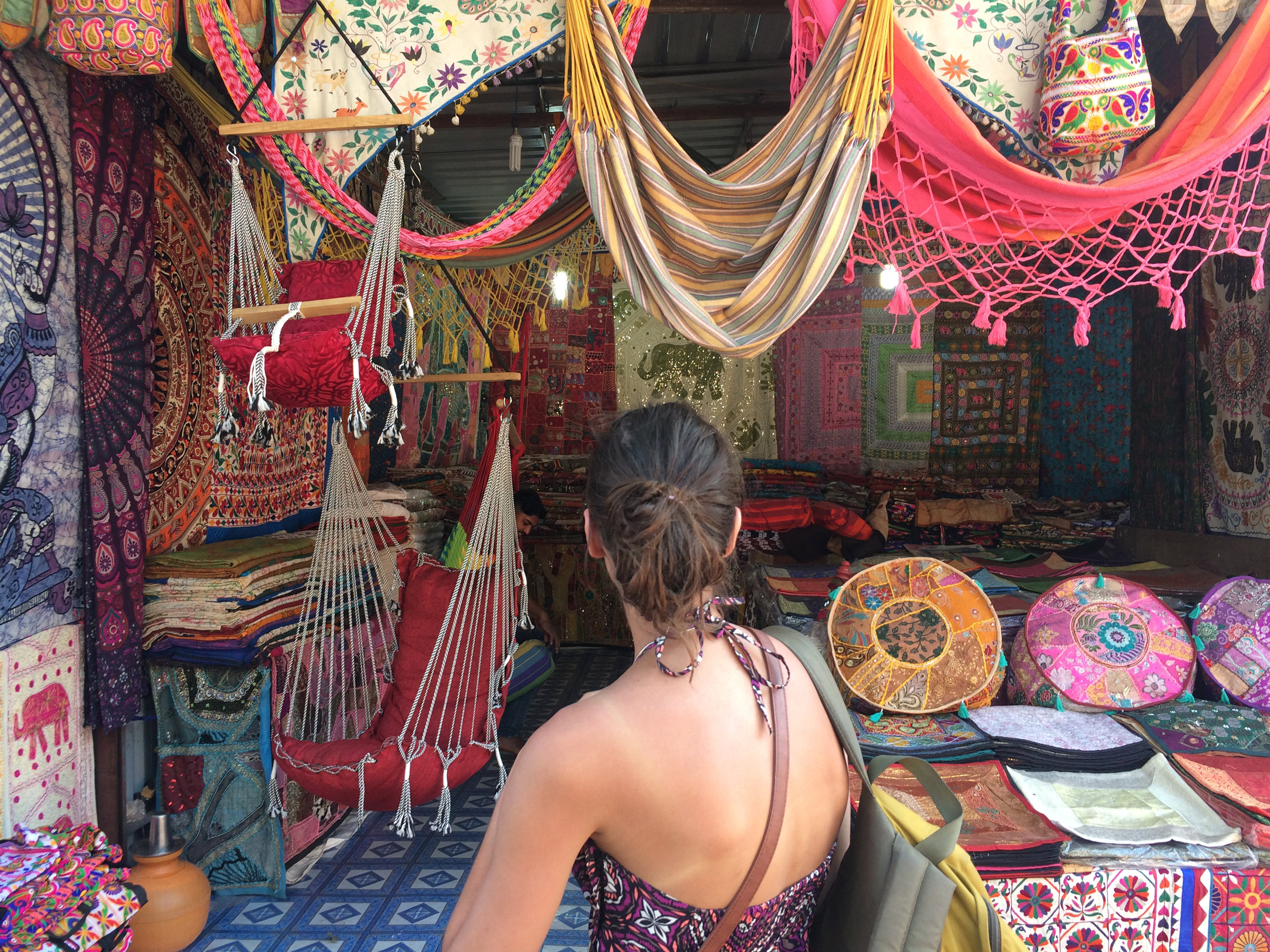 No doubt it’s great to have a job that you love, however, a good vacation is even greater. And if a vacation is in winter, this is a sign that it’s high time to go to the ocean.

I was choosing between Thailand, Vietnam, and India. From the very beginning, I tended to India but my friends were talking me out of this idea. Because “there is Zika virus, deadly jellyfish, muddy beaches with cows walking along them, and, moreover, for girls it can be dangerous”. But nothing of the above scared me so I took my friend and we went to Goa. 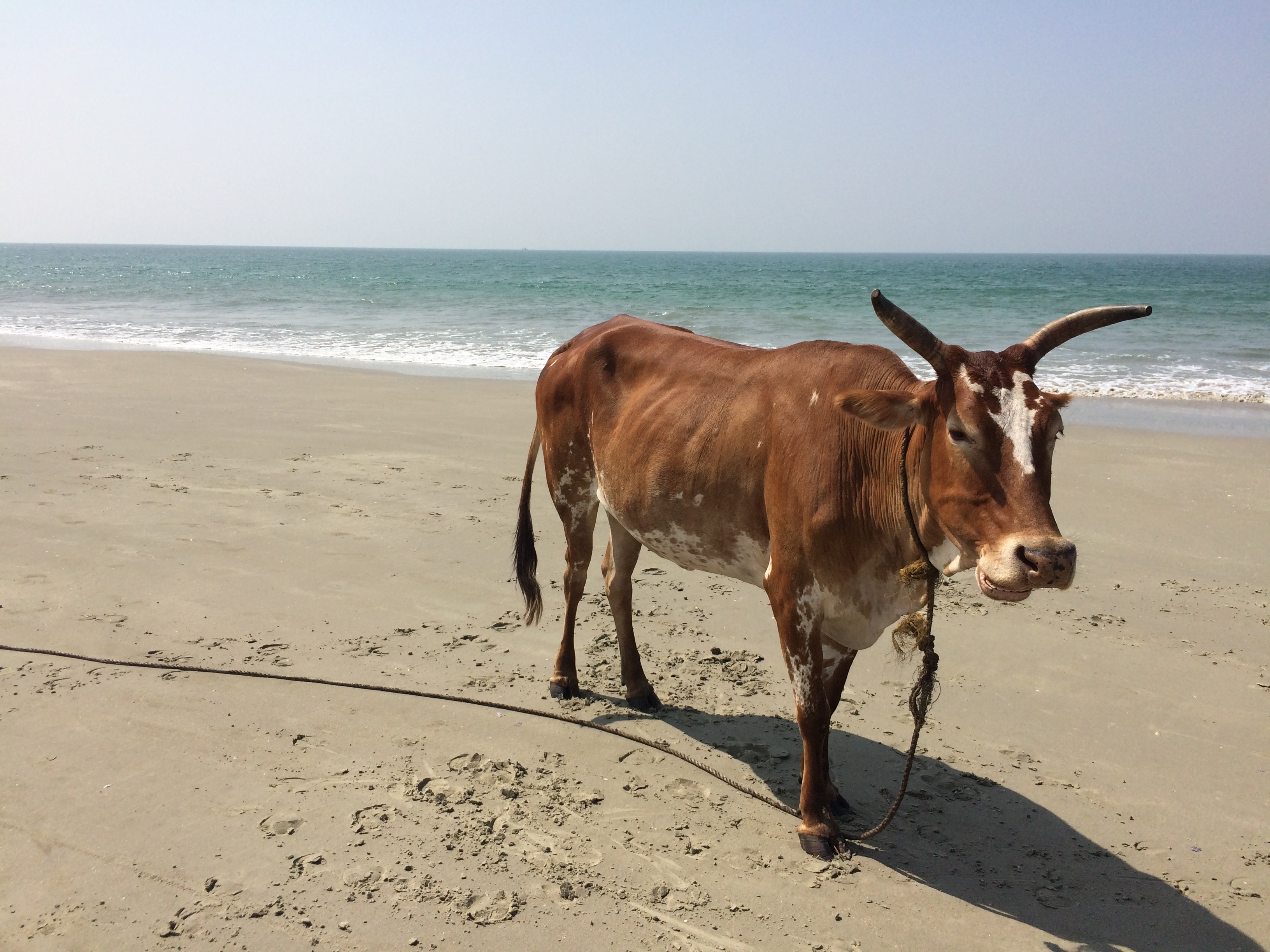 The question which part to choose – Northern or Southern Goa – dropped in a flash, too. We preferred beauty and tranquility of the south to bustle and parties of the north. We didn’t regret it at all.

I will not describe Moscow – Goa flight because it was something unbelievably horrible and if I ever had a desire I could dedicate a whole book to that flight. My recommendations:

So, I will just start my story as if there had been no flight.

My first impression when I saw Goa from the plane’s window was that I arrived at an old summer house but not to relax on a beach. Everything was in green and brown colours: brown rivers, brown trees, brown pavement. But we didn’t feel unpleasant or scared about our vacation.

So we landed in Goa, left the plane and entered the airport.

Three times. Three times in 15 minutes electricity disappeared, the queue for the passport control seemed endless and someone hit upon the idea to put about a rumour that our luggage didn’t arrive. We were interested in what this vacation held for us.

And then everything changed drastically. A surprisingly excellent bus with a working conditioner took us to a hotel. Then we immediately got settled in the hotel, connected to the Internet without any problems and even were served an unplanned lunch. 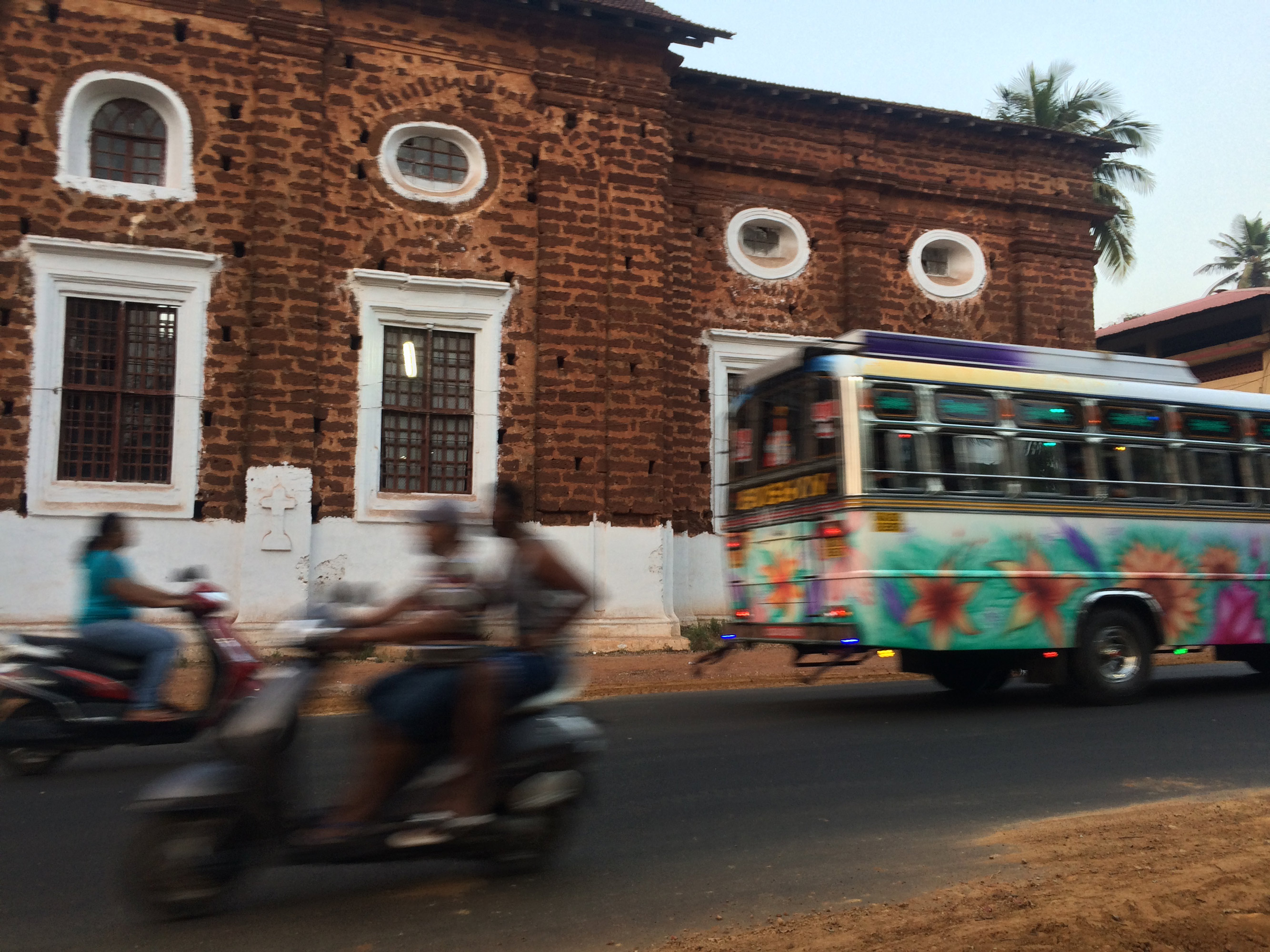 By the way, Colva Kinara hotel exceeded our expectations. We understood that we were going to India and should not count on something really good. We were told that if an Indian hotel has 4 stars, by European standards this would be 2 stars. In our case, it was a really good 3 stars hotel. Front desk clerk was so well-mannered and qualified that this fact astonished us every day until our departure back to Moscow.

A few hours later after our landing in Goa, the word “mud” was substituted with “colours”. In Goa, everything is very beautiful even sheds and abandoned buildings. We had an impression that we were riding not in Goa but on a rainbow. I wanted only two things: to watch and to take photos.

First, we went to the bead beach.

Don’t take photos with everyone who asks you to. At first, we felt like Rihanna and Beyonce but later we realized that locals persecute all European tourists to take a selfie. They even publish newspapers with such photos! 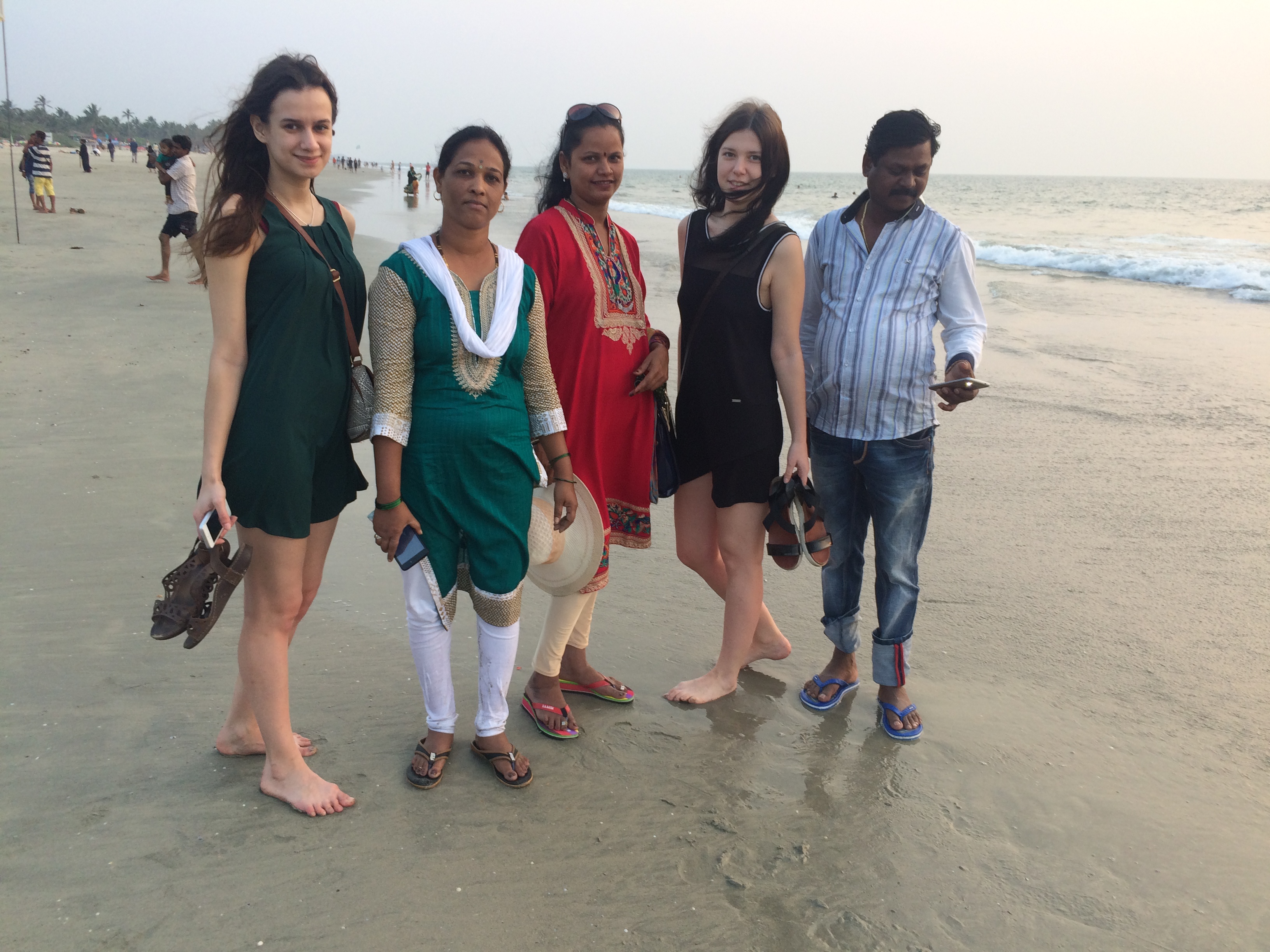 Usually, on the beach, there were few people. Every shack had its own free sun loungers because Goa beaches are considered to be public property. If you buy just one glass of juice in a shack, you can take a sun lounge there for free and sunbathe on it watching fishers for the whole day.

Local Indian women and children will come to you off the reel. Some will sell blings, some will tell that they have nothing to eat. Just answer: “Later” and they will go away smiling to you. 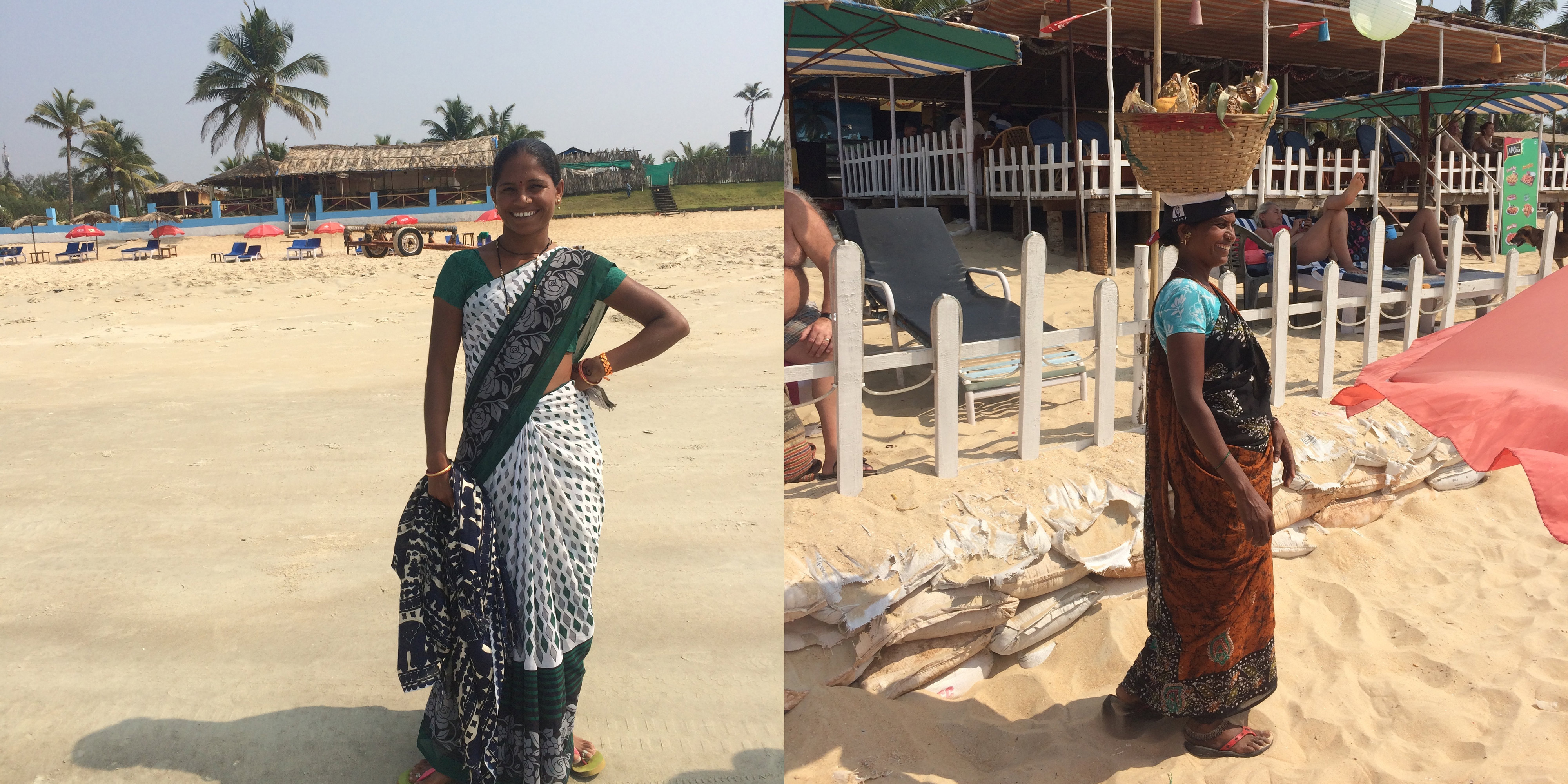 Flora and fauna are amazing in Goa. We saw elephants, monkeys, cows, turtles and big crabs. We were surprised that some local people treated them worse than tourists. Don’t touch animals, this is their home and you are guests in it, so just enjoy the nature.

What to do in Goa if you don’t want to go to excursions or explore the island yourself?

I guess, nothing. That’s why our third day itinerary was: Palolem Beach – Cola Beach – Fort Aguada;

Take a taxi or rent a bike and explore the island. The price is usually fixed so you won’t be overcharged. It is worth the cost, we saw so many natural beauties.

Just a breathtaking view from the Fort Aguada. 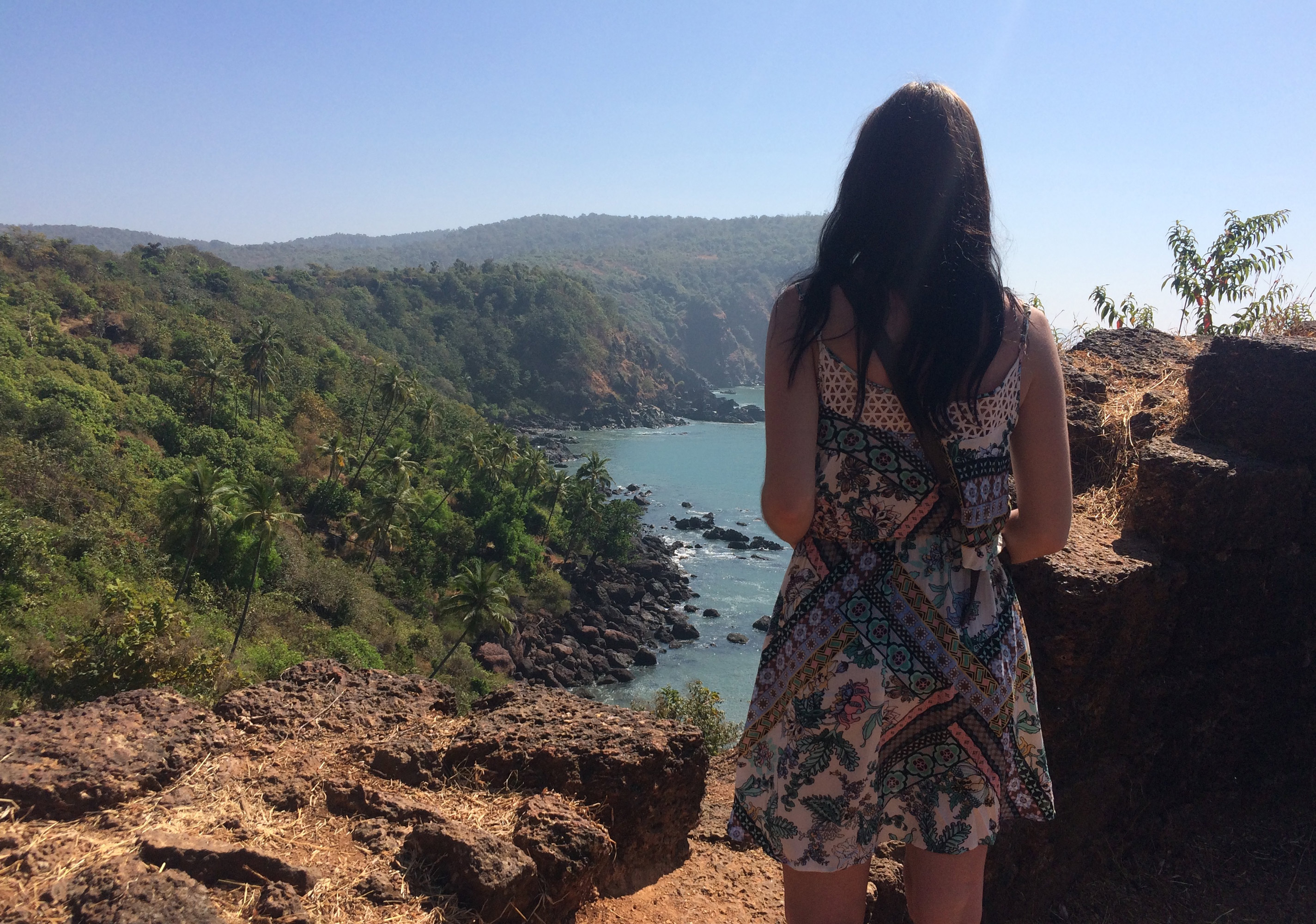 Have a look at a cold fresh lake that saves you from big waves and burning sun. 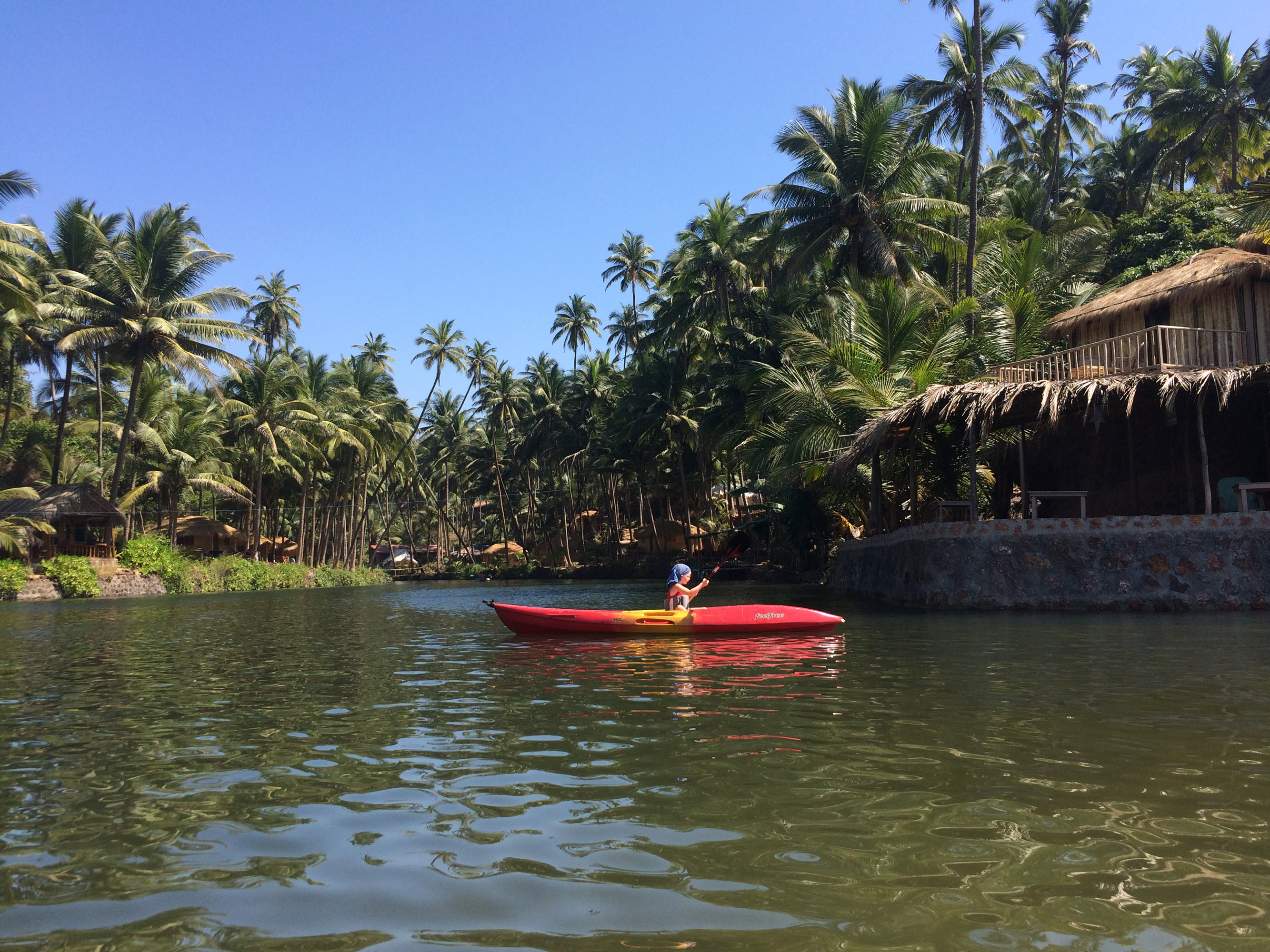 It was interesting to see a movie being filmed on one of the beaches. And I should say that I didn’t see anything that I remember from my childhood: no songs, no dances, no beautiful kids. It was quite boring and even without emotions. 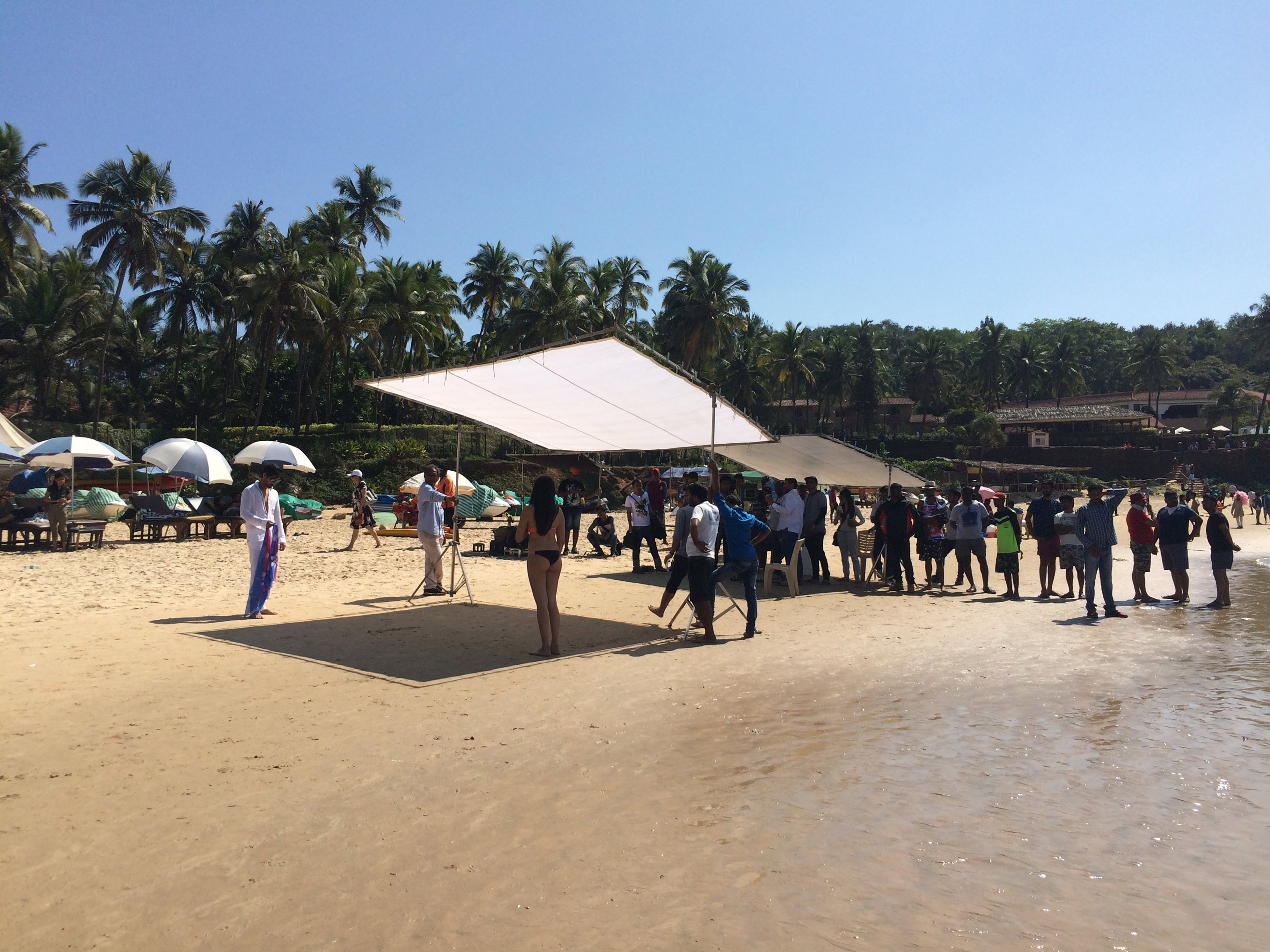 What shall I say about local markets and sellers? In a market, you are as if moving between two different worlds. In the first world sellers glue themselves to you and are ready to go with you kilometers until you pay attention to them. The second type of market sellers doesn’t care if you buy anything from them or not. No doubts, we liked the second type more.

You can and even should bargain with sellers. They are ready to bring down the prices because they will sell everything in any case: a great number of tourists go to Goa. 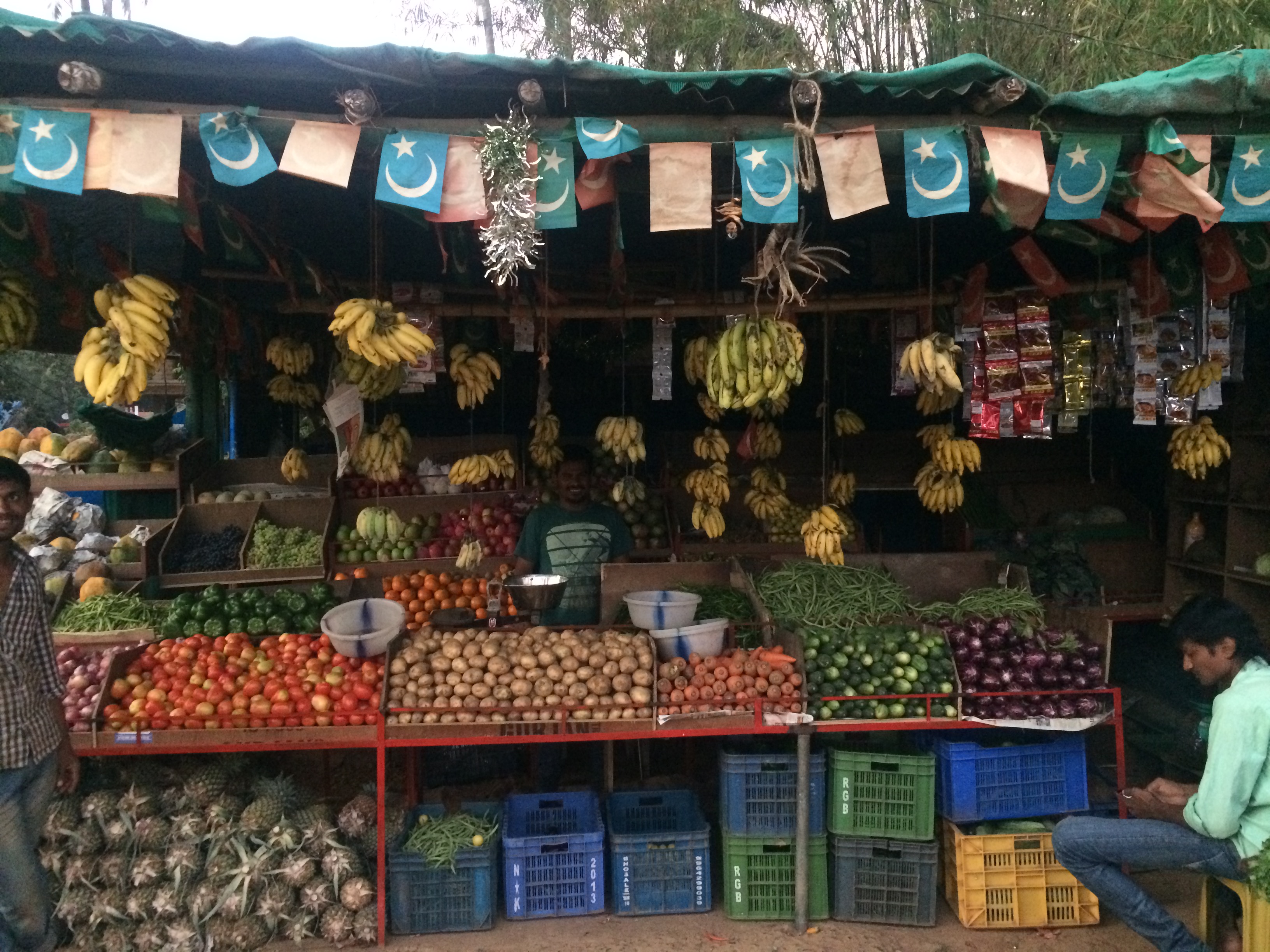 Margao market is in a league of its own. We expected that the market would be authentic, fairy, with market stands with spices, fabrics, flavours, tea and coffee. But what we saw hit us like a ton of bricks. To get to the market we had to step over garbage, rats, mashy food and other trash. We were constantly lost and could find an exit because it is very complicating and hard to orientate. But the market has its peculiar charm and beauty. By the way, close there is a market for local people but few tourists know about it. Prices are twice lower there in comparison with the prices on the market for tourists. If you find it – you are a lucky dog who will bring home many interesting souvenirs.

We did love Goa. It has an enormous number of beautiful, weird, extraordinary things, colours, tastes and flavours that outweigh all the minor faults happened in the beginning of our trip.

We were impressed by beautiful beaches. Even though they are not like in a Bounty advertisement, they still have something beautiful.

We were charmed by local people. They are so kind, sympathetic and a bit funny. They had as much fun looking at us as we did looking at them.

Flora and fauna are fantastic in India. Big mansions, small houses, churches, and schools are impressive.

Will I go back to Goa?

Will I go back to India?

Yes, India merits to be visited again. And I am almost 100% sure that next time my impressions will be even stronger and more vivid.

Five Reasons to Visit Hvar Island This Year
Advice from Experienced Traveler on Istanbul Turke...
New Delhi – the city where every second day ...

4 responses to “My Solo Trip to Goa, India”