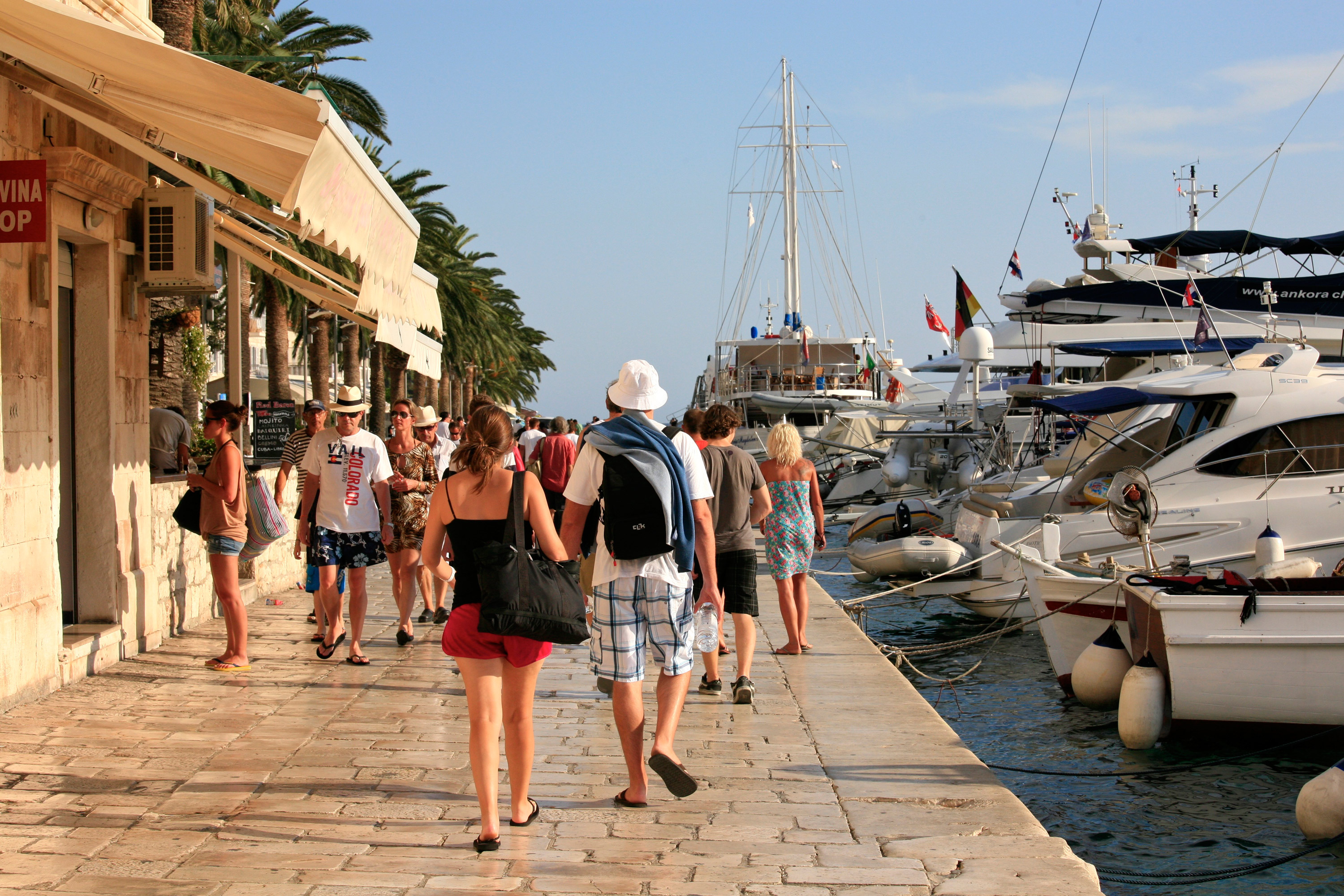 With MeetnGreetMe we continue exploring the world! Today we are travelling with you to Hvar together with Ivana. She would like to share with you all these curious facts about the culture, history, food, culture, nightlife and best local attractions. So sit comfortably and enjoy.

“Croatia has many islands and they are increasingly popular, as well as the coast, so why choose Hvar? Let’s start with some basic information.

The island is situated on the Croatian side of Adriatic, near the mainland. It is one of the largest Croatian islands. To give some practical tips, the trip from the coastal city of Split in Croatian province of Dalmatia is some two hours or less by ferry. Split has an international airport and Hvar is well connected by ferries, ships and seaplanes to the mainland as well as to some islands. Hvar is one of the Middle Dalmatian islands. Its positioning is the reason island has great microclimate and is statistically the sunniest island of Adriatic. So let’s start with the reason number one – the climate and nature of Hvar.

Climate and nature on Hvar 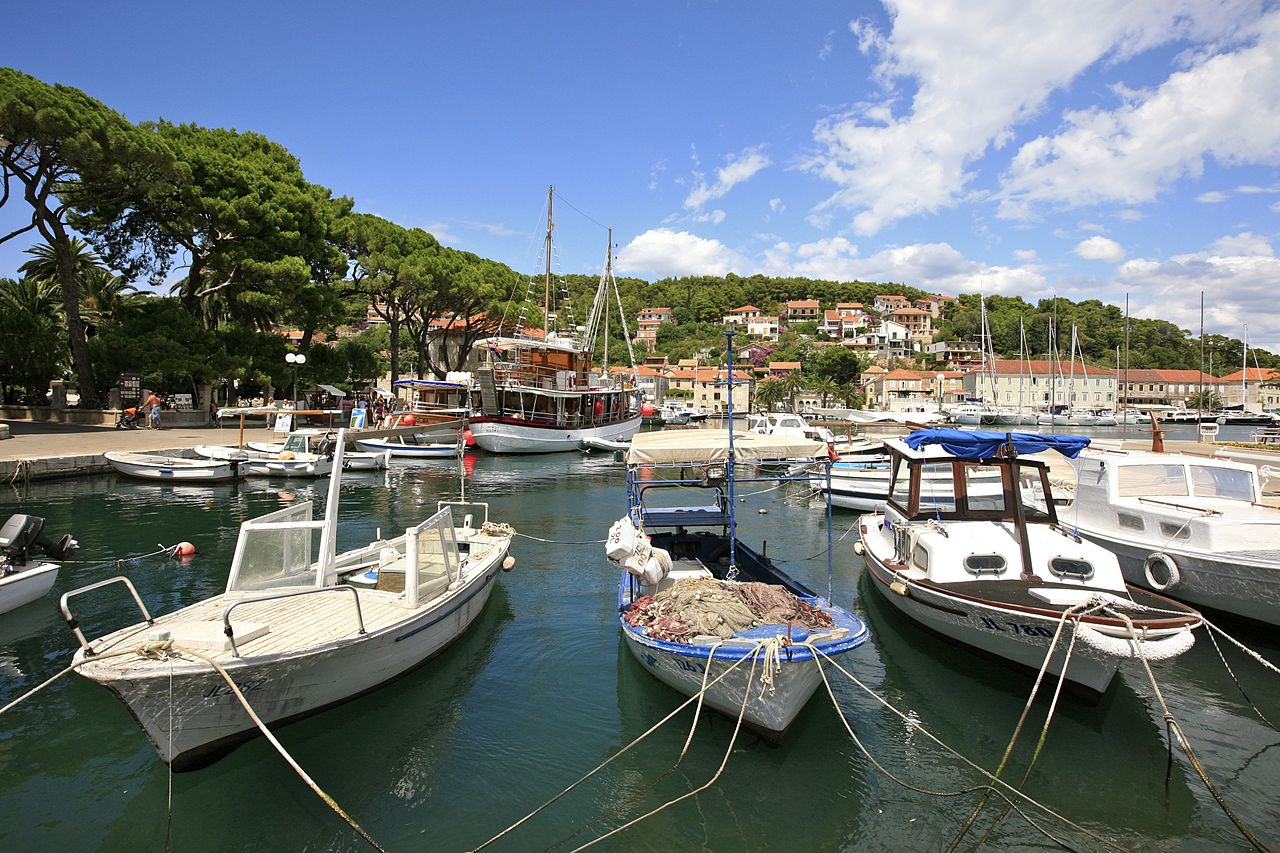 Port of Jelsa in Hvar

Naturally, when on the seaside, one has to wonder what are the beaches like. The city of Jelsa, where I reside, has best beaches if you want to get around on foot. The coastline from city of Jelsa to Vrboska, some 45 minutes of walk is simply full of good places to take a break and swim. Whether it is a break from nordic walking or cycling, you’ll enjoy pine trees touching the sea all along the coast with small, mostly stone and pebble beaches, but also sand ones. If you head out through the centre of Jelsa to the other side of city bay, you can’t miss sand beaches in a row, aqua park and other things to do. If you are taking a boat or rent a car, scooter or bike there are so many wonderful, hidden gems to discover. City of Vrboska has amazing Soline peninsula and also bit hidden Maslinica. Every summer there are organized excursions to some famous beaches so, for example, from city of Hvar you can get by boat or boat rentals to wonderful Paklenski Isles that actually protected opened Hvar harbour for centuries. There are bars and events taking place there quite often.

To the east of Jelsa there are many hard to reach beaches great for windsurfing.

Everyone’s favourite are beaches on the southern side, in Zavala. You need to really take care of your skin there for super sunny exposition which makes it important place to grow the wine named Plavac. Sure, you can find places to taste this wine which brings us to reason two why visit Hvar. 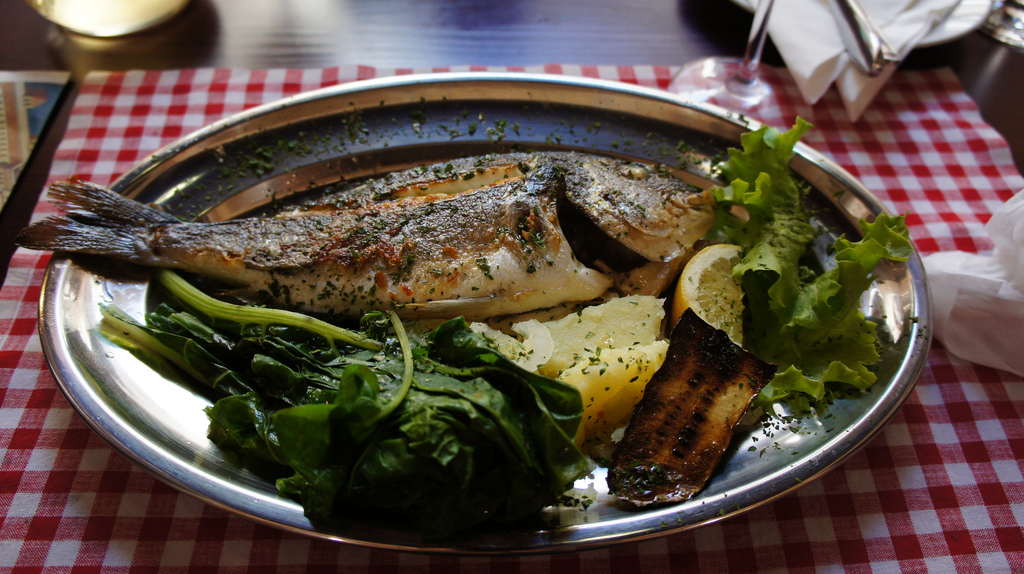 You are bound to notice fertile red soil and dry stone walls made out of stone found in that soil while doing the hard work of cultivating it. It is worth the trouble, the quality of lavander, olives and vineyards there won’t disappoint you. As well as so many spices and herbs like peppermint that just grow wild at every step and that are used in production of essential oils. Croatian cuisine here is Mediterranean and owners of restaurants are becoming more aware of the fact that guests would like to try something traditionally Croatian. So, near the seaside you can try many fish specialties but restaurants called konoba in the inner part of the island have much to offer as well.

While parts inhabited in the past by fishermen have different kinds of food to offer, konobas of the inland have more meat dishes and some have been forgotten for a long time and now came to live again. Want to dine in the olive grove? That can easily be arranged. The tradition of the villages in inland is very rich, interesting and underestimated, Hvar is not just about the sun, sea and seafood although we must admit this is wonderful in itself. 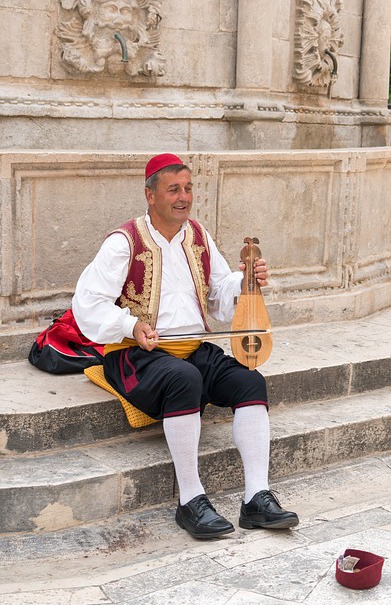 Aside from traditional architecture present in the inland village of Humac preserved just as it used to be centuries ago, Hvar is famous for its oral tradition, especially singing in a nightlong procession before Easter. This became so much more than religious event since many musicologists have been doing research on this valuable tradition passed on from knee to knee and only recently written down. It took lot of experimenting with notation to write down all the semitones and present it to the public. You might enjoy jazz improvisation based on this vocal tradition. They are called Fragments and some were inspired by Hvar soundscape.

Hvar has many different kinds of singing that are typical for the rest of Dalmatia as well, but this is purely saved by generations of people living on the island. Hvar has also its composers that preserved sounds of city dances and sometimes during summer festivals it is possible to hear that music played in some of the cities on the island. Sadly, there are not many recordings even of great Croatian composers. Croatian musicologist, professor Bojan Bujić at the University of Oxford, famous for his work on Arnold Schoenberg, also wrote on composer from Hvar, Antun Dobronić. Not only did this composer draw from folk tradition, but so did our great renaissance poet from city of Stari Grad. This time, it was poetry, which brings us closer to our next topic. 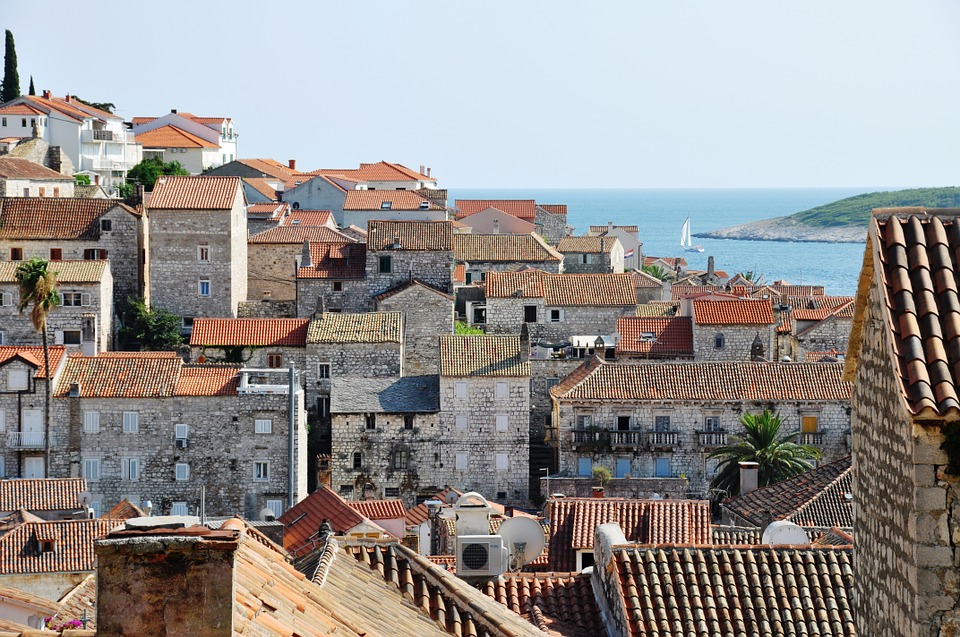 The castle that poet built for protection of people of Stari Grad from attacks from the sea, mainly the Ottoman Empire and also for enjoyment of his friends is distinct by wonderful rustic arches surrounding the fishpond and also witty inscriptions in Latin that show poets true, down to earth nature. Today we know that the castle, that is beauty in simplicity, had a rich botanic garden and poet’s heirs still live in it. It is one of my favourite places and I’d love to take you to enjoy the spirit of serenity and elegance that is simply part of the space of the building. Petar Hektorović, who was only one part of Hvar’s rich renaissance culture that communicated with other centres in Dalmatia, like Dubrovnik, wrote down in his works poems of the common fishermen of his time.

But the history of Hvar that is still visible on the island goes way back to neolithic age and culture, Hvar was inhabited by Greeks who are actually responsible for the name, it was derived from Greek Pharos and first Pharos wasn’t the biggest municipality today, Hvar, but before mentioned Stari Grad which literally means Old Town. Division of Stari Grad’s fields and terrain is still preserved as it was in Greek times and hence can be found on the list of the UNESCO world heritage. So wonderful to see from the air and people are still using those fields as centuries ago, so it is a very lively place. There are remains from Roman and Byzantium times, there are remains of Illyric fort above Jelsa which is a wonderful hiking route with striking view from above. I’ll have to mention the age of Napoleon and his forts ( and roads) in Hvar, it is a long list of sights and I am ready to help you discover those that might intrigue you most. Some of these places like church fortress in small city of Vrboska with a wonderful Titian polyptych or Franciscan monastery in Hvar offer different events during season. 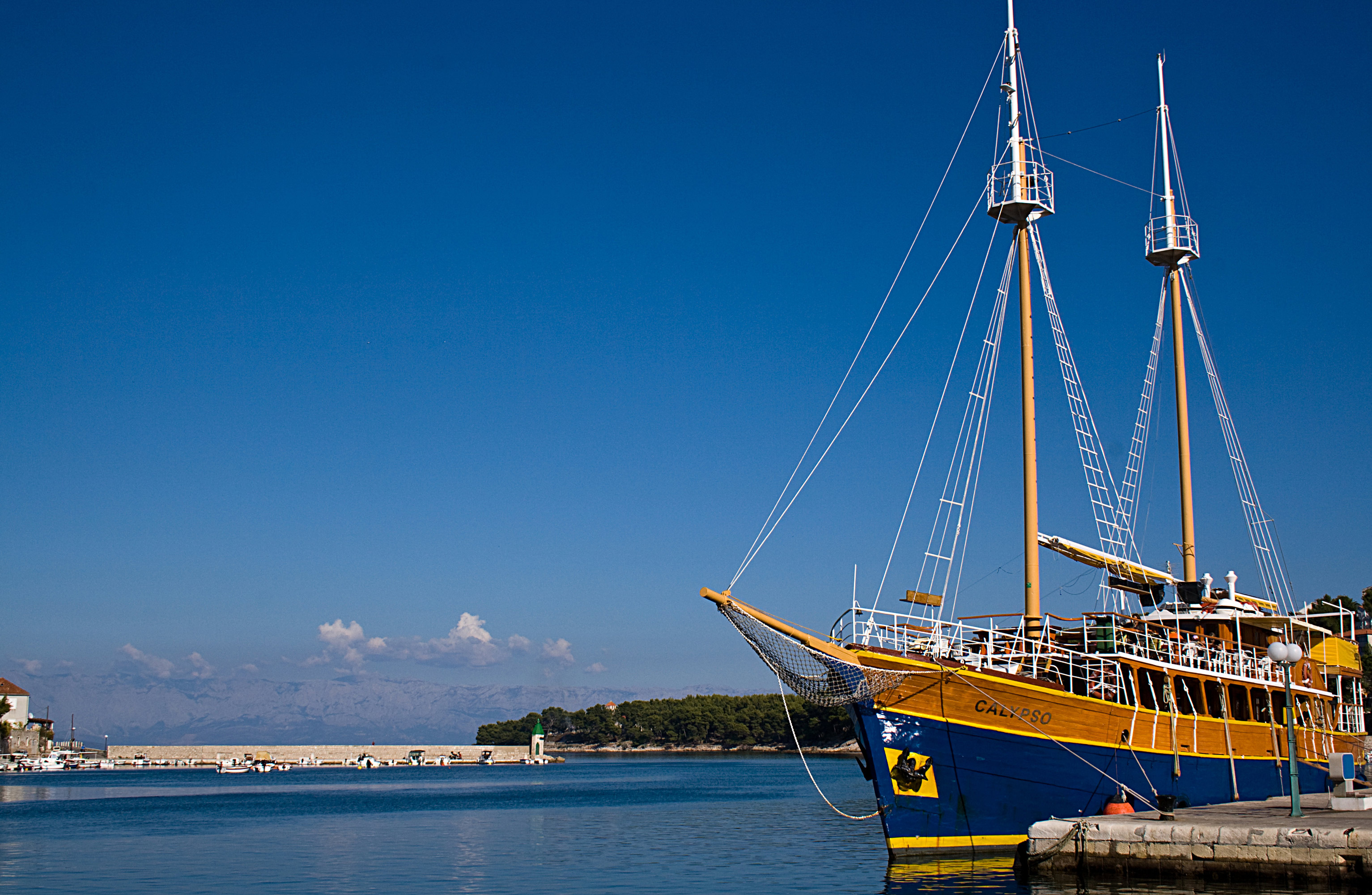 There are many ways in which one can be entertained here, wether going to fishermen’s nights with local food and wine and a cappella traditional singing or enjoying big nightclubs, like Carpe Diem in Hvar that is often visited by celebrities. There is nightlife on before mentioned Paklenski Isles where you are taken by boats to the bars. Some people prefer clubs with gigs for smaller audience that take place in most cities on the island. The event called after dormice – Puhijada or Dormice party in the central valley of the island attracts lot of people lately. Wether you intend to try this specialty or not, it is always fun to be around. It is possible to enjoy festivals with folk culture, classical music, jazz, theatre…oh, did I mention famous Hvar theatre? It is considered to be one of the first public theatres in Europe and it is located within famous shipyard Arsenal in the city of Hvar. Many places considered sights host different programmes during the season. Anyway, there is richness and different ways of enjoying your evening on the island, it can be just a quiet walk by the sea and watching the sea, ships and boats, it is all upto you and I am ready to help with tips, as long as I know your preferences.

I tried to give the short introduction to Hvar and I hope you made up your mind – at least to be ready to hear some more in depth information. Enjoy your time away, wherever you decide to go and thanks for staying with me till the end of this text. I shared some of the beauties of the island of my ancestors with you and I appreciate good will and attention. Who knows, maybe I’ll see you this summer. Cheers!”

We thank Ivana for her amazing insights and fantastic stories! You are bound to enjoy travelling to Hvar with such a great local expert! ;)

Would you like to share stories and interesting information about your city? Write to us at hello@meetngreetme.com and we’ll publish an article together!

Best Free Museums to Visit in London
10 Top Things to Do in Florence
Shopping Guide in Italy: What and Where to Buy

2 responses to “Five Reasons to Visit Hvar Island This Year”