What Festivals & Concerts to Visit in Florence during your Tuscany Holidays 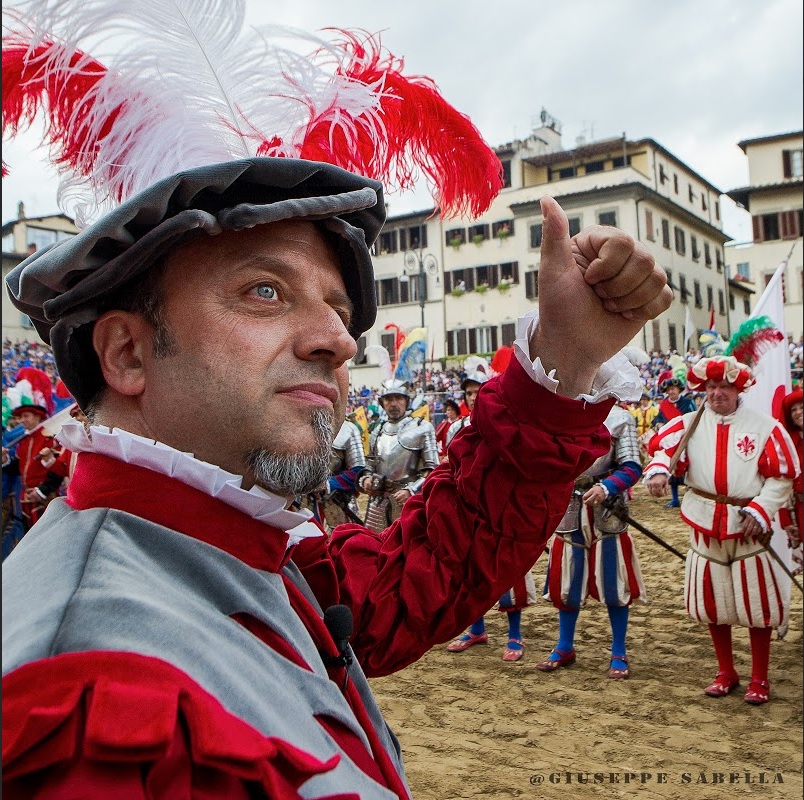 Florence is an amazing city to visit and see in Italy. Florence (or Firenze in Italian) offers much more than the usual sightseeing and typical tourist attractions. There are many annual events that take place in Florence and attract thousands of local people and interested tourists. Include these annual events in your holiday plan to learn more about the Tuscany culture and local traditions.

After Christmas and New Year every Italian child is waiting for the Epiphany. This is the day when La Befana visits all houses in Italy and puts coal in the socks of naughty kids and sweets to good children just like St Nicholas or Santa Claus. It is a legal holiday in Italy (consequently, banks, offices, and shops are closed) commemorating the arrival of the Three Kings in Bethlehem. In Florence, the celebration of the Epiphany includes a grand parade in magnificent costumes that evoke the arrival of the three Wise Men to Bethlehem searching for the Messiah. This parade is a very old tradition started in 1417 when the cavalcade repeated every three or five years. An absolute must-see in Florence in January!

By the way, it is also a day when all Italians are glued to their TV-sets watching the national lottery drawing with 5 million euros. 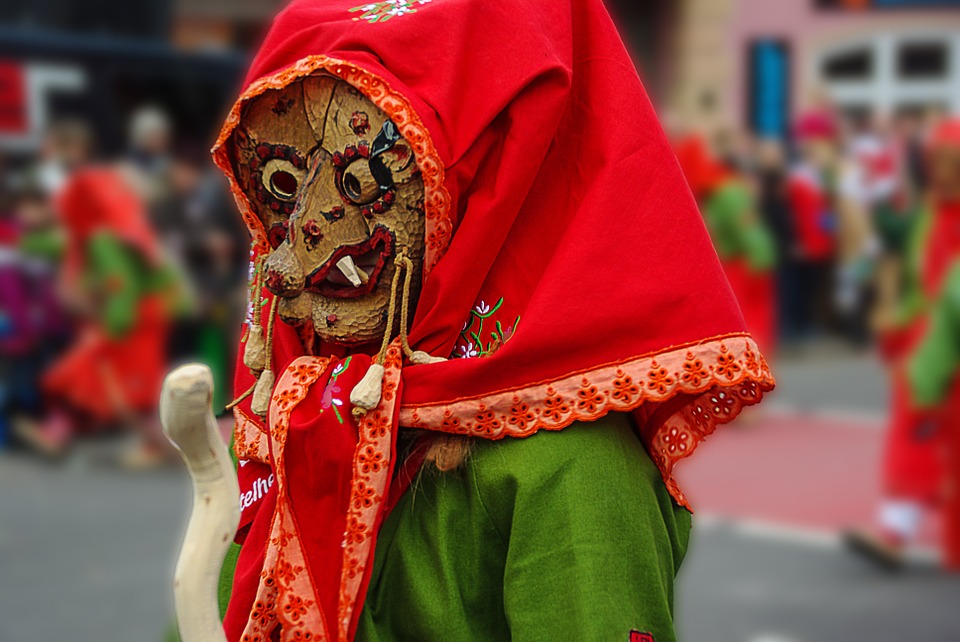 If you are going to Florence in February, make sure that you visit Florence carnival! The festivities originally began as early as 15-16 centuries, and from those times they have undergone some changes. Today the carnival is a colored parade with amazing costumes and masks, impressing entertainment program, and various festive activities. It all starts on Piazza Ognissanti and goes to the Piazza della Signoria with different ethnical groups competing with each other in costumes, dances, and songs. Countries participating include Brazil, Peru, Sweden, Bangladesh, Senegal, the Ivory Coast, China, Mexico, Germany, and the United States. Many eagerly await these moments to freely and fully express their fantastic and original creativity, while some even prepare for it all year round. Moreover, February is one of the best months to visit Tuscany which enjoys the “low season” and isn’t crowded with tourists.

What: Florentine New Year
When: March, 25
Where: the Church and Piazza SS Annunziata

This is another great reason to visit Palazzo Vecchio in Florence. March 25 in the traditional Florentine New Year, or the Annunciation feast. This is a celebration of the Angel Gabriel telling Mary that she would be the mother of Christ. The feast starts in the Ponte Vecchio in the morning with a parade with elaborate medieval costumes and music and continues at the Piazza SS Annunziata. In this square, visitors enjoy Italian cuisine at an outdoor market until 5 pm, an evening concert that starts at 9 pm and observe the frescoes of the Annunciation depictured in the church.

Ask a Florentine local to arrange an authentic tour for you

Every Easter Sunday Florence celebrates Scoppio del Carro which means “the explosion of the cart” in the Italian language. This event has a long tradition of more than 350 years. An elaborate wagon built in 1622 and standing two to three stories high and decorated in garlands is pulled by oxen across the Florentine streets to the square between the Baptistry and Cathedral. At around 11 am the cart, full of suitable arsenal of fireworks, arrives at the front of the Cathedral on Piazza del Duomo. Accompanied by the “Gloria” sung inside the church, the Archbishop light the “Colombina” – a dove-shaped rocket that symbolizes the Holy Spirit. This sets off a magnificent firework to the cheers of all and gives good luck to the city and its citizens. 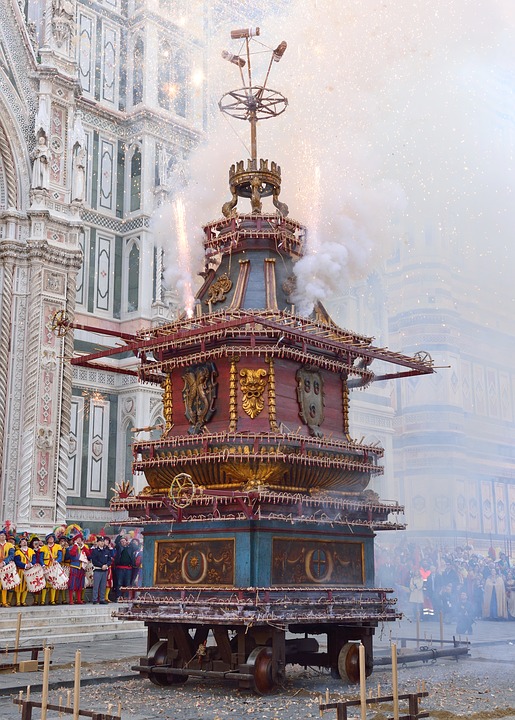 What: Maggio Musicale Fiorentino
When: late April – June
Where: venues across the city

From late April through June Florence becomes the ground and home to internationally acclaimed classical music concerts and recitals, opera and ballet during the Maggio Musicale Fiorentino, or May Music Festival. Tickets are hard to come by, so check the schedule in advance to buy them and enjoy the classical music in the city of art.

June is a great month to visit Florence because it is the month of Calcio Storico and St. John the Baptist Day. The Calcio Storico Fiorentino is a mix of soccer, rugby, and wrestling that originated in 16th century in Florence and played until now in historical costumes. It is played first in two semi-finals and on June 24 in the final match that determines the winner among four teams of 27 players representing the historical neighborhoods of Florence. The teams are Santa Croce (blue), Santo Spirito (white), Santa Maria Novella (red), and San Giovanni (green). Players are permitted to punch, kick and wrestle one another to score. When King Henry III of France attended Calcio Storico Fiorentino in 1573, he said it was ‘too small to be a war and too cruel to be a game’

On June 24 which is the feast day of Florence patron saint, St. John the Baptist, a splendid parade in historical costumes starts in Piazza Santa Maria Novella at 4 pm and makes its way through the city center to Piazza Santa Croce. Each team takes part in the parade including those that have already lost in semi-finals. The final game starts at 5 pm and tickets cost from 30 to 80 euro with the best central seats in Tribune A. After the game head to the Arno river banks to admire the spectacular fireworks launched from Piazzale Michelangelo. 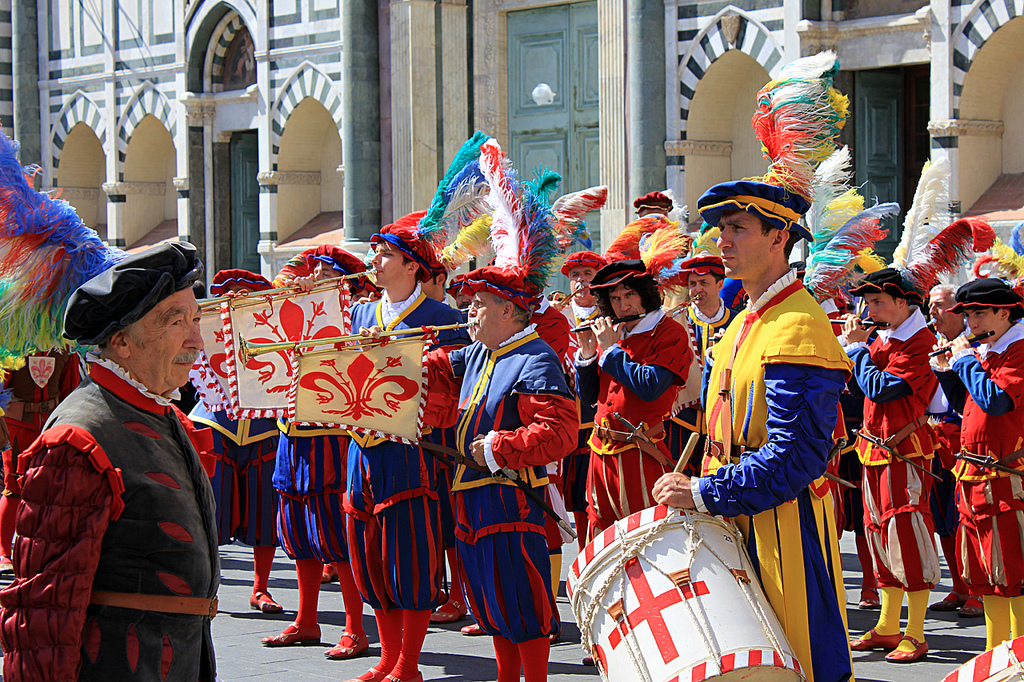 Estate Fiesolana is an annual summer festival that takes place from June through the end of July at the Teatro Romano in Fiesole, a town and commune of Florence. It comprises music, poetry, cinema, and dance program and is an unforgettable experience to enjoy a concert in an ancient Roman amphitheater.

What: Sesto d’Estate
When: mid-late June
Where: Villa Solaria in Sesto Fiorentino

The Sesto d’Estate Music Festival is a series of outdoor concerts it the charming gardens of Villa Solaria in Sesto Fiorentino which is close to Florence. The festival starts in mid-June and goes for a month with theater, dance, music and cultural events.

No celebration can be a real fest without delicious food! Italians with their mouth-watering cuisine know it well and on the feast day of San Lorenzo celebrate this day with live music, free lasagna, and watermelon for all visitors. The feast starts with a celebratory Mass in the San Lorenzo at 6 pm, continues on Piazza San Lorenzo at 7 pm and at 9 pm they serve the food.

What: La Festa delle Rificolone (Festival of the Paper Lanterns)
When: September, 7
Where: Piazza SS. Annunziata

In September Florence celebrates two feasts on September 7 and 8. According to Christianity, September 8 (the exact year is unknown) is the birthday of the Virgin Mary. This day is celebrated with a procession from Piazza Santa Felicita to Piazza SS. Annunziata and is called the Festival of the Paper Lanterns (La Festa delle Rificolone). The procession starts at 8 pm and if you want to participate you just need to pay for a paper lantern. Citizens walk through Florence carrying paper lanterns illuminated by candles inside. This tradition started back in the Renaissance when pilgrims from the surrounding towns and villages made the long trek into Florence to celebrate the holiday.

What: Nativity of Virgin Mary
When: September, 8
Where: Piazza del  Duomo

The next day celebrates Nativity of Virgin Mary and invites you to visit the famous Duomo, or Florence’s Cathedral Santa Maria del Fiore. The cathedral is dedicated to the Virgin Mary and its cornerstone was laid on September 8 in 1296. In her honor, on this day everyone can visit the terrace around the base of the Cathedral’s cupola for free to get one of the best views of Florence and the surrounding landscape. On this day the terrace is open from 10 am through 4.30 pm for free. Hurry up to take your place in the long queue! 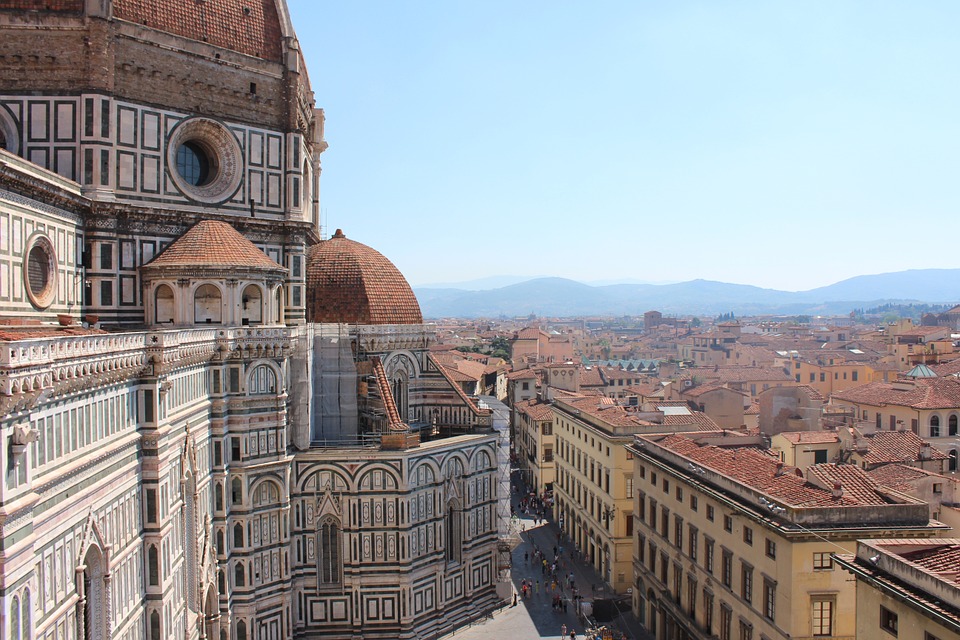 Santa Reparata was an ancient cathedral built in Florence on the place where now the Duomo is located. The archaeological digs carried on in 1971-1972 showed the original floor plan which now is open to visitors. Celebrations of the Festa di Santa Reparata include a historical parade, an evening ceremony is Santa Reparata’ crypt and guided visit and conferences on ‘Roman Florence’.

Do you want to see Florence as its locals see it? Request a personal city guiding tour and get help from Florence locals just clicking on the orange button below.

Experience Florence to the full with MeetnGreetMe concierge service!