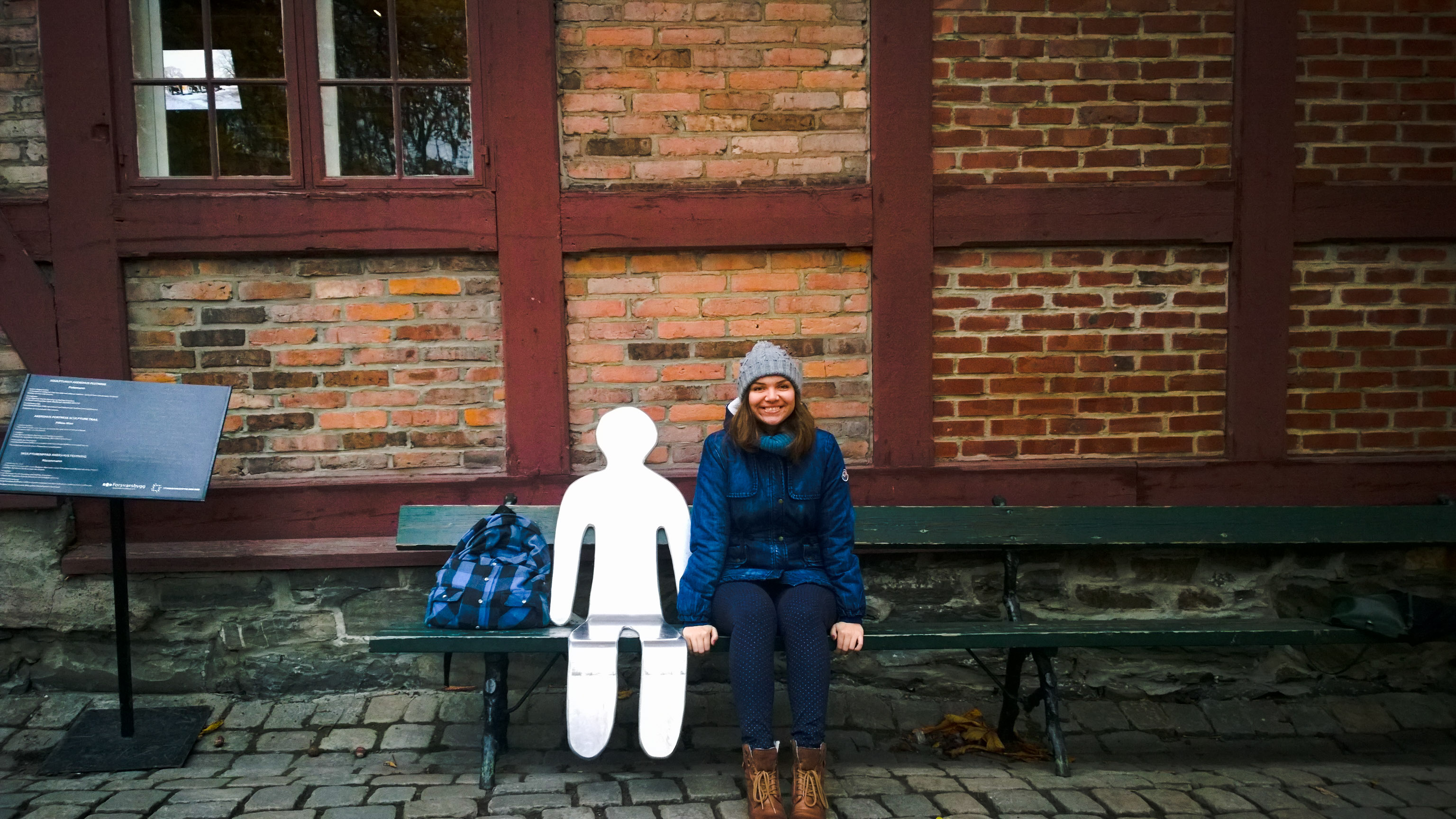 While I continue travelling the world, with MeetnGreetMe I keep bringing to you stories about my trips and adventures to different places. Previously I shared with you the story about my trip to Mount Etna in Sicily, and now I’m delighted to tell you everything Norway and the Nordic face.

Some countries can be described with specific cities or outstanding attractions. Norway must be really proud of its nature. The combination of water and mountains creates the cold magic atmosphere. According to ancient legend, the name Norway comes from the old word Norðrvegr, which means “the way north”, a name given to this long and craggy coast because it was largely ice-free in the wintertime. 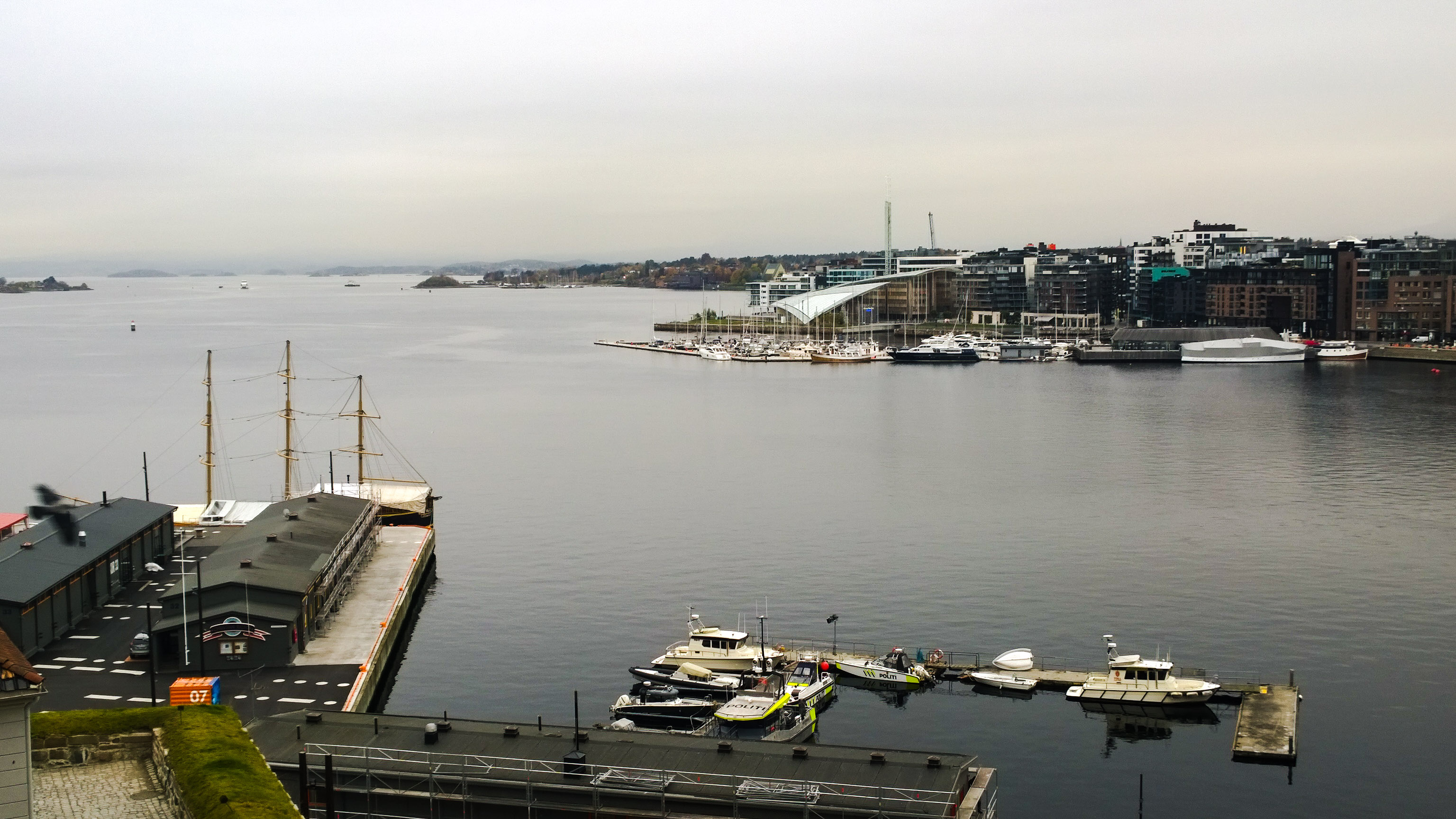 As soon as the wing of the plane touches the clouds, which as a side note cover the whole country almost 300 days a year, you find yourself in Norway, the miracle place. The fog that covers the country serves as a filter, giving to the general color and light more intensity. Because of this constant fog Norway can be called “The country under the hood”.

The first acquaintance with the country starts with Oslo, the capital city of Norway. Right after landing first thing you notice is the Nordic character. Almost every person has white hair and blue eyes, sharp facial features and a huge scarf covering half of the face.

A few words about the convenience of the public transport in Norway. First of all, there is a metro station right in the airport, so there is no need to wait for the shuttle bus or pay for the taxi. One ticket is valid for each means of transportation and lasts for 1 hour. 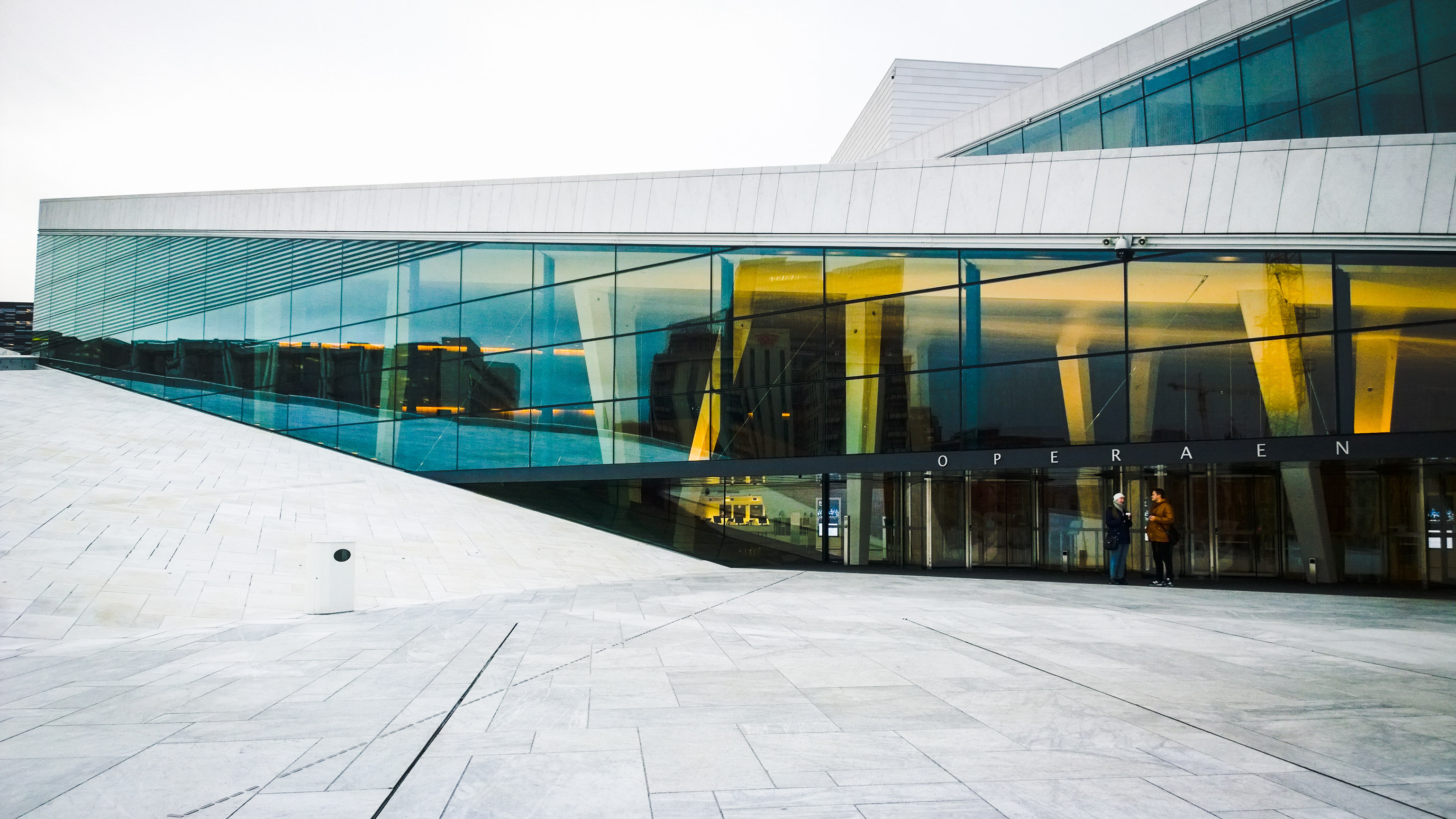 The city obviously lives by its own rules. The system itself is built on Norwegian honesty. There are no strict means of control in the public transport, no gates in the metro. It must be admitted that using this system you feel safer and more confident. A single ticket costs 3 euro. This fact can stop some people from purchase, but at the same time taking into consideration the price for the single ticket you can imagine the cost of the fine.

Moving up to the North, from country to country you can notice the gradual change of the level of well-being. It goes without saying that Norway is an expensive country. But it is expensive only for the tourists. As Norway is rich on oil, its citizens take the advantage of their geographical position and of course the presence of oil. The government controls the production of oil and any natural resource they find. That is why Norway was ranked the world’s first country in 2015 UN Prosperity Index for wealth and well-being.

The Nordic character can be noticed even in the layout of the city. Metal constructions neighboring deep red bricks and cold water make you like the city at the first glance.

The day of average Norway person starts with jogging. Early in the morning you can find people of different ages running with their dogs, children, neighbors. Overall the nation tends to follow a healthy lifestyle. Almost at every corner there are gyms situated in front of the kebab places for better motivation, I guess. 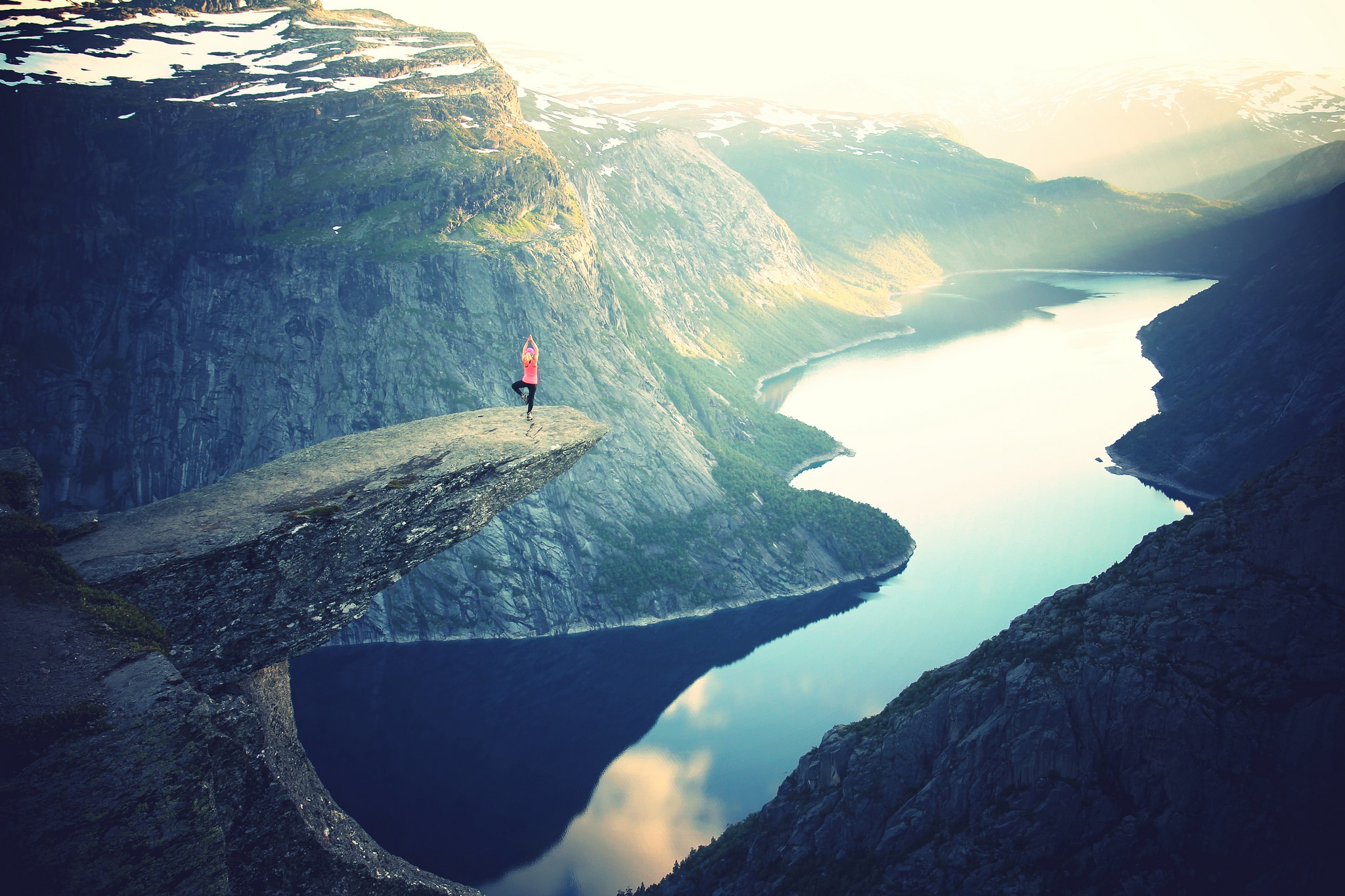 One interesting peculiarity I noticed about Norwegians is that they know the value of the light. As the country stays 250 days without the sunlight and constant fog make people appreciate the light. It even reflects in the design of their apartments. They don’t have one source of light as we got used to have, instead they use hundreds of small lights, lamps and floor lamps. They rarely shut the curtains in order to let more light in. That is why Oslo at night looks miraculous.

If you happen to visit Norway here are some advice on what to see, where to eat and try good coffee.

As I mentioned before it is an extremely expensive country and if you’re a budget traveler, avoid fancy restaurants, but go to the kebab area. And believe it or not there I tried the best and the biggest kebab for 4.30 only. Also, the most efficient way economy-wise will be supermarket Rema 1000. You can have a nice picnic or even barbeque in the park next to the Akershus castle.

If you feel like spending couple of Norwegian crones on food, you should definitely check the first indoor food market in Oslo, called Mathallen. There you will find fresh fish, dessert pies, cheese and great coffee from Solberg & Hansen.

Exploration of the city can be started at the building of the Opera house. It resembles a ship and the coolest thing about it is that you can walk up on the roof and see a cool panorama over the city and the fjord. Then go along the Akershus castle, defensive building used as a prison now host several museums and has a great observation point. Right next to the walls of the castle there is a wide green area – Kontraskjæret –where you can see concerts or other events. To finish your walking tour, have a walk along the Akerselva river bank, moving up you will find yourself at Grünerløkka area, the place of creative art and culture. 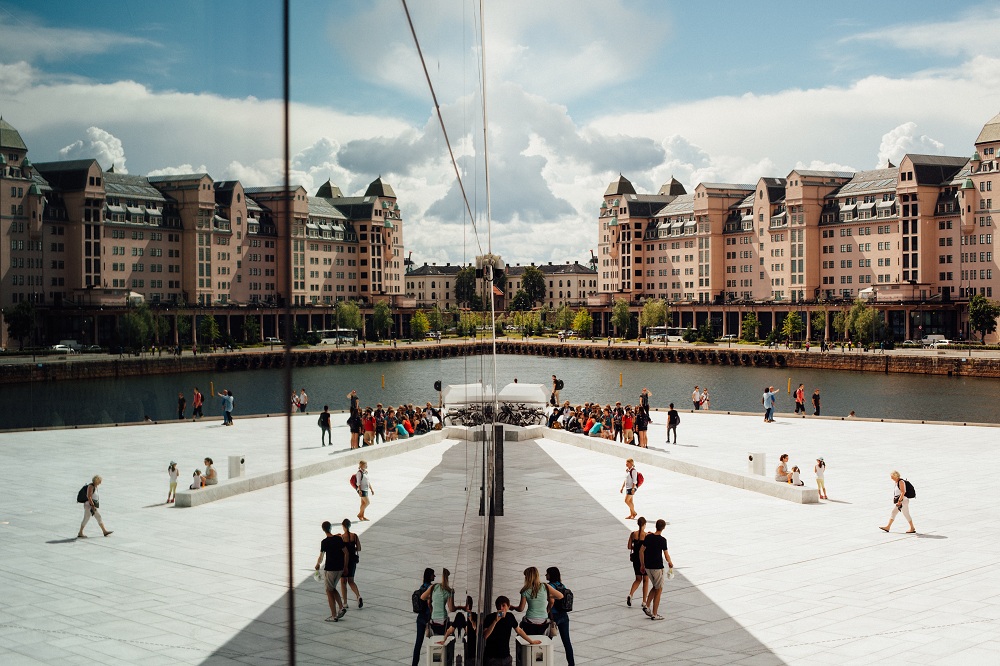 As any country Norway requires time to explore. You can start from Oslo and then definitely move to fjords. The tendency of preserving its nature but at the same time gaining the status of the best world economy makes you respect the country and its people. According to locals, Norwegian beauty starts from the northern part of Trondheim. It is the starting point for wild places, arctic sceneries, wolves, dead ends and cold winds.

Stay tuned for more articles from me.

Until then, take care and I wish great trips to you!