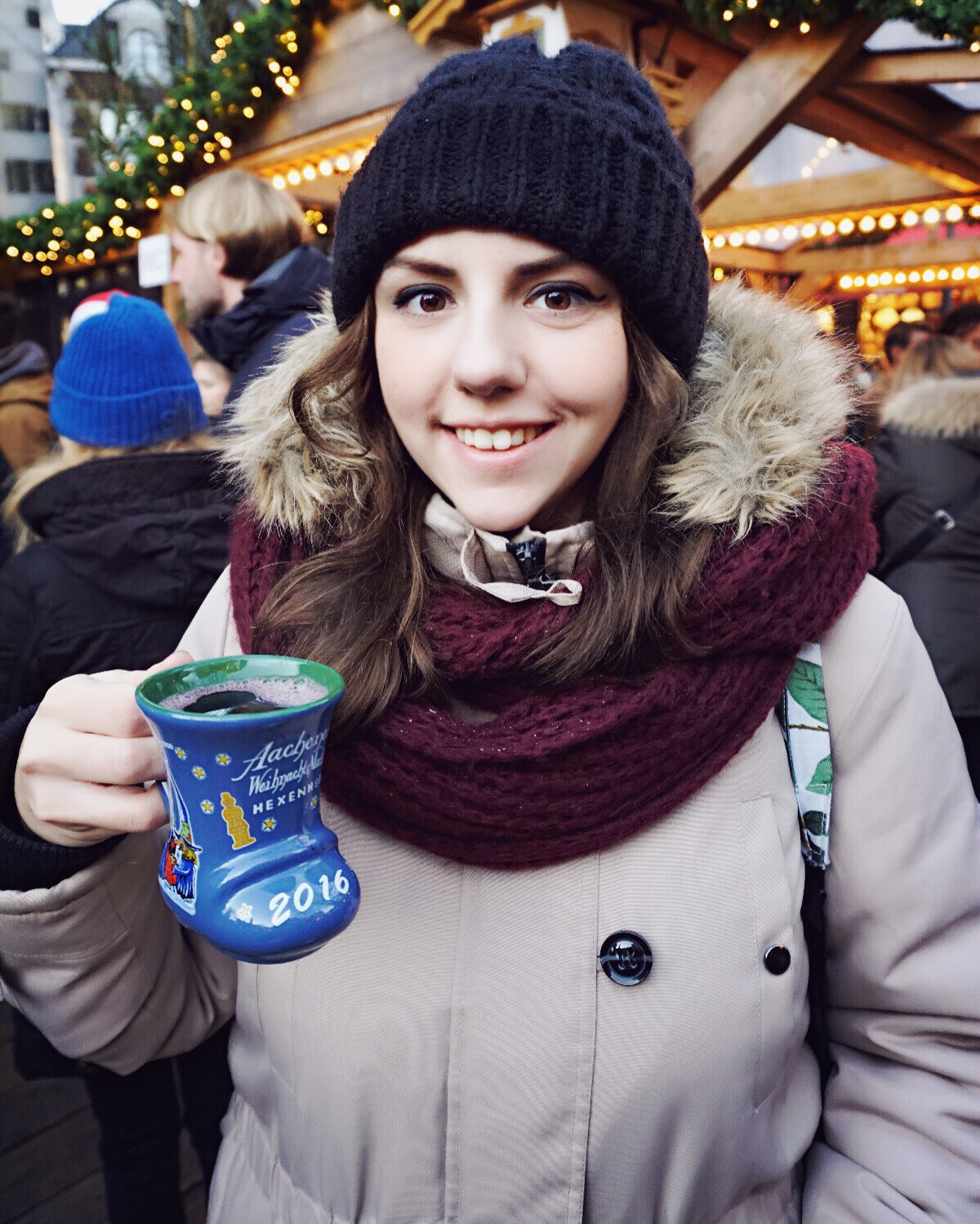 We are glad to have another travel blogger on board! Say hi to Fox Adventurer, a gracious animal with golden fur and sharp mind. …or just Liz. Liz is both an experienced traveler and UX designer, always with an eye for something amazing, beautiful and inspiring. Enjoy her travel tips from her trip to Germany and the Netherlands!

My small winter tour around Europe started with a thought “I wish Christmas came faster! What if I went to a Christmas market?”

So I packed my small pink bag, embarked on a plane to Amsterdam and flew in search of new adventures. 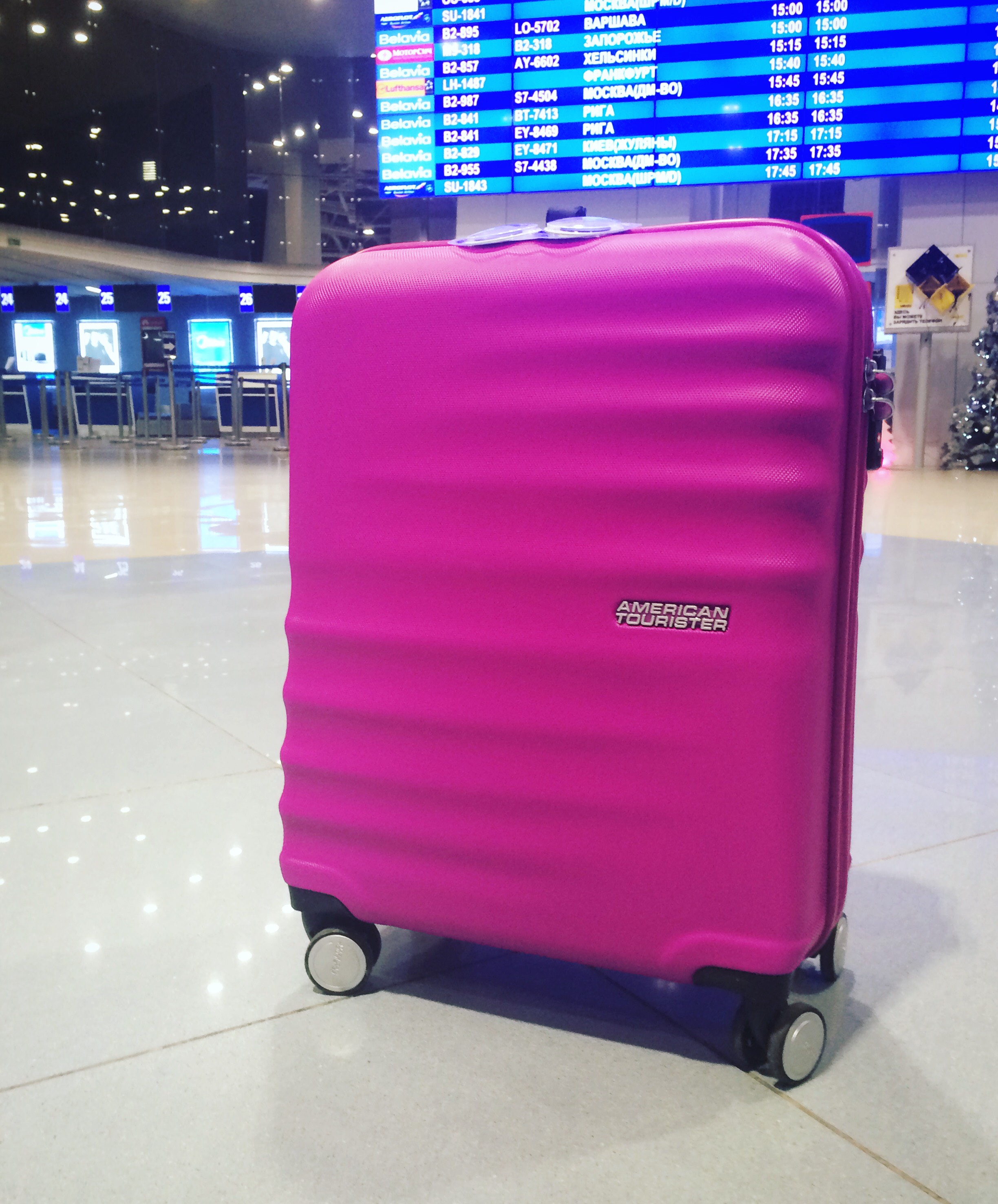 I should note that this year the Netherlands have unusually warm, dry and sunny weather unlike in the previous several years.

I was thinking a lot in which cities and countries Christmas markets will be the most vivid and the most memorable, so I was drawing lists of possible towns and creating itineraries. However, as it happens more often, the first town found me all of a sudden. So, the first destination is a German town of Aachen.

From Amsterdam you can reach Aachen only with a few changes. First you need to get to Maastricht, then go on bus. This trip will cost you 35 euro. All 3 hours of the train trip I was admiring beautiful Dutch landscapes, so time flashed. 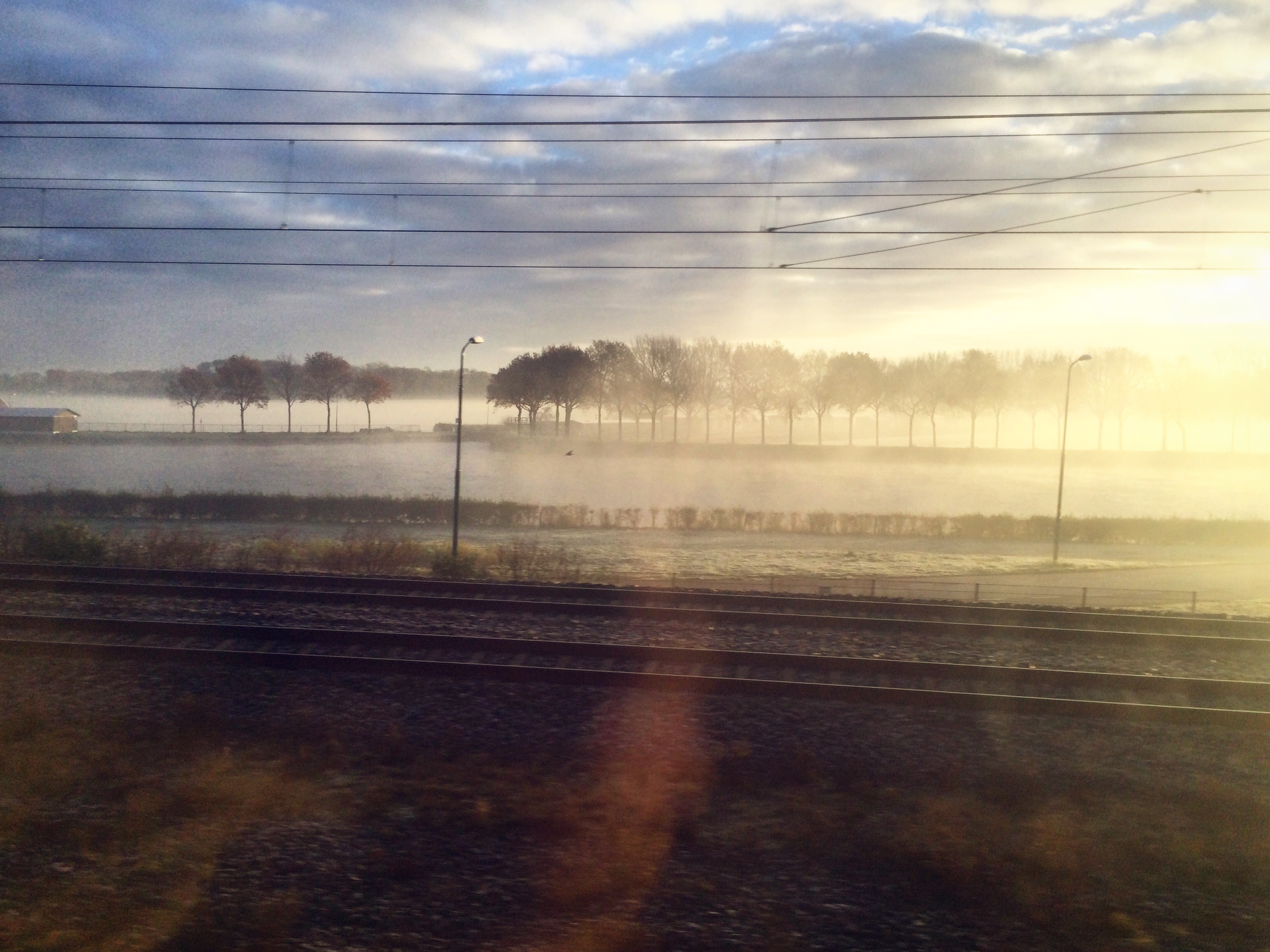 After nice weather in Amsterdam, Maastricht greeted us with a grey sky and fog. 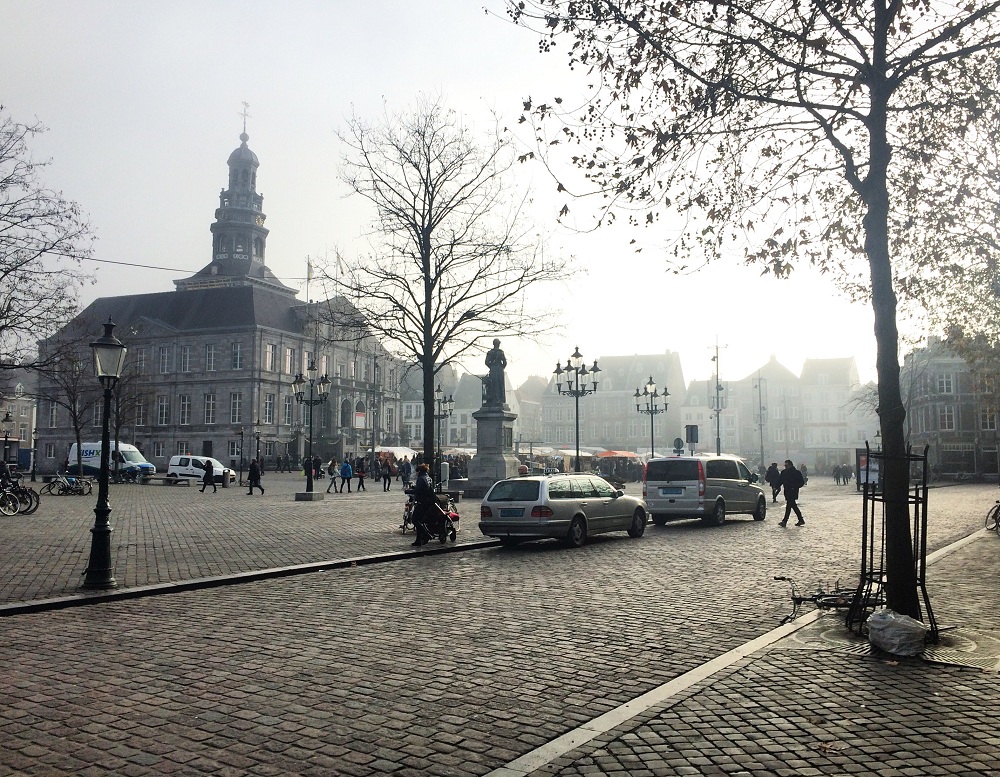 Some brief information about the town. Maastricht is located at the border between the Netherlands, Belgium and Germany and this, quite possibly, affected the way it looks. In my opinion, it is the most Western-European and the most non-Dutch town of all the towns in the country. It doesn’t have neither usual houses that look like doll’s houses nor the canals’ net. One can understand that is still in the Netherlands only because of the language which is different from all the other languages and is heard from all the corners.

Initially we considered this town only as a “terminal base”, but since we were there, it would be a sin not to look around! We had one hour for the town. We walked everywhere and nevertheless it was pretty, still we were heading for magic and beauty, so we needed to hurry up.

Oh, we were so wrong! We decided to reach the bus station with another itinerary, we rounded a corner, and there was… 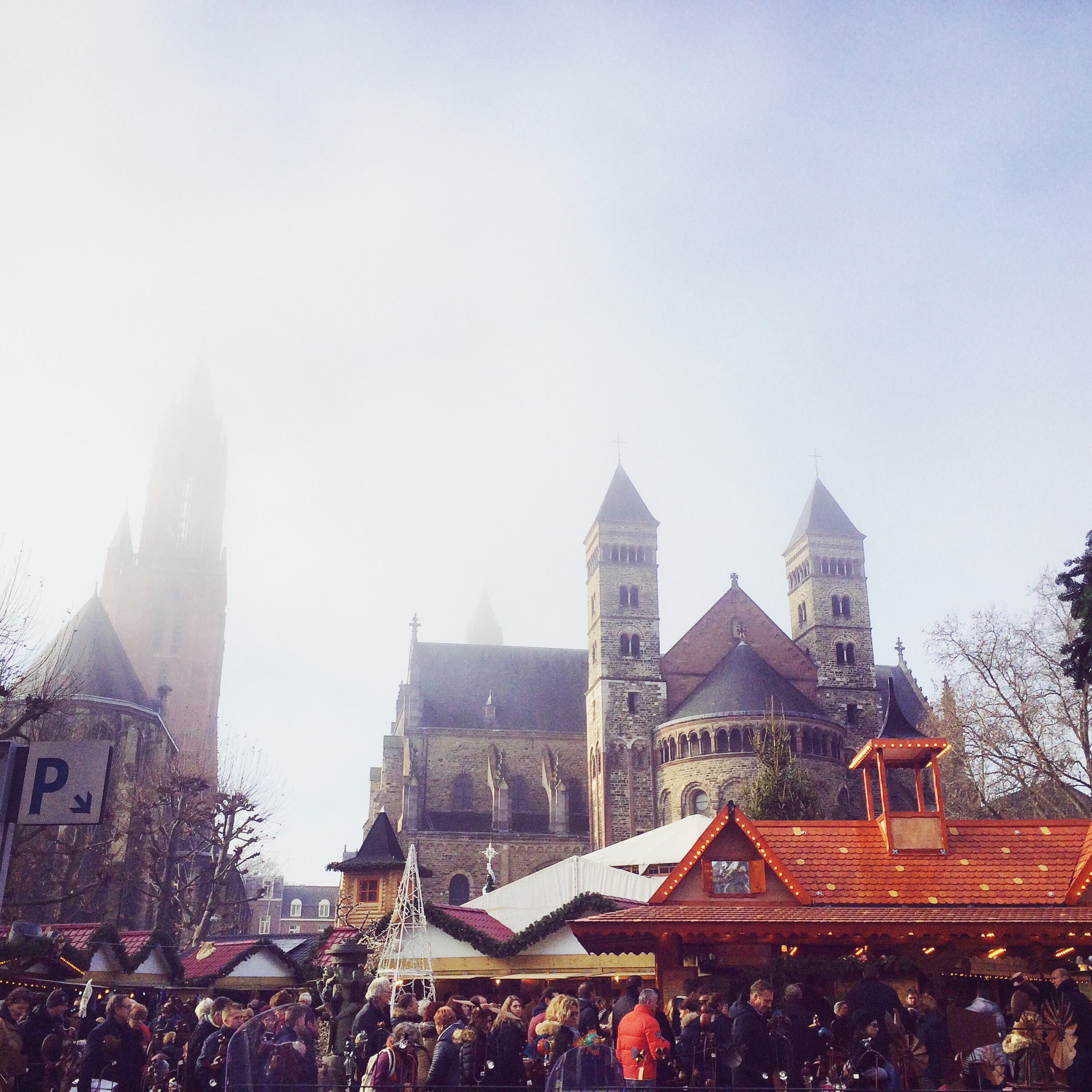 an unbelievable Christmas market on Vrijthof square with a beautiful view on the castle, with an ice skating rink and even a Ferris wheel. Later we learned that “Magical Maastricht” is one of the best Christmas markets in the Netherlands. They carefully preserve old Christmas traditions and hand them down from generation to generation.

So, one hour became two hours and then even three hours spent in the town.

Fox’s advice: when you are in the Netherlands, spend one or better two days in Maastricht. Believe me, this town deserves it.

With a promise given to ourselves to come back, we made a photo to remember that day and hurried for the bus. 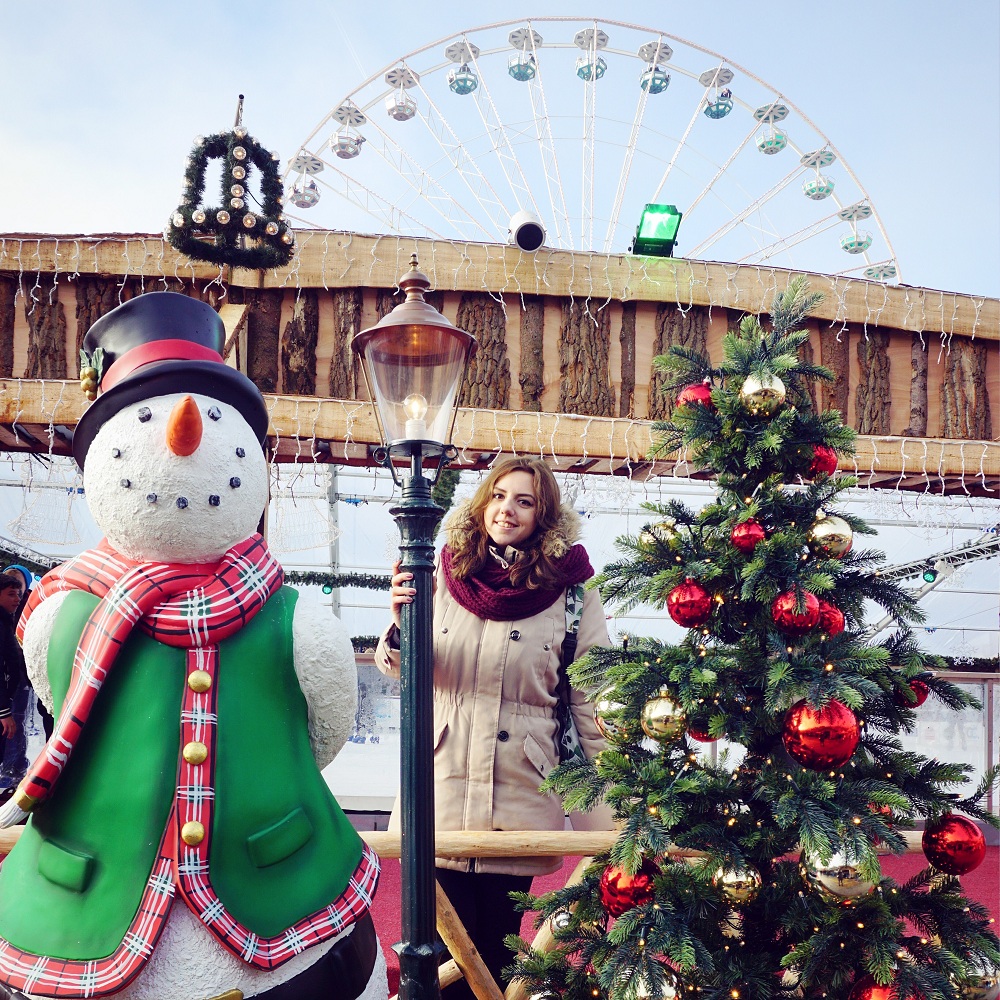 We reached Aachen by bus at around 4 pm, the trip took up about one hour. Upon arrival we immediately noticed the difference: instead of fine French houses there were panel buildings, all shops were closed and streets were almost empty. Well, so this is how a border town in Germany looks like on Saturday evening, huh? But we decided to give a chance to Aachen. In 20 minutes along empty streets we found the main cathedral. At that moment we understood where all the town dwellers were lost.

Christmas markets in Germany amaze with their scale and festive atmosphere. It is a great event for every town. People can go to the Christmas market in the morning and leave it only in the evening with big bags full of gifts, candies and souvenirs. And they will never pass by one stall even twice during the day. 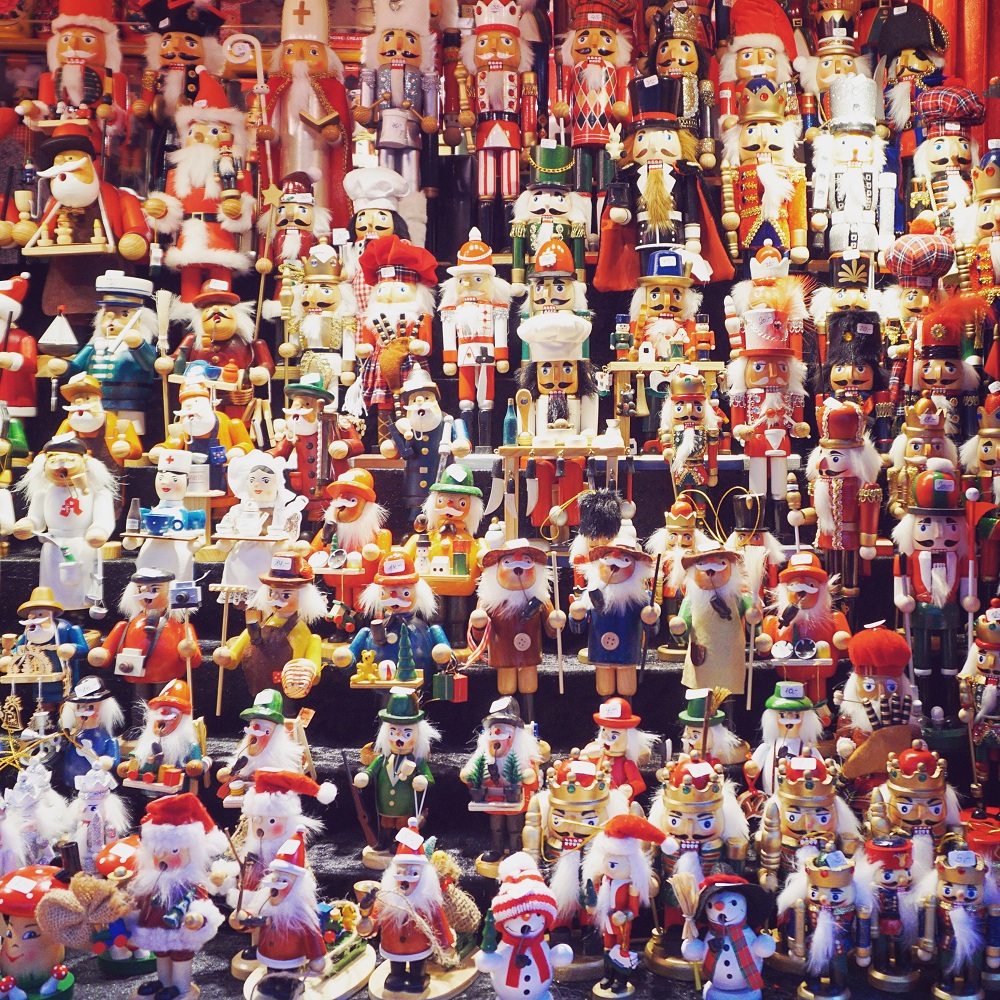 By the way, Christmas markets offer food that cater to every taste. These are traditional German sausages with cabbage, hot dogs, apples in caramel sauce, and even roasted chestnuts. Personally, I couldn’t pass by tastiest traditional Lebkuchens. So I tried them and bought a few of them for my friends in Minsk.

And don’t forget to warm up with a drink! Coming to a Christmas market and not treating yourself with a cup of gluehwein is a real crime! If the dark side offered the gluehwein that I tried in Aachen, I would have joined it, I swear!

Fox’s advice: if you are not a wine fan or if you treat yourself with gluehwein since the beginning of winter, take an eierpunsch (literally “egg punch”) with whipped cream. Believe me, it is worth 3,5 euro!

By the way, don’t be scared if you will be asked to pay 6 euro instead of 3,5. All the heating drinks are poured in special souvenir mugs. It is up to you: whether to keep it with you as a pleasant memory about the trip or to give it back and return 2,5 euro.

Happy, sated and a bit tired we headed home because the next day was Sunday. And it means that another city and new adventures are waiting for us!

Christmas in Germany : Best Bits
What to do on Christmas in London (Part 1)
Christmas Around the World: Christmas Gifts and Tr...