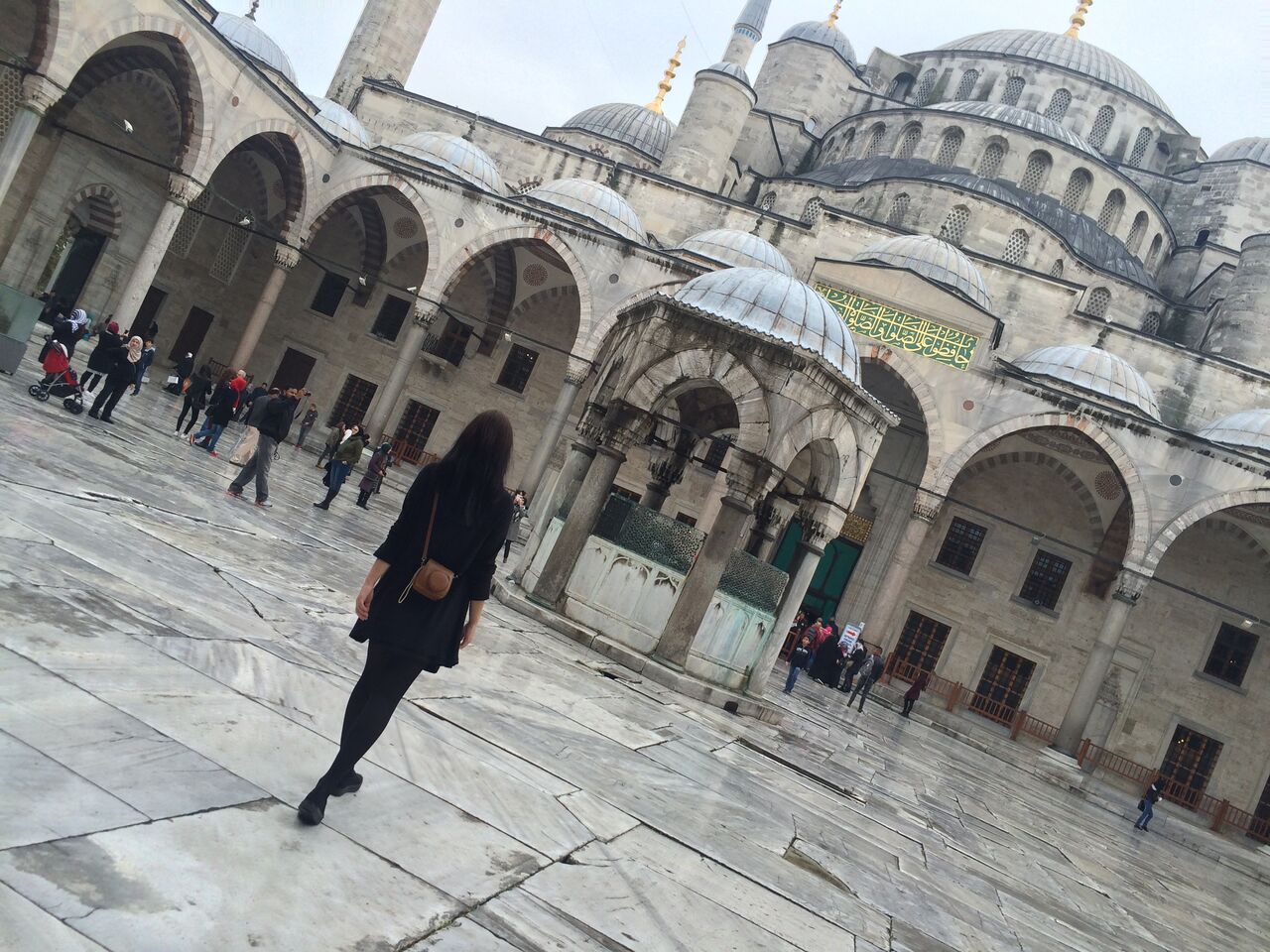 My name is Anna. I am an experienced traveler and active MeetnGreeter evangelist.

What matters most to me, as a girl, is safety when I travel solo. At the same, who said that safety doesn’t mean fun? ;)

Let me tell you about my trip to Istanbul, Turkey.

My first impression of Istanbul?

Oh my God, so many cats! 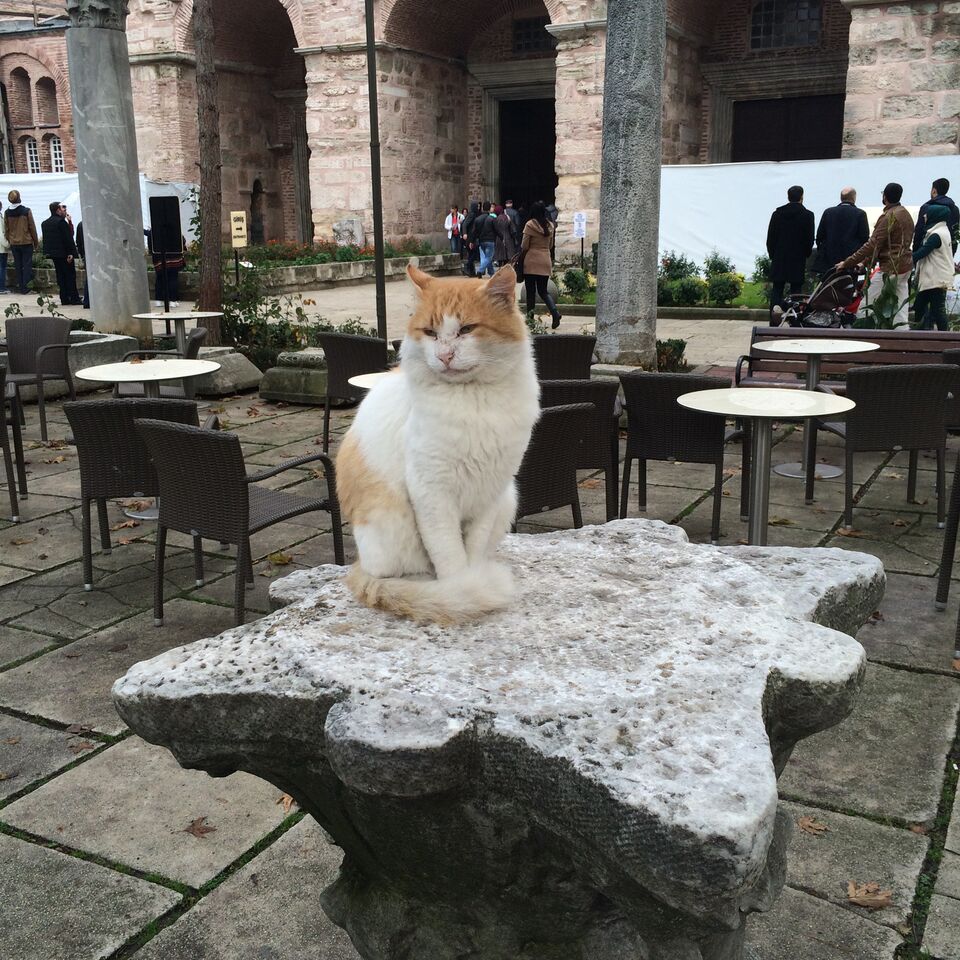 Cats were everywhere: on a beach, in mosques, on markets, in the underground, on ferries, in the airport… They were of all colors and sizes. If you would take photos only of cats in Istanbul, you could gather a big photo gallery in only a few hours so that you would not get bored on the way home – you won’t manage to leaf it all through.

But I will tell you about my trip step by step.

Before I start telling you about the places we visited in Istanbul, I want to tell you about my first impressions of the city and its local people, about what we loved and about things which now we tell with a smile though at that time they disappointed us a lot and spoiled the overall impression from the Turkish metropolis.

We arrived to Istanbul at night. We were tired after two flights and wanted to reach the hotel as soon as possible and fall asleep.

At the airport we called a taxi a started looking for an exit where the car was to drive up to. It wasn’t so easy: Wi-Fi connection was weak and Ataturk Airport busted with yellow taxis. And instead of looking out the car with the right plate, you beat off Turkish taxi drivers offering their service in two, three, no, in a hundred times “cheaper” than others!

The car has arrived, so in some 15 minutes we should be at the hotel… at least we thought like that. I will not describe in detail how it was and what we thought about the driver, but we rode 30 km more than we needed to. Yandex Navigator was trying to help him, but the driver didn’t pay much attention to it. In any case, we were happy that finally we got to the hotel.

Advice: If you don’t want to spend all your money for a taxi, take a sit next to the driver and show him the initial and final points and a suggested itinerary.

The hotel was absolutely marvelous. Our room had a terrace with clear Marmara Sea and Blue Mosque view. What can be better than fighting against seagulls for our breakfast! :) They were legion, just as cats. 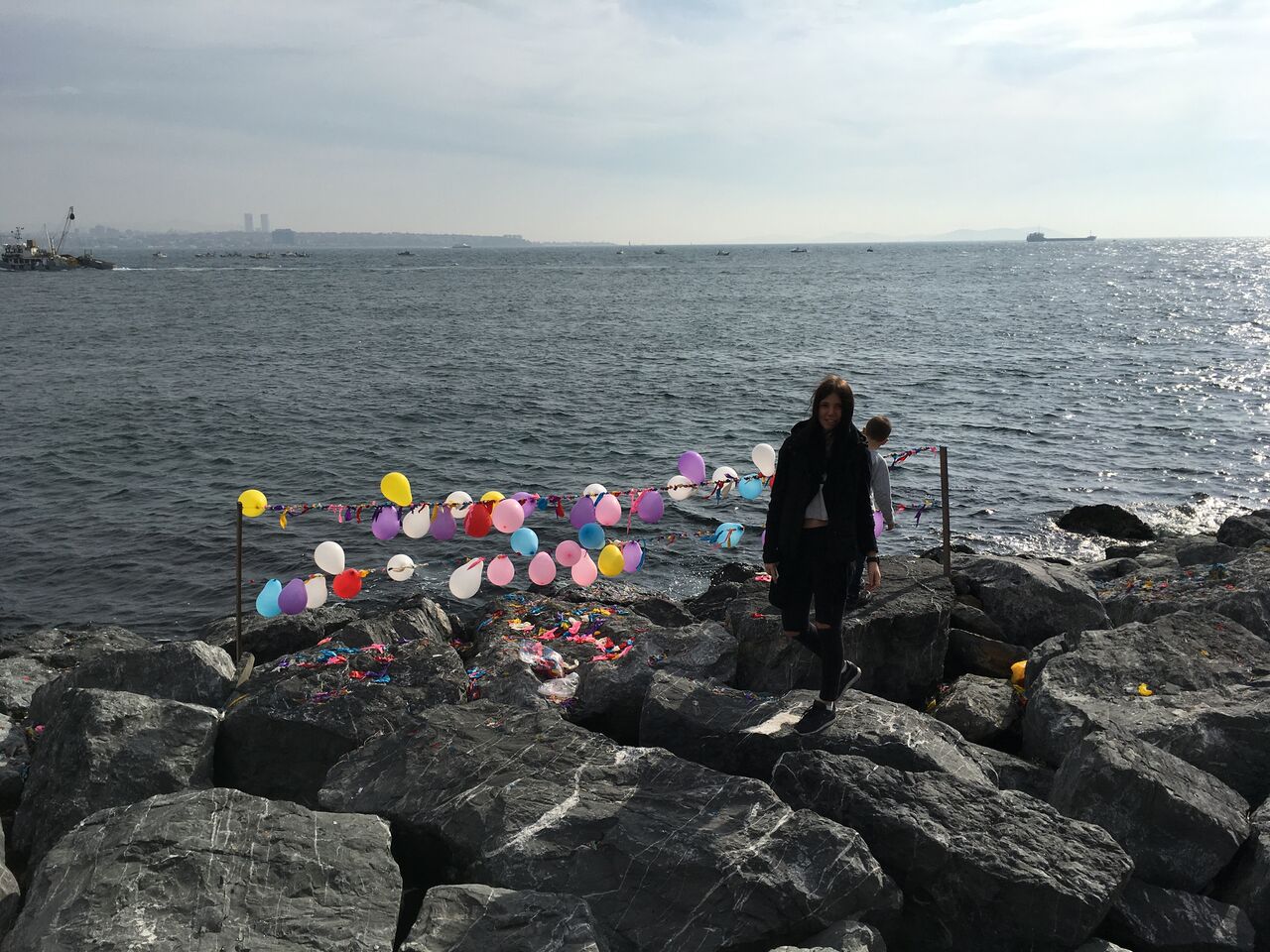 After breakfast we usually walked along the Kennedy sea front which seemed endless. Its length is 13 km along Marmara Sea, and these are 13 km of tourists, fishers, people who want to relax on fresh maritime air, cats, seagulls, and couples enjoying the beauty of Istanbul’s views.

There were many anecdotes on the way to the sea front’s Northern part and here’s one of them.

Watch out for Turkish shoe shiners

We were strolling along the sea front when a young shoe shiner ran past us as if in a hurry with a full set for shoes polishing (brushes, shoe polish, cloth, etc.). He dropped something next to us and, of course, we called him and gave the thing that had fallen. After that he polished our shoes for free as a gesture of thanks. But later this “for free” turned out to cost 5-10$. Even if at the beginning we were ready to give him a few dollars for his work, then we didn’t know what to do.

Advice: See through the trick and don’t fall for it.

You can’t do anything; this is their way to earn money. However, sometimes tourists really pay to them. This situation didn’t spoil our mood and we moved on.

Istanbul ferries are one of the city public transport. For 4-5 liras (1 euro) you can cross the Bosporus and enjoy a beautiful view. 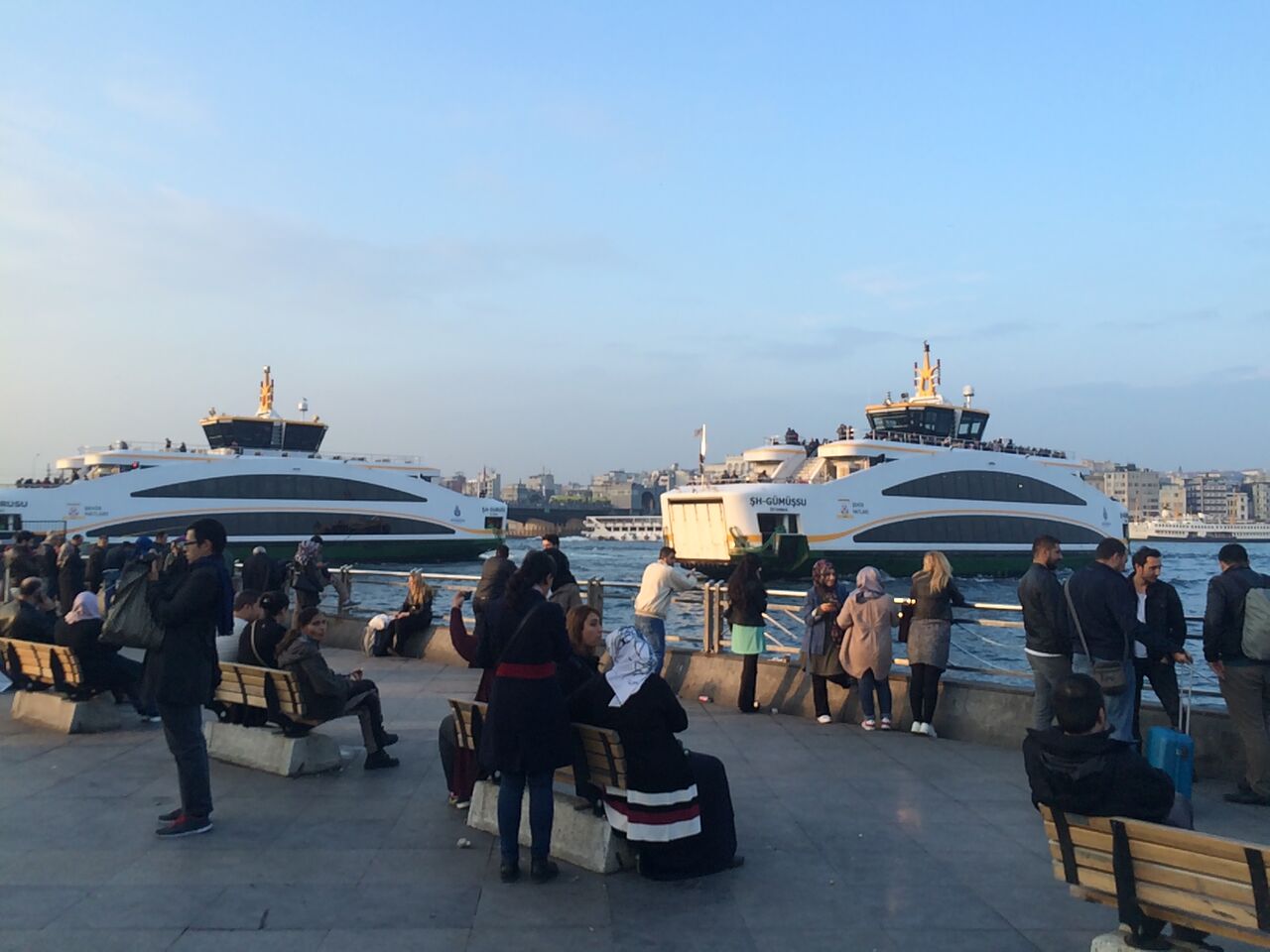 It was interesting to watch fishers who backed up along the bridge and fished. Behind them there were cats lined in search of food. Some fishermen were there with their families, children were running and playing and wives were cooking.

Below the bridge in Istanbul there are clubs and cafes. So if you sit in one of them drinking Turkish coffee, you can see a fishing line falling and then raising with a fish on it.

At that moment I realized that it would have been useful to ask local Turkish people in advance about the transport system and payments.

Advice: Always have cash with you and preferably, small bills and coins. Don’t rely on credit cards, sometimes you won’t be able to use them.

And if in this situation no local is able and willing to help you, you can spend much time on unscheduled things and bring you down. We rode ferries often and during these trips time span away. We were admiring the view, drinking tea, trying to take pictures of something interesting, and during these trips we were constantly accompanied by seagulls. It is beyond words how much I didn’t want to come back home at those moments.

Unfortunately, our trip to Istanbul didn’t last long. I came to a conclusion that you need to stay there for at least 10 days to see all the landmarks… no, hardly all of them, they are too numerous in Istanbul. And we visited some of them.

If I say that there are many mosques in Istanbul, I would make a mistake because there is enormous number of them. Sultanahmet area boasts the most visited mosques. We were lucky to live in the historical center so we could visit many major attractions. For example, we saw the Sultanahmet square and a beautiful Blue Mosque view.

It is unbelievably beautiful inside the Blue Mosque which is also called The Sultan Ahmed Mosque.

It’s difficult to imagine Istanbul without the Blue Mosque. It is located right in front of the Hagia Sophia which used to be a Cathedral until 1453 and after that year it became a mosque. 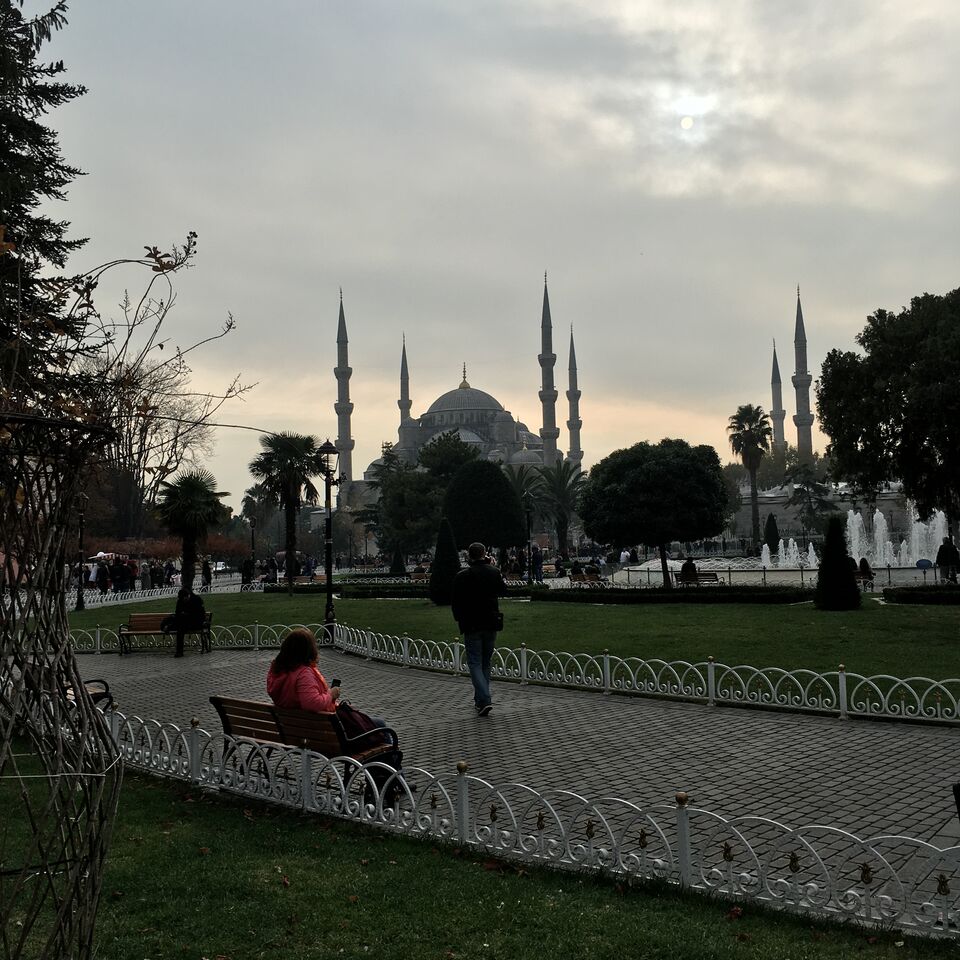 These two architectural masterpieces render the square unique. Some tourists told us that sultan Ahmed was the 14th ruler in the Ottoman Empire, he ascended to the throne at the age of 14 and ruled for 14 years. An interesting play on numbers. I guess that’s why we paid $14 for 2 small cakes on the Blue Mosque square.

Advice: Just like in any other tourist city, people earn on tourists here. So if you are on a tight budget, just don’t buy anything unnecessary.

After visiting the Blue Mosque, we decided to explore the Hagia Sophia (or Sancta Sophia) in Istanbul. It was full people from all over the world who came to see its beauty. 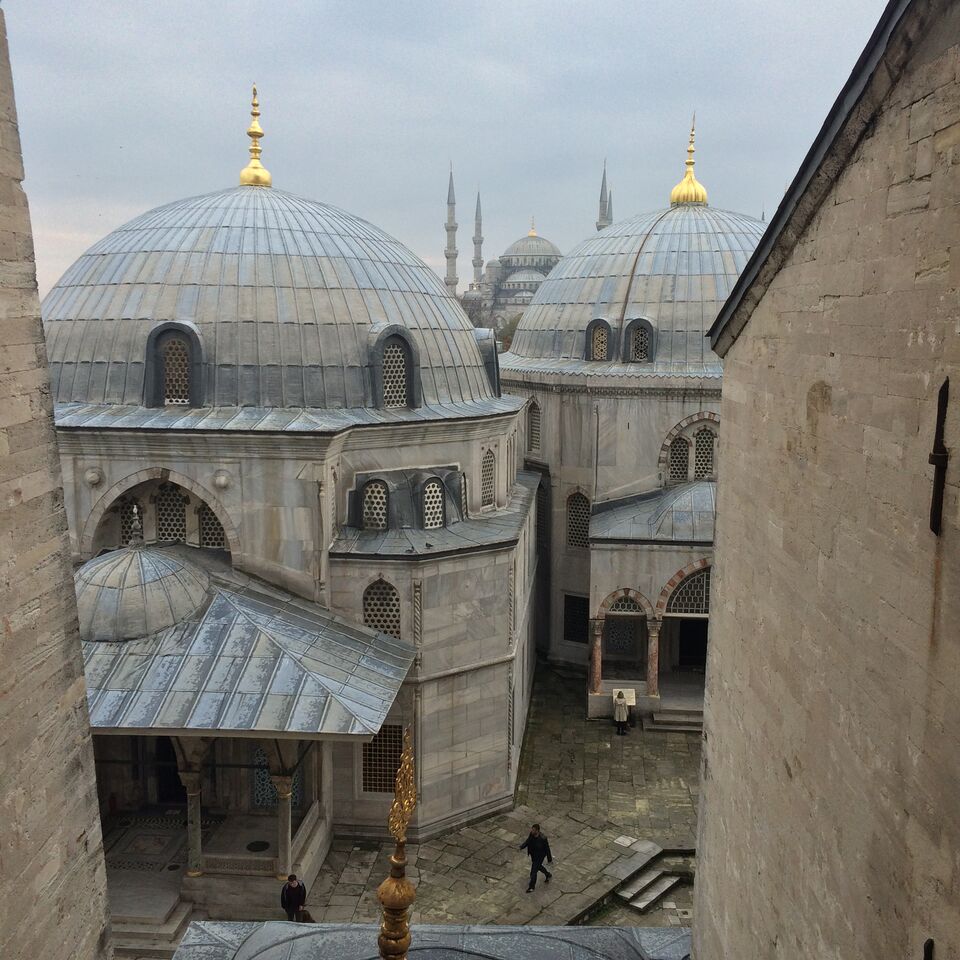 By the way, if you are brave enough you can try joining an excursion group of your language for free. We tried, but our guide wasn’t very friendly. Frankly speaking, at that moment we felt sorry that there was no one with us who could tell us everything in English or Russian. Now I realize that we should have thought about asking Turkish local people for help before the travel.

You should definitely go to the Hagia Sophia (there are only three such cathedrals in the world: in Kiev, Istanbul and Polotsk). These are impressions for all my life. As it seemed to me, it was useless to take photos. No photograph would show all that beauty, might and power. But I tried.

And yes, don’t forget to take an empty memory card, you’ll need it. 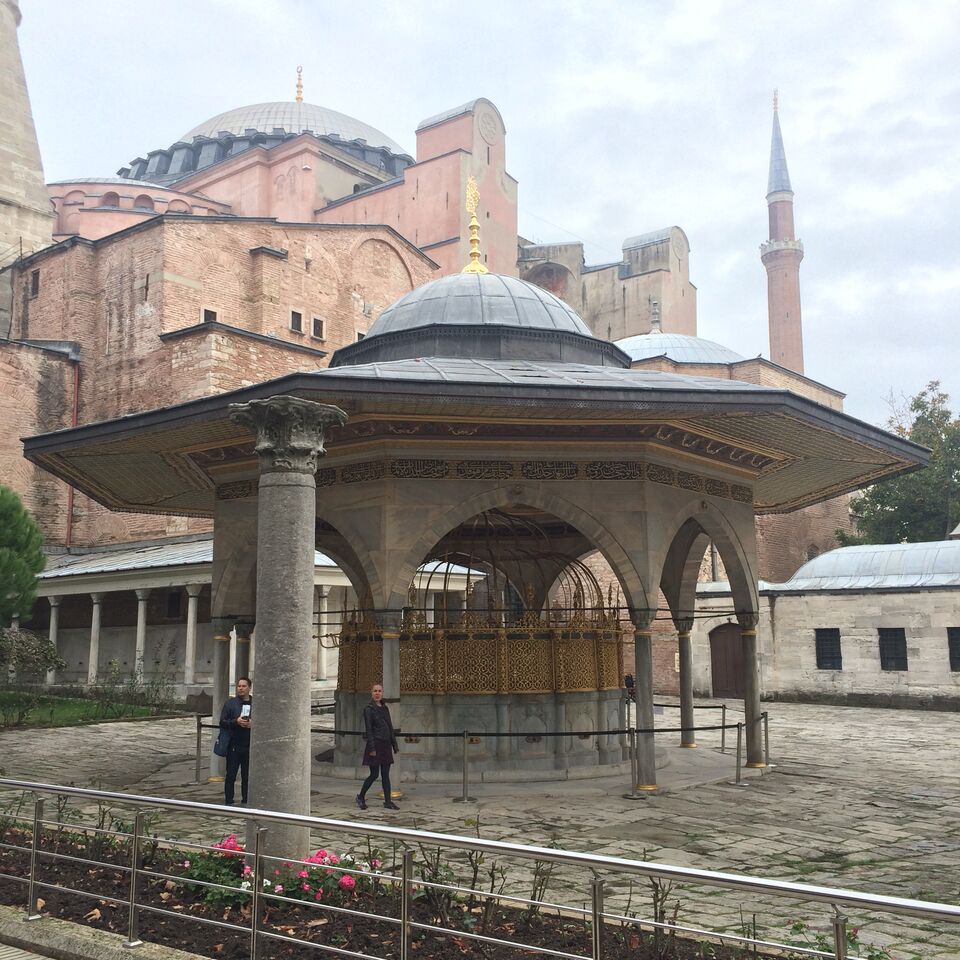 Those who have already watched “Inferno” movie probably were impressed by the final scene place which is located in Istanbul. Basilica Cistern is incredible! You descend and as if get lost in time. You walk and don’t notice anyone. Music, colors, water with huge fish… Everything makes an enchanting impression. You should definitely find the Gorgon Medusa. They say, you shall not look at her eyes and that’s why Medusa is placed upside down.

Maybe we could have made more photos, but we didn’t have time for that. We walked, threw coins in water, made wishes. It was absolutely great there. Travel and enjoy every moment of your life. And think in advance if you may need some help from local people. MeetnGreetMe will help you with that.

My Solo Trip to Goa, India
Top 10 Things to Do in Barcelona
Best Free Museums to Visit in London